The main threat areas are well north and northeast of Atlanta. Heavy snowfall and ice accumulations are likely in that area. Pockets of freezing rain and a rain and snow mix are likely around metro Atlanta.

The National Weather Service has issued a Winter Storm Warning for portions of northeast Georgia from 10 p.m. Saturday through Sunday night ahead of the potential winter weather. 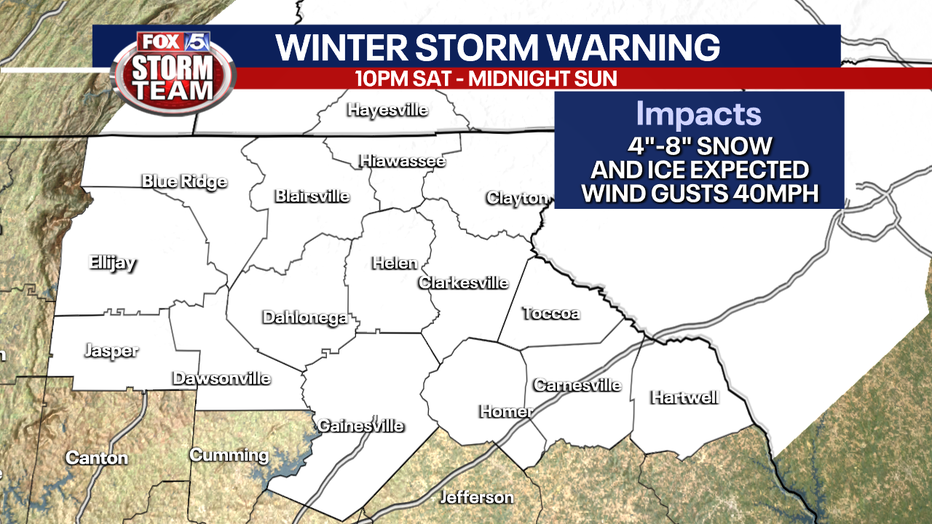 Temperatures are projected to rise during a mini warming trend that will cap out in the mid-to-high 50s on Saturday. That means that wintry precipitation isn’t likely to impact the Georgia Bulldogs football team’s victory celebrations that afternoon.

The exact amount of potential precipitation is unclear, but some parts of the viewing area could see measurable snow. 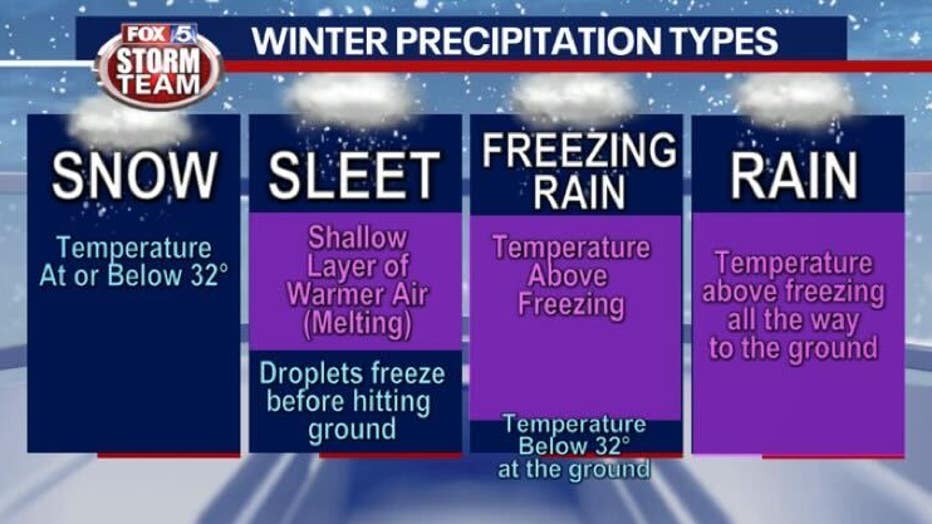 The precipitation type may not be constant throughout. Many areas start as rain Saturday evening, but can change to freezing rain or a mix going into early Sunday. And as the coldest air comes in behind the system, many more areas can change over to snow for a short period of time.

By midnight on Sunday, the extended outlook calls for rain in Atlanta and the south and west metro areas with the possibility of snow or a rain-snow mix in the north and east metro areas. The band of wintry weather continues east of Athens and north of Gainesville. 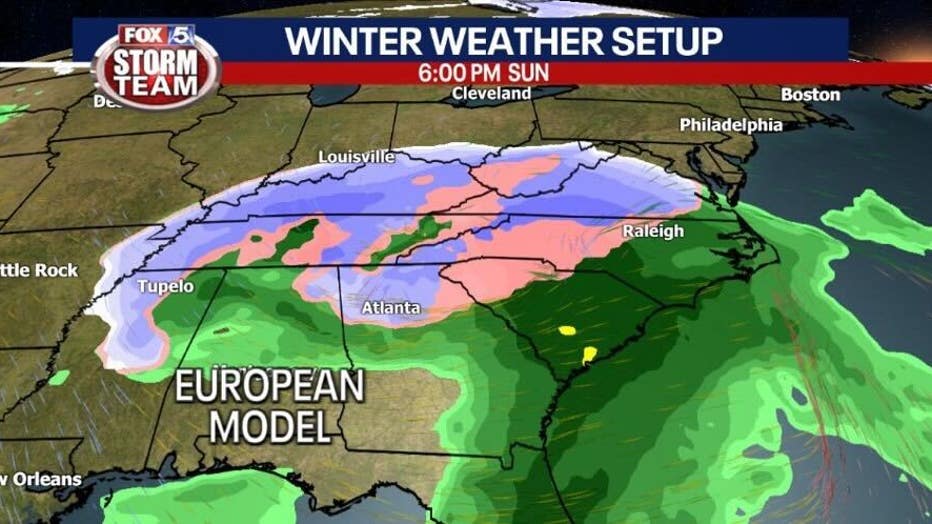 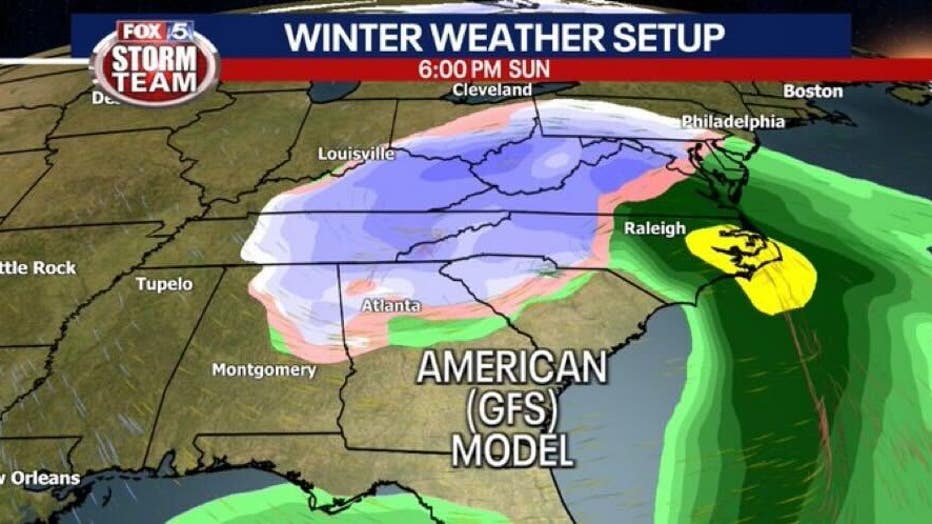 What will be important is how the system tracks through Georgia and how much cold air is already in place. A stronger wedge leads to an icier scenario for northeast Georgia and parts of the metro.  The Euro and GFS models disagree on the type of precipitation North Georgia and metro Atlanta could see.

The Euro shows freezing rain and ice accumulations becoming an issue. The GFS does not. 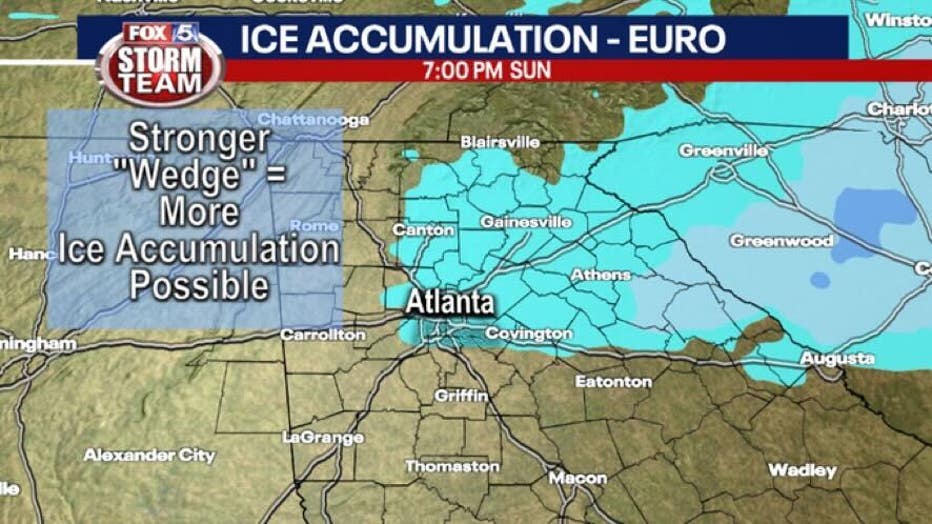 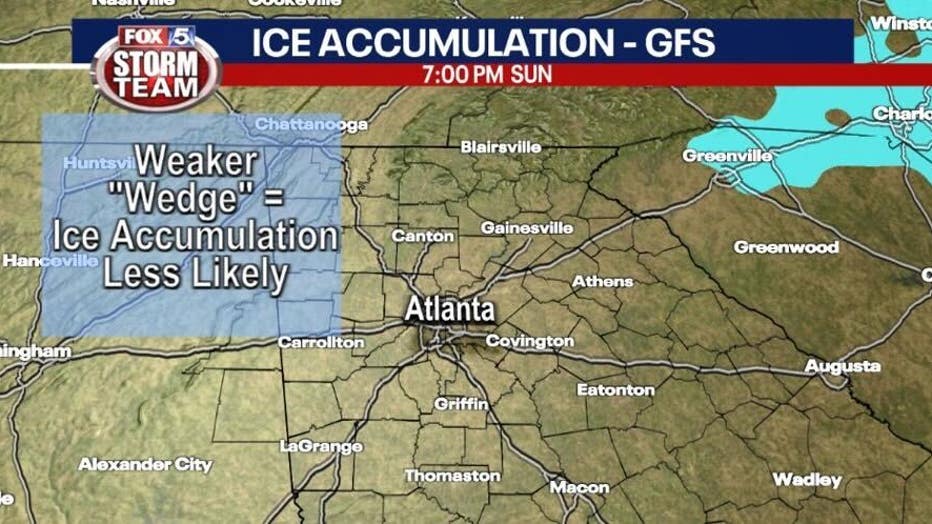 Snow could be falling in Atlanta and all the surrounding metro area by 7 a.m. on Sunday. The extended outlook shows the wintry precipitation stretching as far south as Macon, barely making it far enough to the west to touch Troup County and spanning east into South Carolina.

Side by side comparison by Sunday afternoon where both models indicate at least some period of changeover to snow for mainly areas north of I-20. How long it lasts and what else may be mixed in at times will determine how much accumulation can happen. Accumulations are, naturally, most likely in the mountains. 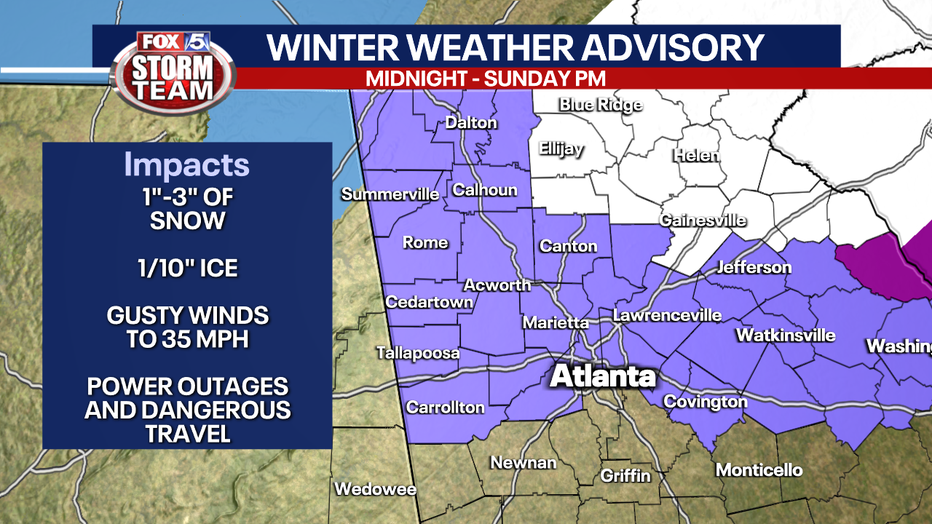 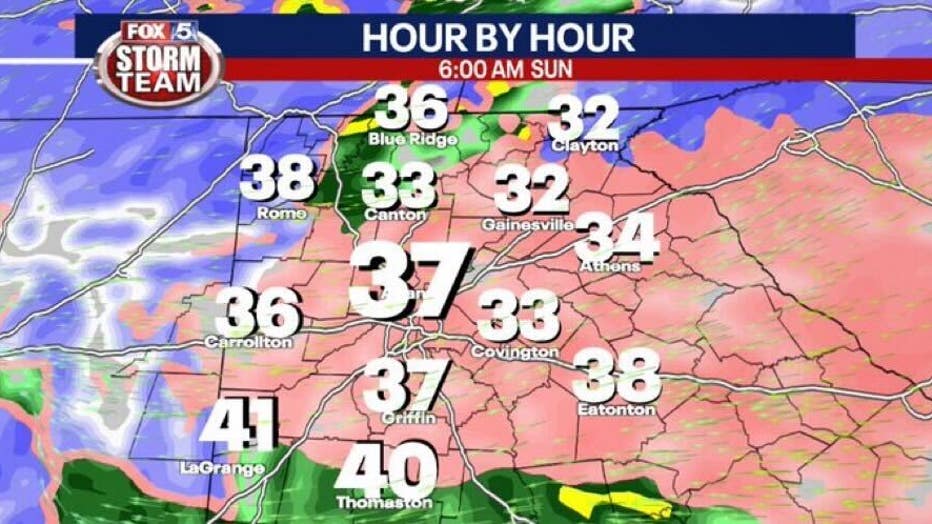 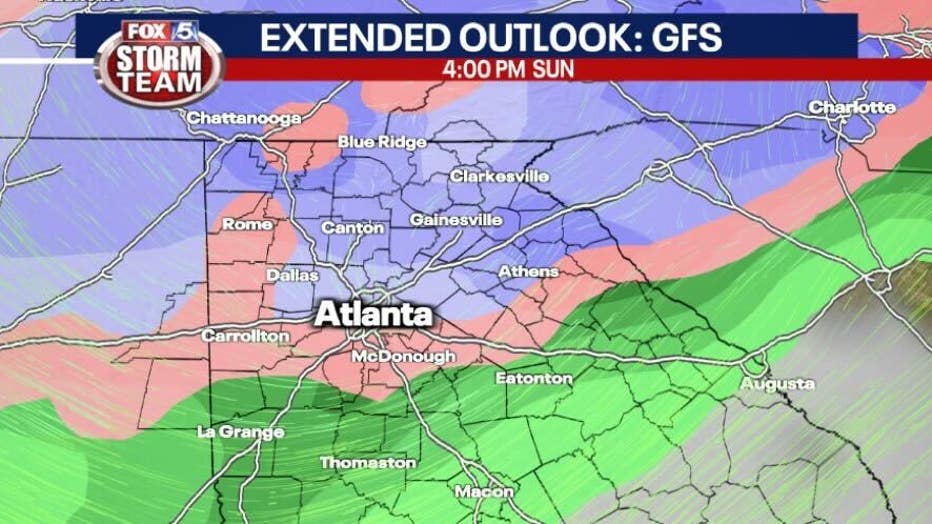 The Euro model shows snow or a rain-snow mix extending farther south than the GFS model.

Wind Advisory will be in effect from midnight through noon Sunday. Metro Atlanta should expect wind gusts up to 40 mph, but in the higher elevations we could have wind gusts up to 50 mph. This is going to be the main cause for widespread power outages. 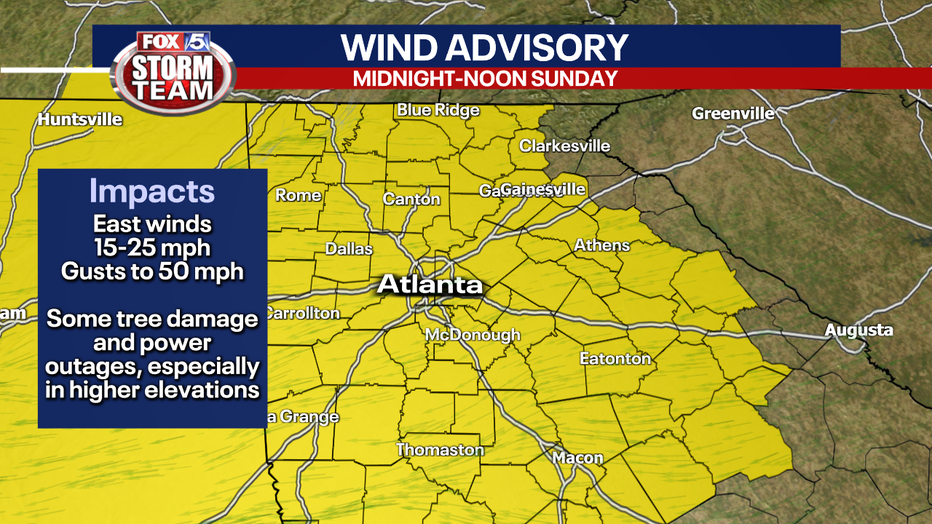 Wind chills will be 10° to 20° COLDER than the actual temperature throughout the day Sunday keeping us feeling like the teens or low 20s.

The storm could clear out of North Georgia by Sunday afternoon with MLK Day expected to be sunny and in the 40s.

Keep up with the latest by downloading the FREE FOX 5 Storm Team app and following @FOX5StormTeam on Twitter.