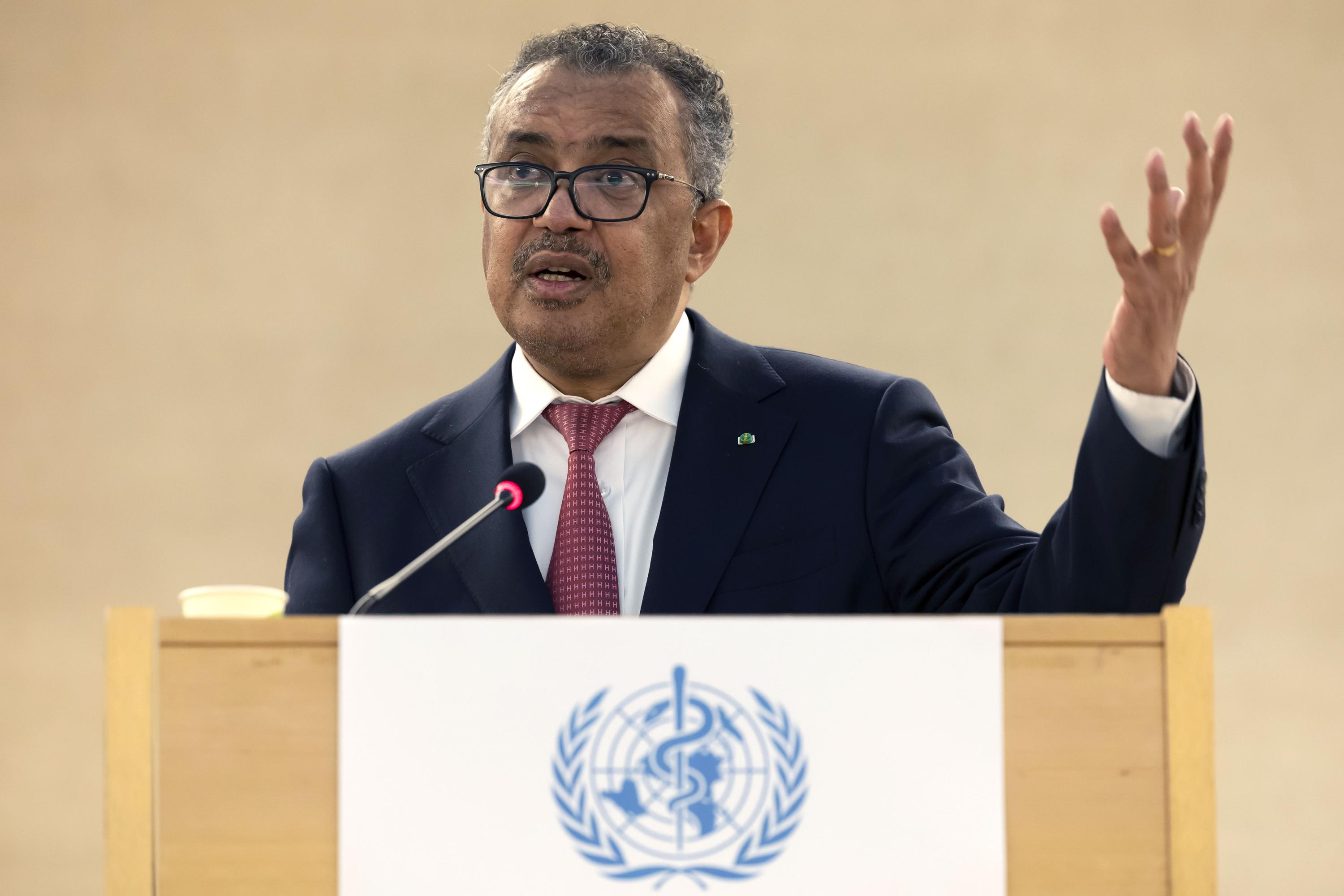 AP’S ASSESSMENT: False. The clip is from a documentary that shows Ghebreyesus championing COVID-19 vaccines and saying, at one point, that he had waited for better global vaccine equity before receiving his own shot. He has publicly stated that he was vaccinated in May 2021, weeks before the interview took place.

THE FACTS: A video clip is circulating on social media with a false claim that it shows the WHO leader expressing that he had not been vaccinated against COVID-19.

“Tedros not jabbed?” reads one tweet, which garnered more than 8,000 likes. “Well who’d have thought?”

Another tweet shared by thousands claimed: “So Tedros hasn’t had any Vx because he’s ‘protesting’.”

The 35-second clip shows a portion of a 2021 interview of Tedros by Jon Cohen, a writer for the publication Science. The interview was included in a documentary, “How to Survive a Pandemic,” which runs more than 100 minutes.

The clip shows Cohen asking Ghebreyesus when he was vaccinated, and then cuts to the WHO director-general responding: “You know, still I feel like I know where I belong: in a poor country called Ethiopia, in a poor continent called Africa, and wanted to wait until Africa and other countries, in other regions, low-income countries, start vaccination. So I was protesting, in other words, because we’re failing.”

But the documentary never claimed Ghebreyesus was not vaccinated, nor did Ghebreyesus’ response indicate as much. Ghebreyesus has repeatedly spoken out about vaccine disparities throughout the pandemic.

Moreover, in the full June 12, 2021, interview — which was edited for the documentary — Ghebreyesus in fact did reply that he was vaccinated on May 12, according to the Science article by Cohen that followed. Ghebreyesus also publicly posted a photo on Twitter showing him receiving his vaccine that day, which he followed with a post about vaccine equity.

The date was not included in the portion of the response shown in the documentary, Cohen confirmed to The Associated Press. Cohen responded to the erroneous claim about Ghebreyesus’ vaccination status on Twitter, calling it a “lie,” and pointing to his written interview.

“In the context of the film, it was the wait — and the reason for the wait — that was the core part of his answer, and that’s what we included,” France said. “The barrier to vaccines had been penetrated. That’s what he was waiting for.”

Cohen said claims that the documentary showed Ghebreyesus wasn’t vaccinated or not in favor of vaccines were “highly absurd.”

“I don’t think anyone who actually watched the documentary could come to the conclusion that those excerpts are creating,” he said. “You’d have to have an agenda to reach a conclusion that he was against vaccination.”

This is part of AP’s effort to address widely shared misinformation, including work with outside companies and organizations to add factual context to misleading content that is circulating online. Learn more about fact-checking at AP.