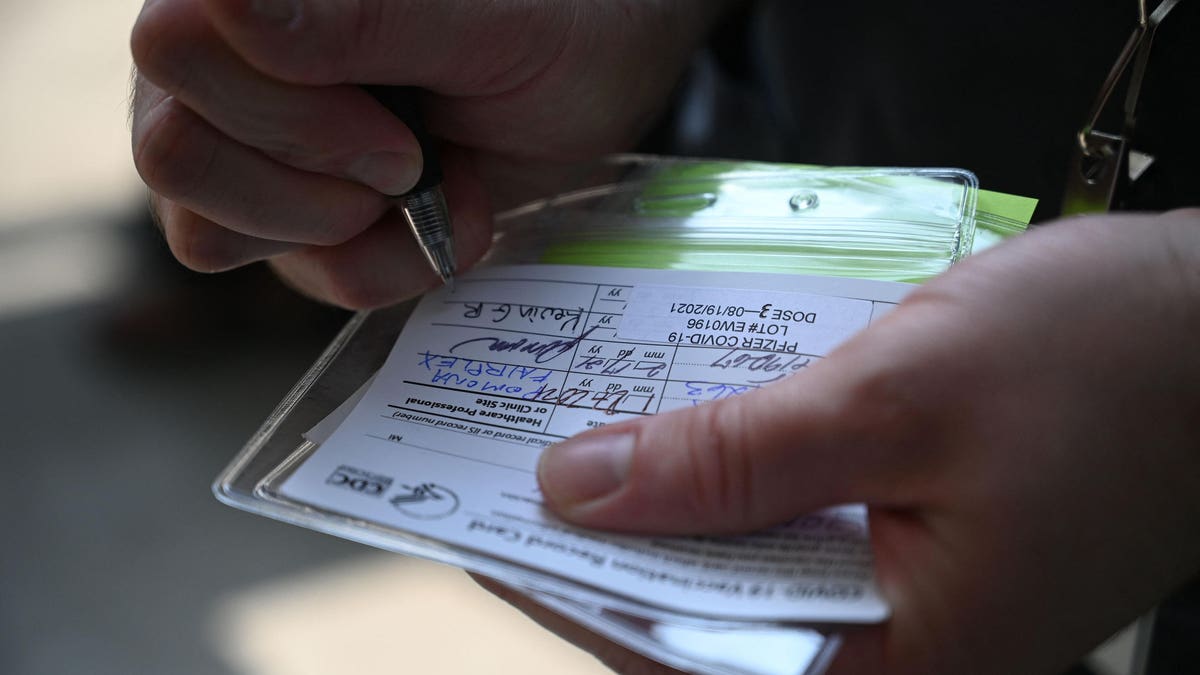 The U.S.’s planned rollout of Covid-19 booster shots for the general public—initially slated to start September 20—remains up in the air pending approval from governmental regulators, but White House officials said Sunday at least Pfizer shots will likely be ready on time and the administration is prepared for a quick rollout whenever the shots are approved.

The Biden administration announced in mid-August that booster shots for Pfizer/BioNTech and Moderna recipients will start on September 20, but the New York Times reported this week that timeline may be in doubt, as the shots still have not yet been approved by the Food and Drug Administration (FDA) and the vaccine advisory panel at the Centers for Disease Control and Prevention (CDC).

Dr. Anthony Fauci acknowledged on CBS’ Face the Nation it’s “conceivable” that only Pfizer’s shot will be approved by the 20th and Moderna’s shot will be delayed “at the most a couple of weeks,” as the FDA seeks more data from the company.

Exactly who will be eligible for the booster shot will depend on the exact terms that are approved by the FDA and CDC, he said.

Studies are underway on if people can “mix and match” booster doses—and get a Pfizer booster if their first two doses were of Moderna, for instance—but Fauci said the government is still “suggesting” as of now that people get a booster shot of the same vaccine as their initial dose.

White House Chief of Staff Ronald Klain said on CNN the Biden administration is prepared to have booster shots available to the public “probably the very same day” as they’re approved, and the administration has adequate supply and a “distribution plan” to ensure widespread availability of the third shots when they’re ready to go.

Fauci said last week health officials are sticking with the recommendation that people get a booster shot eight months after their second dose—after President Joe Biden suggested it could potentially be after six—though it ultimately depends on what the FDA and CDC determine is best.

“We still are hopeful that at least one of the vaccinations could be available” on September 20 and the Biden administration is “ready to go as soon as the approval for the boosters comes,” Klain said on CNN, adding the FDA and CDC ultimately “will decide which of the vaccines are approved to be used as boosters.” “They will decide when that approval comes. They will decide who will get it under those approvals.”

What We Don’t Know

When booster shots for those who received the Johnson & Johnson vaccine, an adenovirus-based shot that uses a different technology than Pfizer and Moderna’s mRNA vaccines, will be approved. Federal health officials have said it’s “likely” that the one-dose vaccine will also require a booster shot, but they’re waiting until more data is in to make an official recommendation, including on whether the vaccine could be mixed with a booster shot of either the Pfizer or Moderna vaccines. Johnson & Johnson released data in late August suggesting a second shot of the vaccine produces a “rapid and robust increase” in antibodies that protect against the coronavirus, which could be a promising sign for the booster shot’s approval.

The fact that booster shots haven’t been officially approved yet for the general population hasn’t stopped some people from getting them anyway, despite health officials advising against it. The delta variant surge has reportedly provoked many Americans to take it upon themselves to get a third shot, such as by making a vaccine appointment and claiming to be unvaccinated. An internal CDC document reported by ABC News on August 11 found an estimated 1.1 million people had already gotten an unauthorized booster shot, a figure the outlet notes is likely an undercount.

Fauci’s acknowledgement of Moderna’s potential approval delay is in line with previous reporting suggesting Moderna’s shot may not be ready in time, with a source familiar with the approval process telling Forbes earlier this week that only Pfizer is expected to be ready for a September 17 FDA meeting on the booster shots. The holdup over Moderna’s vaccine approval is reportedly largely based on the booster shot’s dosage, as Moderna submitted data based on a lower 50 microgram dose but the FDA is reportedly seeking data on a 100 microgram dose equal to the initial shots of the vaccine. Pfizer’s approval process is also speedier in part because the company has substantial data from Israel’s booster shot rollout using its vaccine, the Associated Press reports. The U.S. has already approved third doses of the vaccines for immunocompromised groups that make up approximately 3% of the population, and the country’s planned booster rollout follows other countries like Israel, France, Germany and the Czech Republic that have started administering or plan to administer booster shots to at least some groups. The booster shots are a response to fears that the Covid-19 vaccines will wane in effectiveness as time goes on, which some studies have suggested is likely. The vaccines have also shown diminished effectiveness at preventing infection against the delta variant, though they still remain highly protective against severe illness, hospitalization and death.

The World Health Organization (WHO) has criticized wealthy nations distributing booster shots before many countries around the world have even inoculated a large percentage of their population with initial doses. This is due to concerns about vaccine inequity, questions about the efficacy of booster shots and fears that more dangerous variants of the coronavirus could emerge from countries with low vaccination rates.

Full coverage and live updates on the Coronavirus