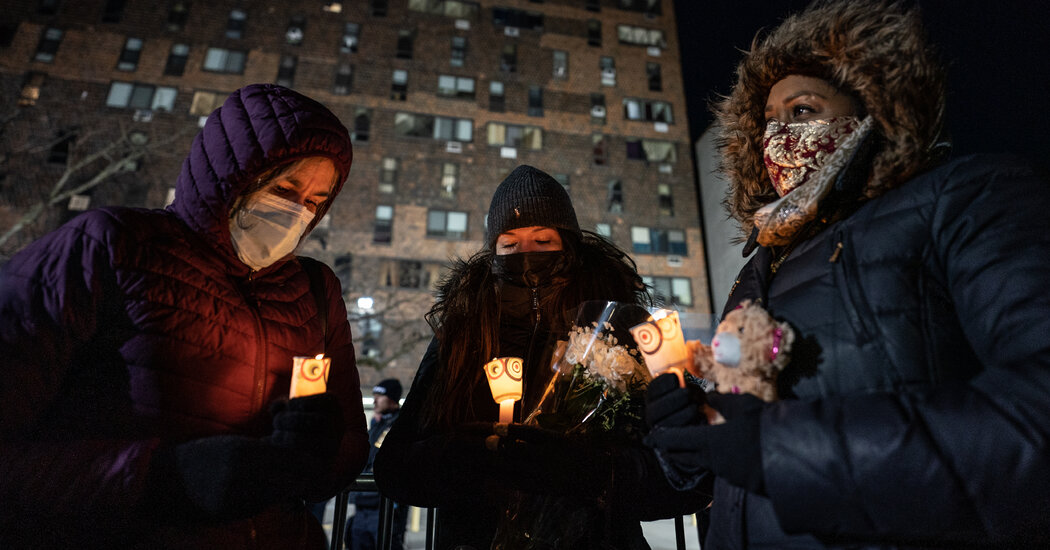 As smoke crept up to their sixth floor apartment, the Janneh family rushed into the stairwell, hoping to flee to safety. But as they ran down the smoke-choked staircase, one of them, Sera, 27, collapsed, her sister, Mareama Janneh said.

Sera had been a student at Lehman College with an effervescent personality. Her family spent Tuesday arranging her funeral. A sister, Isatou Janneh, 18, remained hospitalized, still battling the effects of smoke inhalation.

Another sister, Mareama Janneh, said that Sera had been active in the Gambian Youth Organization, a Bronx-based nonprofit that focuses on youth leadership, where she helped distribute food to community members and helped organize the Ms. Gambia pageant.

Sera was studying to become a social worker because she believed “we needed more of that in our community, especially in the African community,” Ms. Janneh, 31, said. “She was just a good person to be around.”

On Tuesday, Breanna Elleston, 27, was mourning Sera, whom she described as having been her best friend since the two were students at the High School for Health Professions and Human Services in Manhattan.

“Every milestone that I’ve ever had in my life, she’s always been there for me,” Ms. Elleston said, choking back tears. The two enjoyed visiting museums, she said, and attending concerts by Sera’s favorite musicians, like Tyler the Creator, Playboi Carti and D’Angelo. “Even if it was hard, she would drop everything and be there for me.”