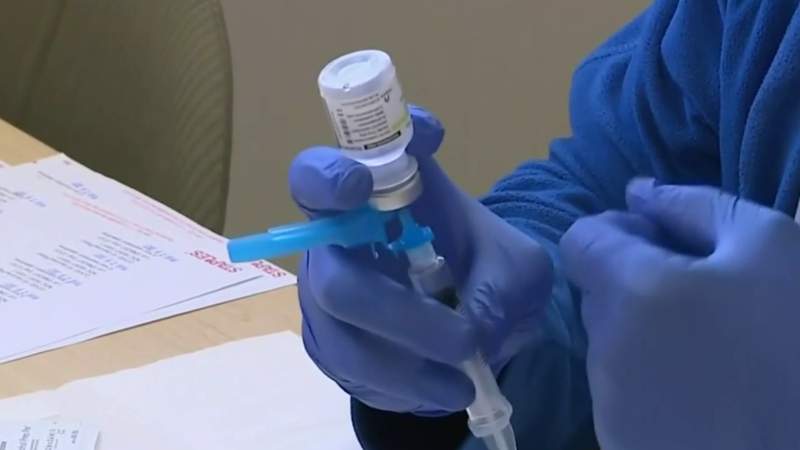 But when he contracted COVID-19 in September, he feared his life could be cut short by the deadly virus.

”The COVID bit me. It stung me like a bee. And I thought, ‘Oh my God, I have got to take care of this right away because I have heard people that end up going downhill really fast,” Jones said.

Shortly after, Jones became one of the more than one million Americans, including former president Donald Trump and Texas Governor Gregg Abbott, to receive a monoclonal antibody infusion, which is a laboratory-created drug cocktail that is shown to significantly reduce symptoms of COVID and reduce the risk of hospitalization by 70%.

“These therapies work by basically hindering the virus’s ability to enter human cells. And in doing so, that gives your immune system an advantage catching up to the virus,” said Dr. Howard Huang, the head of the monoclonal antibody infusion program at Houston Methodist Hospital.

At Houston Methodist, which started giving the infusions last November, more than 12,000 treatments have been given at no cost.

“As of now, the federal government is paying for the drug, and so there’s no direct cost to the patients. I have not heard of anybody being denied a visit like this or denied coverage for this therapy,” Huang said.

But not everyone can get the infusion treatment.

To qualify at Houston Methodist, you must have tested positive for COVID-19 and be within 10 days of symptom onset. You must also be 65 years of age or older or be considered a high-risk patient with complications like obesity, pregnancy, kidney disease, diabetes, cardiovascular disease, lung disease, or have a weakened immune system.

During the procedure, patients are seated in a comfortable chair, hooked up to an IV containing the antibody treatment, and administered the drug cocktail intravenously for approximately 20 minutes.

Patients are then required to sit there and be watched for one hour to ensure there are no side effects or adverse reactions.

If you’re wondering about the pain, Jones shared how he felt during his infusion just a few weeks ago.

“I could feel it going in my vein and I’m not great with needles. So anyway, it did hurt for me, but it was worth it,” Jones said.

He added that the infusion produced big results fast, and he would now recommend the treatment to anyone with COVID-19.

“Oh my gosh, run to that infusion center. Run to it. I can say within 24 hours, the next morning, around 10 a.m. I felt fantastic. I was feeling so good,” Jones said.

As for Huang, who has watched the results of this therapy play out in the bodies of his patients for months now, said he feels like the infusion is impactful.

“It’s definitely one of the best tools we have right now in the bag, and hopefully we’ll have even better tools in the very near future”, Huang said.

There are dozens of hospitals and healthcare providers in the Houston area offering monoclonal antibody infusions. KPRC 2 Investigates has a map below that can guide you to a provider near you. Just hover over one of the colored circles on the map to get the name and address of the provider nearest to you.