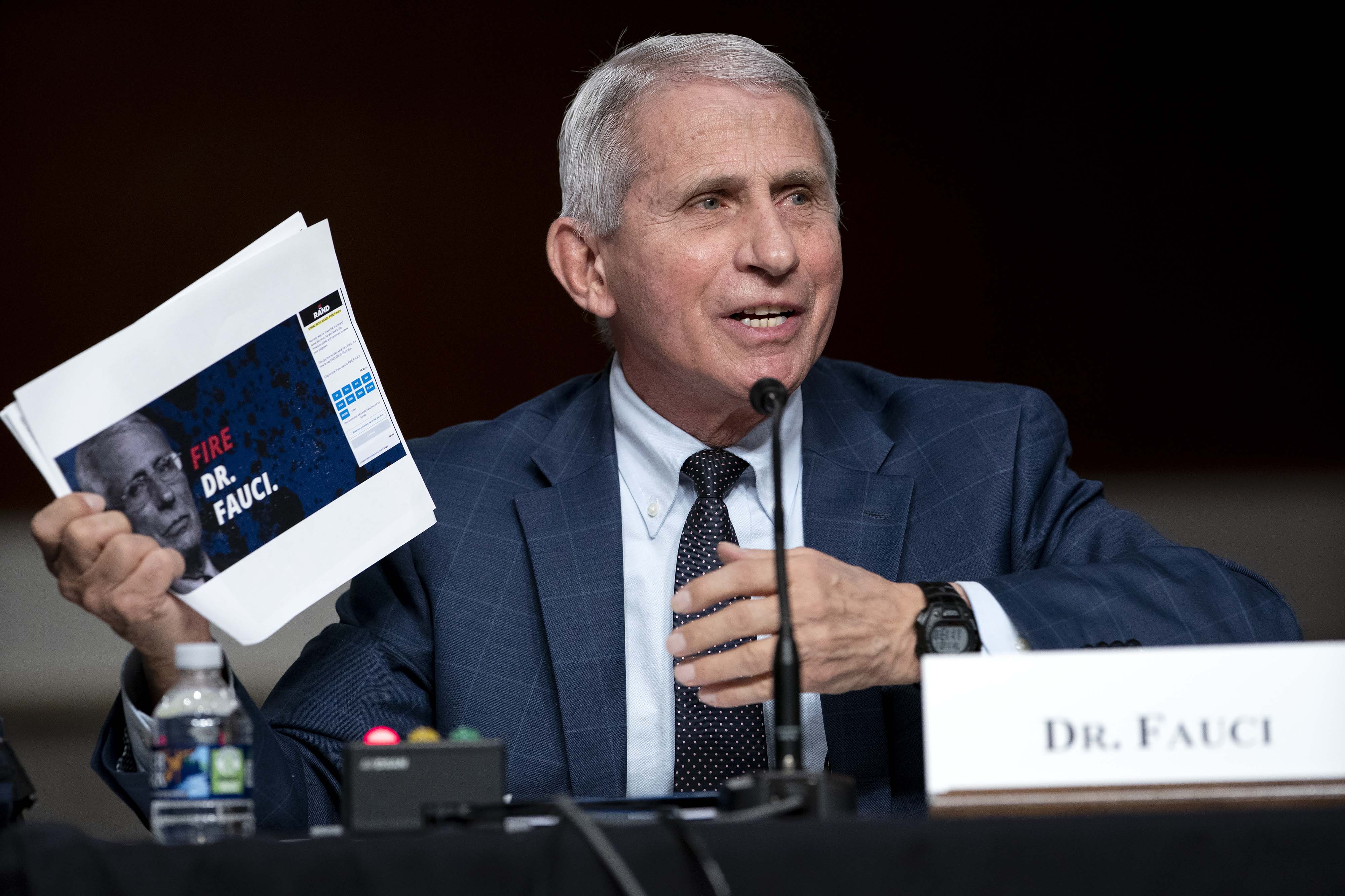 Fauci countered Marshall’s claim, stating that his investments and financial information were already “public knowledge” and had been for more than 30 years.

“All you have to do is ask for it,” Fauci said. “You’re so misinformed, it’s extraordinary.”

Marshall argued that because of Fauci’s job, he sees information before members of Congress and therefore possesses insider knowledge.

“There’s an air of appearance that maybe some shenanigans are going on,” he said, though the senator added that he believes that “is not the case.”

Fauci said the information on his financial disclosure “is totally accessible to you if you want it,” both to Marshall’s office and to the public.

A spokesperson for the National Institutes of Health said on Tuesday afternoon that she would look into questions regarding whether Fauci’s financial disclosure information was available to the public via a Freedom of Information Act request, or some other means, and would respond as soon as possible.

“We look forward to reviewing it,” Marshall said in response as Sen. Patty Murray (D-Wash.), the chairwoman of the Senate Health, Education, Labor and Pensions Committee, cut off the exchange.

“What a moron,” Fauci could be heard saying quietly as Tuesday’s hearing moved on. “Jesus Christ.”

Marshall later responded in a statement: “Calling me a moron during a Senate hearing may have alleviated the stress of the least trusted bureaucrat in America, but it didn’t take away from the facts.”

A spokesperson for the Department of Health and Human Services, Ian Sams, denounced Marshall’s comments about Fauci in a statement on Tuesday evening.

“At a time when America is seeing rising COVID cases,” he said, “it’s disappointing and frankly unacceptable that Republican Senators chose to spend a hearing with the country’s leading public health experts spreading conspiracy theories and lies about Dr. Fauci, rather than how we protect people from COVID-19.”

Sams said in the statement that the Biden administration would continue to focus on getting more people vaccinated and boosted, and encouraged Republicans to join the administration in that effort.

Capitol Hill testimony has long been a venue where Fauci has sparred with Republican lawmakers. Earlier Tuesday, he engaged in a heated exchange with Sen. Rand Paul (R-Ky.) — Fauci’s loudest GOP critic on Capitol Hill — arguing that the senator’s critical rhetoric “kindles the crazies” who threaten him and his family. Fauci also accused Paul of using the pandemic for political gain.