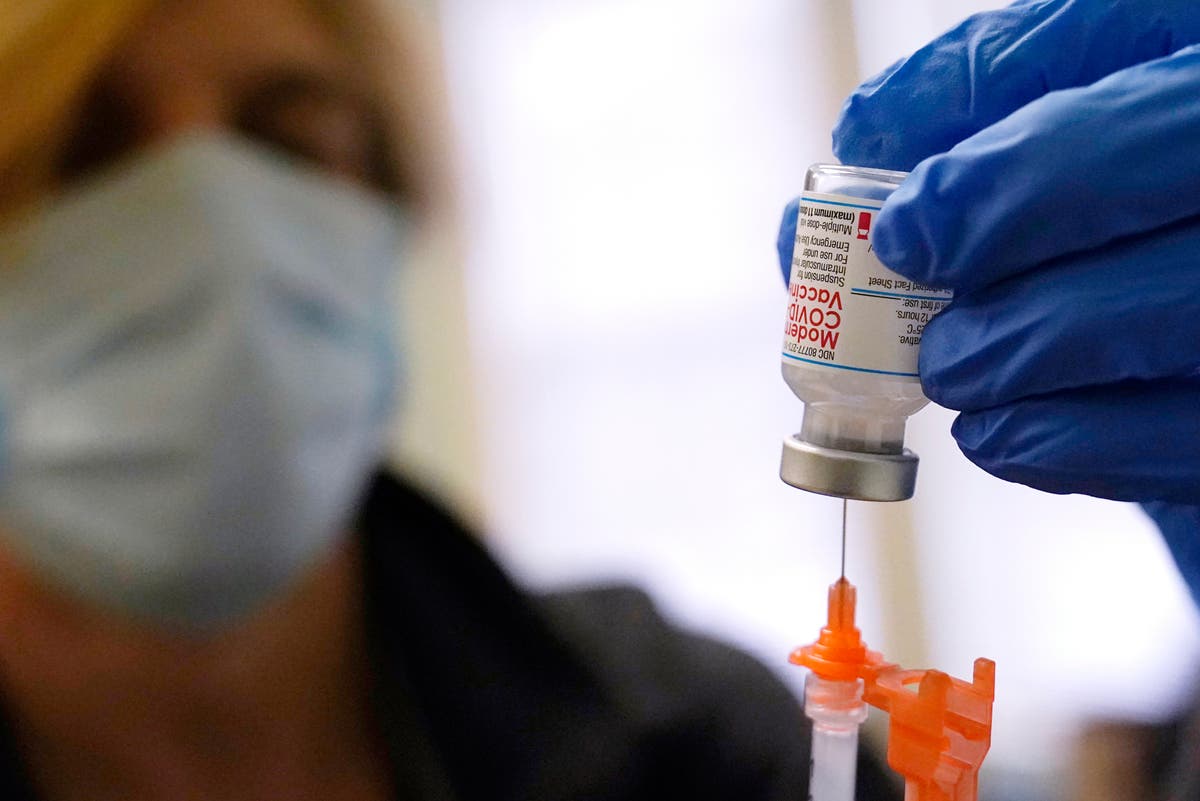 Meanwhile, a number of Republican politicians have vowed that they will defy Washington, D.C.’s own proposed vaccination mandate for businesses.

The mandate, which was announced by Mayor Muriel Bowser in December, will force many establishments — from gyms and theatres to bars and restaurants — to require that patrons over the age of 12 show proof of COVID-19 vaccination before entering.

A small group of Senate Democrats is pressing the Biden administration about the Covid-19 testing shortage as Omicron cases have soared across the US.

They praise the promotion and distribution of vaccines across the nation, but are fiercely critical of how slowly tests have been rolled out.

“Far too many measures — such as increasing access to home-based testing — have been reactive, rather than proactive,” the letter reads.

“This administration either knew or should have known that testing shortages were occurring across the country over the past several months, and with the full expectation that the virus would likely mutate into a new variant, steps to increase testing access should have happened before the current wave hit, not several weeks into the surge, with resources still not available until later this month or beyond.”

Other signatories of the letter are senators Mark Kelly of Arizona, Joe Manchin of West Virginia, Kyrsten Sinema of Arizona, and Jon Ossoff of Georgia.

How does the cost of rapid test kits in the US compare to other countries?

Spoiler alert: Before President Joe Biden announced plans to pay for the tests, the comparison was not favourable.

Alex Woodward has the details.

Fox News host Jeanine Pirro is facing a furious backlash after calling the historic devastation of Covid-19 into question.

The comment came during Wednesday’s episode of Fox News’ The Five, just after co-host Geraldo Rivera warned against downplaying the pandemic’s impact.

Rogan has come under fire for the past two years for inviting several vaccine sceptics onto his show, where he allows them to air unsubstantiated or disproven theories about Covid-19.

How does your vaccination status change Covid-19 symptoms?

Dr Craig Spencer, a New York emergency room doctor, has explained which symptoms his Covid patients typically get, depending on which – and how many – vaccine shots they’ve received. Unsurprisingly, the unvaccinated patients fare the worst.

Nathan Place reports on what the doctor observed in the ER.

Omicron numbers ‘push hospitals to capacity’ in 24 US states

At least 80 per cent of staffed hospital beds were occupied in 24 states on Thursday, including Georgia, Maryland and Massachusetts, data shows.

Furthermore, in 18 states of those states, at least 85 per cent of beds in adult intensive care units were full, with the biggest shortage of beds being in Alabama, Missouri, New Mexico, Rhode Island and Texas.

On Wednesday, Oregon Governor Kate Brown said she was sending an additional 700 members of the state’s National Guard to help hospitals deal with a rise in coronavirus patients. “Our hospitals are under extreme pressure,” she wrote on Twitter.

The Marine Corps granted two religious exemptions to the military’s Covid-19 vaccine mandate, making it the first — and so far only — branch to grant religious exceptions since the requirement went into effect in August.

As CNN first reported, the Marine Corps on Wednesday said it had received 3,350 requests for religious exemptions and had processed 3,212 of them. However, for the first time, they have now granted two of the requests.

Each of the services has received several thousand requests for religious exemptions to the military’s vaccine mandate. But until this week, none of those requests had been granted, although the services still have many requests to process and vet.

Pressed earlier this week on why the services had not granted any religious exemptions, Pentagon press secretary John Kirby said that each branch considers the requests “in good faith.”

Republican Senator Roger Marshall plans to introduce the “Fauci Act” after he clashed with the infectious disease expert at a Senate hearing earlier this week.

The Kansas-native will be introducing the Financial Accountability for Uniquely Compensated Individuals (FAUCI) Act following his claim that Fauci’s records were not readily accessible to the public, a spokesperson for the Senator told The Hill.

“I don’t understand why you’re asking me that question,” Dr Fauci said at the hearing after being questioned by Marshall about the records. “My financial disclosure is public knowledge and has been so for the last 37 years or so.”

The club stated on its website that starting Saturday it will begin requiring that members and guests show their COVID-19 vaccination cards before they can enter the facilities.

“For some, there’s a mentality of ‘burn the house down,’” said one GOP member who was present at Tuesday’s meeting. “The majority of the conference was in the camp of you need to protect the club.”