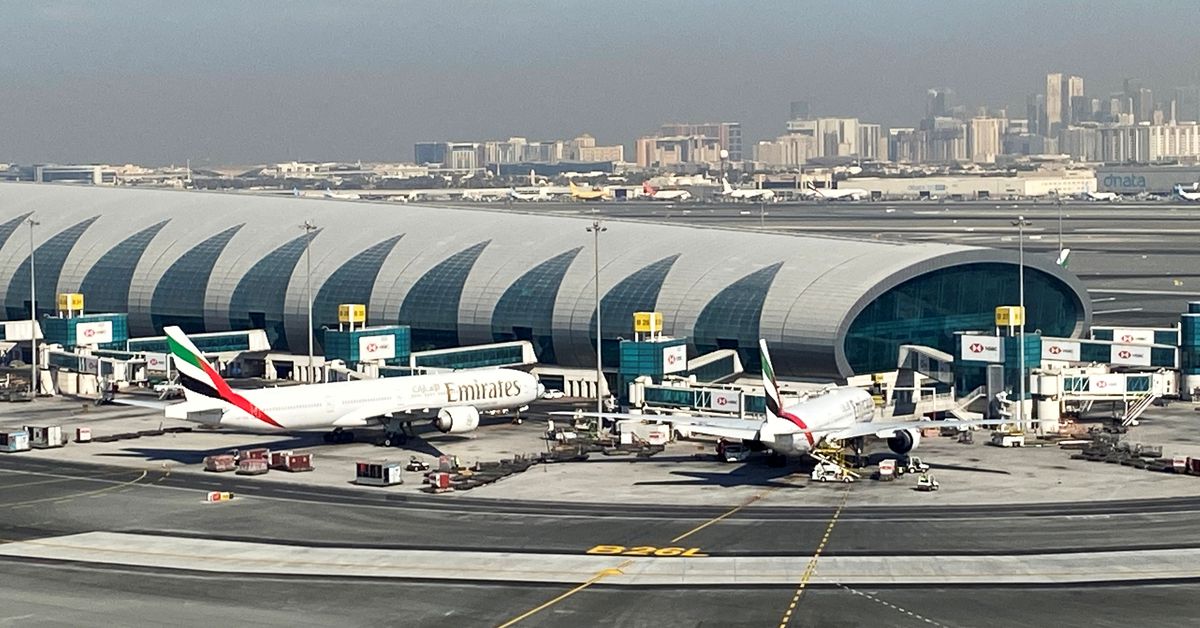 Emirates planes are seen on the tarmac in a general view of Dubai International Airport in Dubai, United Arab Emirates January 13, 2021. Picture taken through a window. REUTERS/Abdel Hadi Ramahi

DUBAI, Jan 15 (Reuters) – The United Arab Emirates’ civil aviation regulator has opened an investigation into an aborted take-off by an Emirates airline passenger jet this month at Dubai airport, the carrier said on Saturday.

It is the second inquiry launched into the airline in less than a month, after another passenger jet in December did not immediately increase its ascent after take-off. The flight landed safely.

An Emirates spokesperson said that safety is its top priority and there was no aircraft damage or any injuries as a result of the aborted take off from Dubai on Jan. 9.

The jet, carrying passengers to Hyderabad in India, was instructed to “reject take-off on departure”, which the spokesperson said was “completed successfully.”

The General Civil Aviation Authority’s Air Accident Investigation Sector is investigating the incident, the spokesperson said. The airline is reviewing it too.

FlightRadar24, a flight tracking website, has reported the Boeing 777 jet started its take-off while another 777 was crossing the runway. The take-off was aborted after the wide-body jet reached 100 knots, it said.

The regulator is already investigating what Emirates has publicly described as a “technical incident” that took place on a Dec. 20 passenger flight from Dubai to Washington DC.

Industry blog The Air Current, citing FlightRadar24, has reported the passenger jet did not immediately climb after it took off from Dubai, flying unusually low over a neighbourhood.

The flight landed safely in the United States.

The GCAA did not immediately respond to a request for comment on the incidents.