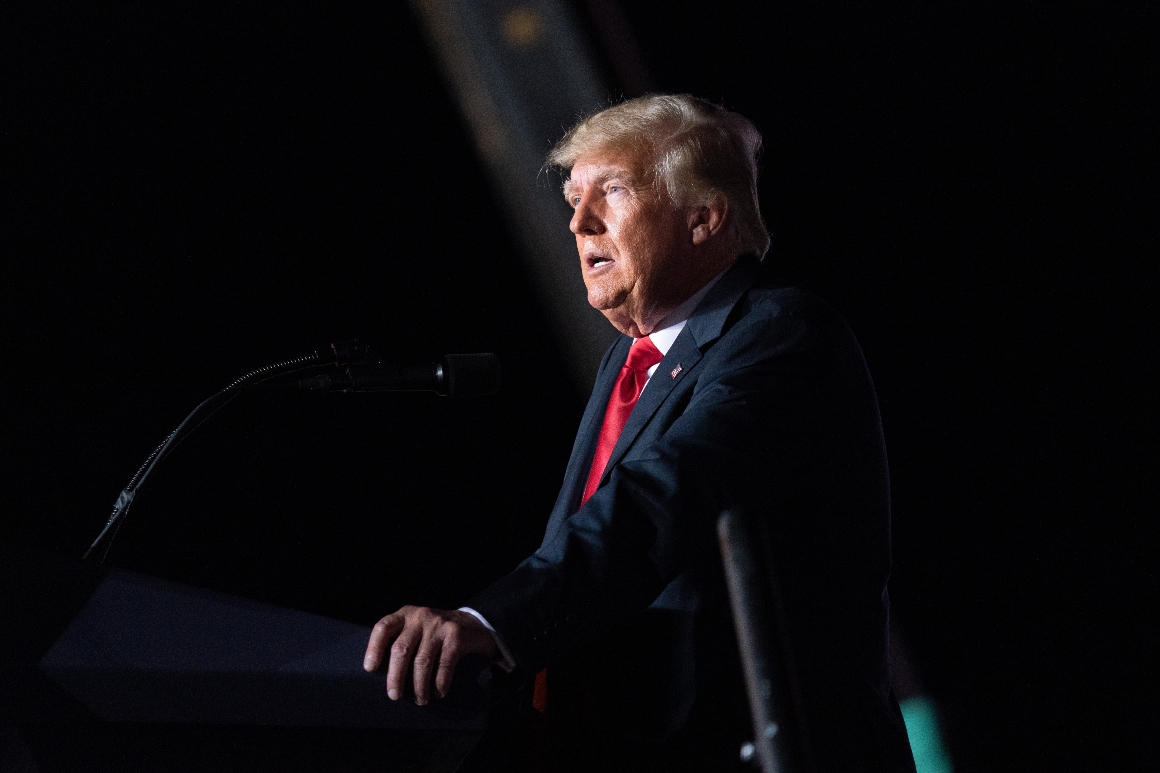 The letter stated the committee is seeking materials that are covered by executive privilege, as well as other privileges.

“President Trump is prepared to defend these fundamental privileges in court,” the letter said.

Then the letter directed its recipient to hold back any documents about his White House work and to refuse to testify about his official duties.

The letter kicks off the first major political and legal test for the select committee, which is probing Trump supporters’ violent attack on the Capitol. It’s unclear how the committee will try to enforce the subpoenas of the Trump-allied foursome, but members of the panel — which includes seven Democrats and two anti-Trump Republicans — have said they may ask the Justice Department to prosecute witnesses who refuse to comply.

It also remains to be seen if the former Trump officials will follow Trump’s directions. If they are convicted of criminal contempt of Congress, they could face a year in prison and a fine of up to $100,000.

Investigating the attack — which resulted in injuries to more than 150 police officers — is a key priority for Congressional Democrats.

Trump’s move could also create a dilemma for the Biden administration. Most presidents are loath to weaken executive privilege, the vaguely defined right for presidents to have conversations with their advisers without worrying those conversations may someday become public.

The Constitution does not mention the concept, but the courts have held it exists. Presidents sometimes assert it to shield their advisers from compliance with congressional subpoenas.

The White House clarified its stance on assertion of executive privilege regarding the Jan. 6 committee’s requests last month after press secretary Jen Psaki said a decision was made to not shield any Trump-era records. Following that Psaki comment, a White House spokesperson said the Biden administration would actually make those calls on a “case-by-case” basis.

Nonetheless, experts previously told POLITICO that they suspect Biden’s White House counsel’s office may assert privilege on Trump’s behalf in some cases. That’s because weakening executive privilege broadly could create problems for Biden down the road. The subpoena of Meadows is particularly sensitive; the idea of congressional investigators from the opposing party grilling a White House chief of staff is a nightmare scenario for most presidents.

At the same time, Meadows likely has detailed knowledge of Trump’s behavior before and during the Jan. 6 attack and was backstage at the #StopTheSteal rally on the National Mall where Trump spoke before the Capitol siege.

“He can ask the assertion of privilege to be made by the sitting president,” Rivkin added of Trump.

And Rep. Jamie Raskin (D-MD), a member of the select committee, has also weighed in on this issue. “There’s no such thing as a former president’s executive privilege,” he told The Washington Post. “That’s extremely dilute and not really relevant.”

But that’s not a consensus. Saikrishna Prakash, a professor at the University of Virginia School of Law, said this conflict enters legally uncharted territory and that the Supreme Court has found that former presidents do enjoy executive privilege, at least to some extent.

“Imagine you’re having a conversation with President Biden in the last two months of his presidency,” Prakash said. “Are you going to give him candid advice if you know it’s going to come out in two months, that the privilege is over in two months? No, you might not.”

A Trump spokesperson lambasted the committee in a statement.

“Executive privilege will be defended, not just on behalf of President Trump and his administration, but also on behalf of the Office of the President of the United States and the future of our nation. The Fake News continues to take the Democrats’ bait, who are trying desperately to distract the country with this bogus process.”

Regardless, Trump’s letter will delight his supporters. The Guardian reported Wednesday that Trump planned to cite executive privilege to direct the four men not to comply, and Newsmax anchor Grant Stinchfield cheered the move.