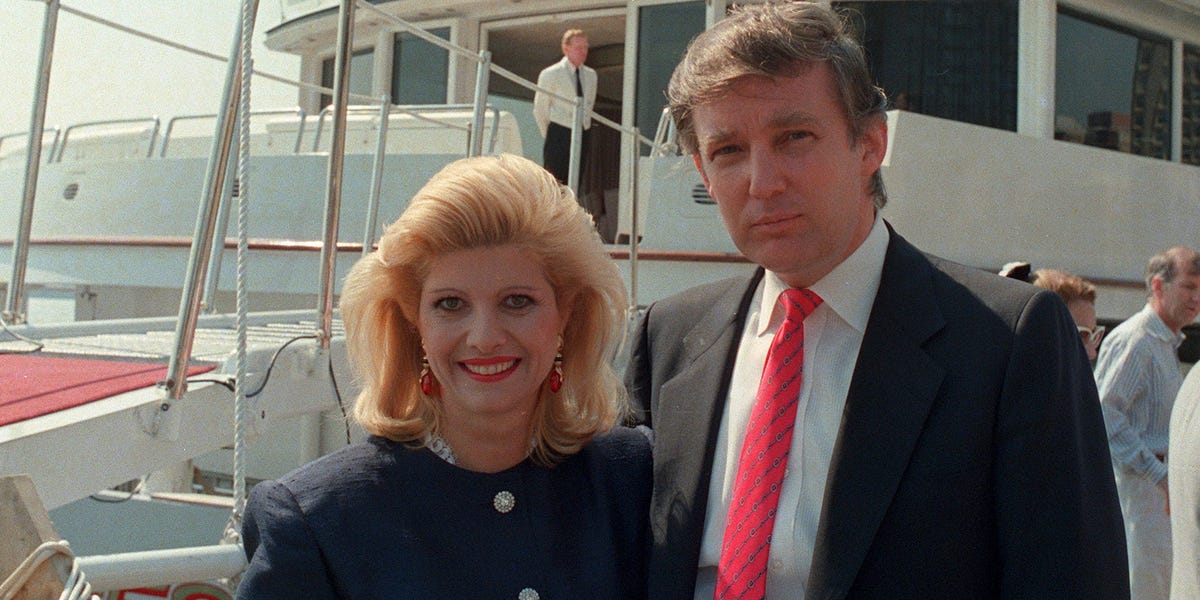 Though former President Donald Trump’s 2007 plans to build a mausoleum with four obelisks on his golf course in New Jersey were rejected by city officials who called the design “garish,” he ultimately managed to use his Trump National Golf Club property as a family gravesite.

More than 15 years ago, Trump began planning a family cemetery on the Bedminster, New Jersey, property. The size and design of the project has changed over the years, but this month his ex-wife Ivana became the first person known to be buried on the property.

Originally, Trump’s plans for the mausoleum — where he would eventually be interred — included a 19-foot-high, classical-style stone structure to be built at Trump National Golf Club, which features two courses, local news site NJ.com reported in 2012.

The mausoleum would have included “four imposing obelisks surrounding its exterior and a small altar and six vaults inside,” according to NJ.com. But, after encountering opposition from city officials who called the design “overwhelming and garish,” Trump floated the idea of redesigning the structure as a “mausoleum/chapel,” The Washington Post reported.

Plans for the large-scale mausoleum were ultimately scrapped and Trump proposed several other cemetery redesigns,  including a 284-plot portion of the golf course with burial sites available for purchase. No such cemetery has yet been built, but the presence of burial grounds on the golf course property could offer tax breaks to the business.

Ivana Trump was laid to rest on the property earlier this month in a modest grave in a grassy area behind the first hole of one of the courses, “not too far from the main clubhouse,” The New York Post reported. She died following a fall in her Upper East Side home on July 14.

The Trump National Golf Club in Bedminster is currently hosting the LIV golf tournament, which has recently faced controversy for being funded by Saudi Crown Prince Mohammed bin Salman.