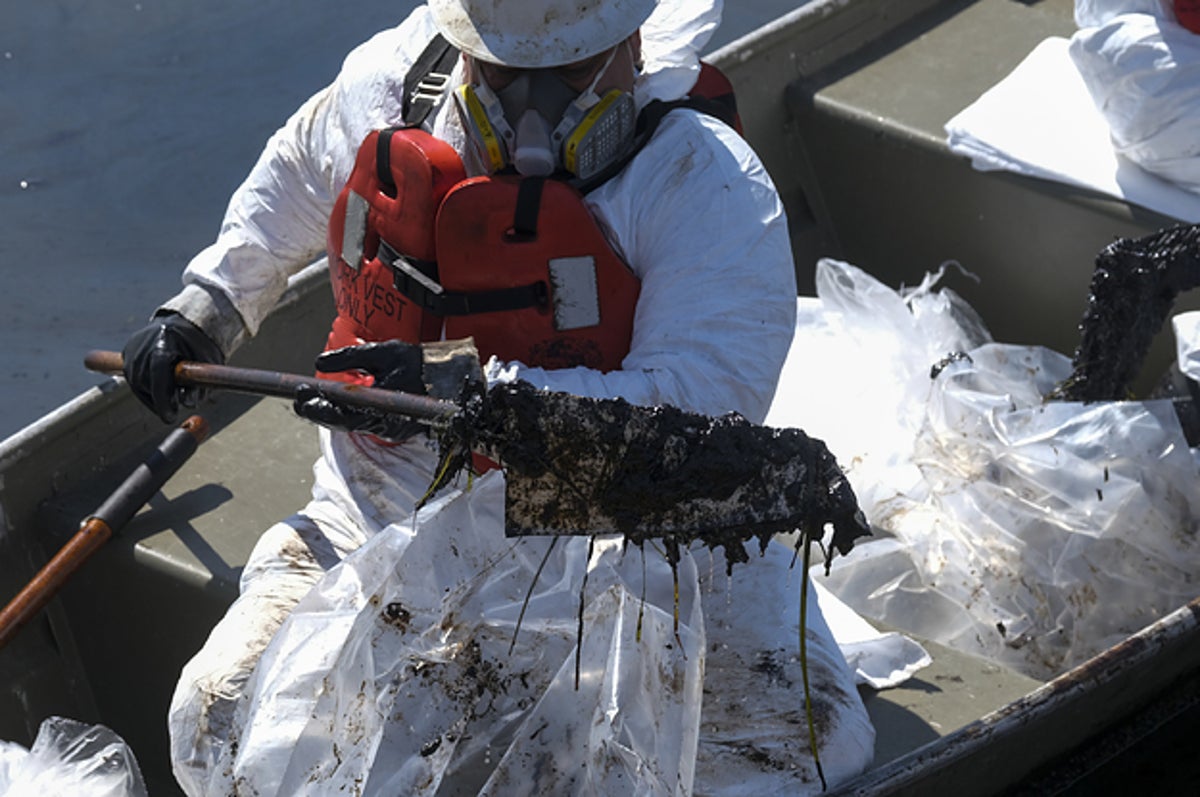 California officials have been racing to contain a major oil spill off the coast of Orange County that occurred when a ruptured pipeline sent at least 126,000 gallons of crude into the water.

Officials were investigating whether a ship’s anchor may have been to blame for the rupture over the weekend, and said Monday that the size of the spill may rise to 144,000 gallons of crude, which has reached shorelines and state parks. With oil slicks intruding on wetlands and preserves, Gov. Gavin Newsom declared a state of emergency to assist with cleanup efforts.

Here’s a look at the disaster and how people are trying to contain it: