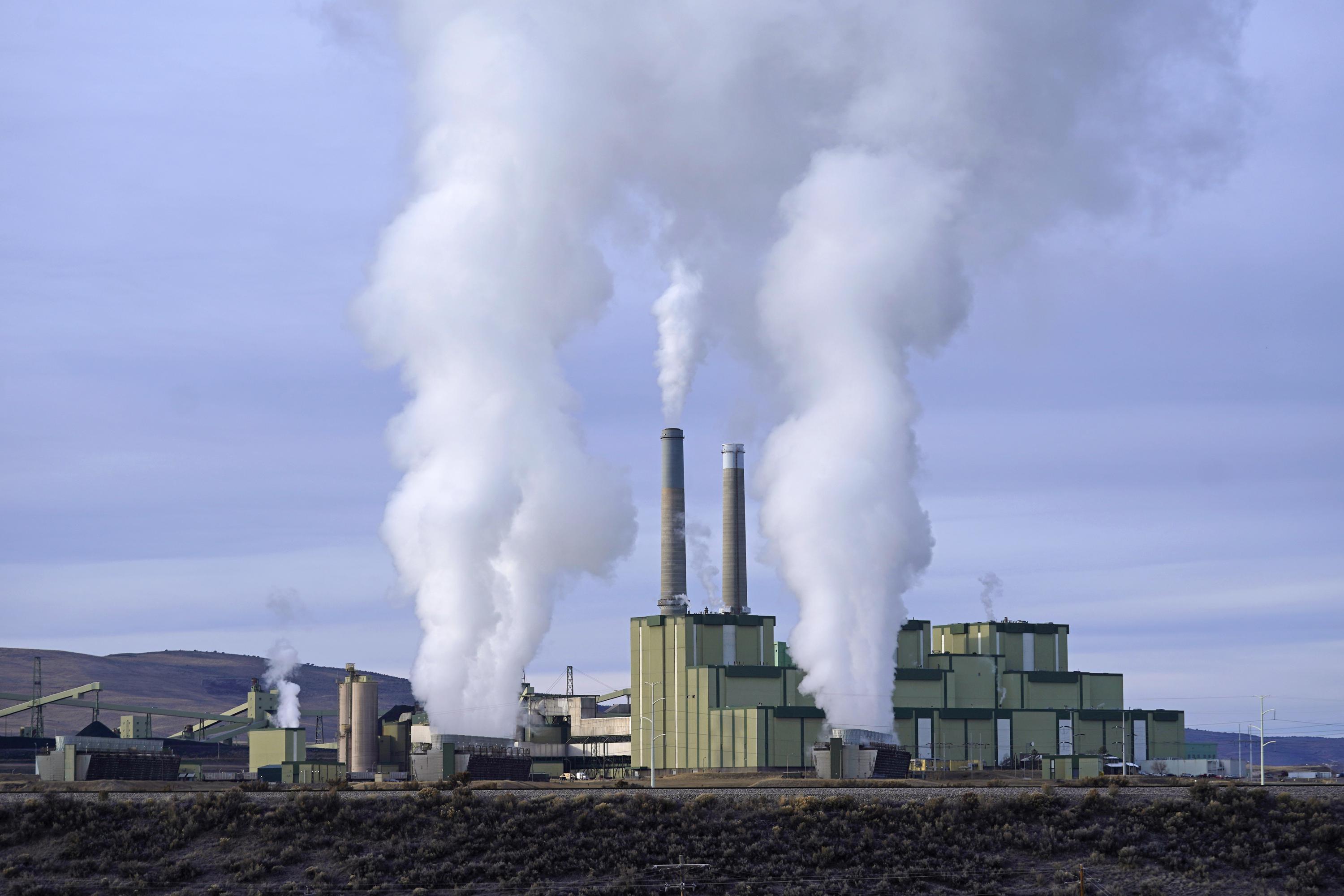 WASHINGTON (AP) — In a blow to the fight against climate change, the Supreme Court on Thursday limited how the nation’s main anti-air pollution law can be used to reduce carbon dioxide emissions from power plants.

By a 6-3 vote, with conservatives in the majority, the court said that the Clean Air Act does not give the Environmental Protection Agency broad authority to regulate greenhouse gas emissions from power plants that contribute to global warming.

The decision, said environmental advocates and dissenting liberal justices, was a major step in the wrong direction — “a gut punch,” one prominent meteorologist said — at a time of increasing environmental damage attributable to climate change amid dire warnings about the future.

The court’s ruling could complicate the administration’s plans to combat climate change. Its detailed proposal to regulate power plant emissions is expected by the end of the year. Though the decision was specific to the EPA, it was in line with the conservative majority’s skepticism of the power of regulatory agencies and it sent a message on possible future effects beyond climate change and air pollution.

The decision put an exclamation point on a court term in which a conservative majority, bolstered by three appointees of former President Donald Trump, also overturned the nearly 50-year-old nationwide right to abortion, expanded gun rights and issued major religious rights rulings, all over liberal dissents.

President Joe Biden aims to cut the nation’s greenhouse gas emissions in half by the end of the decade and to have an emissions-free power sector by 2035. Power plants account for roughly 30% of carbon dioxide output.

“Capping carbon dioxide emissions at a level that will force a nationwide transition away from the use of coal to generate electricity may be a sensible ‘solution to the crisis of the day,’” Chief Justice John Roberts wrote in his opinion for the court.

But Roberts wrote that the Clean Air Act doesn’t give EPA the authority to do so and that Congress must speak clearly on this subject.

“A decision of such magnitude and consequence rests with Congress itself, or an agency acting pursuant to a clear delegation from that representative body,” he wrote.

In a dissent, Justice Elena Kagan wrote that the decision strips the EPA of the power Congress gave it to respond to “the most pressing environmental challenge of our time.”

Kagan said the stakes in the case are high. She said, “The Court appoints itself—instead of Congress or the expert agency—the decisionmaker on climate policy. I cannot think of many things more frightening.”

Biden, in a statement, called the ruling “another devastating decision that aims to take our country backwards.” He said he would “not relent in using my lawful authorities to protect public health and tackle the climate crisis.”

And EPA head Michael Regan said his agency will move forward with a rule to impose environmental standards on the energy sector.

United Nations spokesman Stephane Dujarric also weighed in to call the decision “a setback in our fight against climate change, when we are already far off-track in meeting the goals of the Paris Agreement,” the international climate accord that U.S. left during the Trump administration and re-entered once Biden took office.

West Virginia Attorney General Patrick Morrisey, who led the legal challenge to EPA authority, said the “EPA can no longer sidestep Congress to exercise broad regulatory power that would radically transform the nation’s energy grid and force states to fundamentally shift their energy portfolios away from coal-fired generation.”

But University of Georgia meteorology professor Marshall Shepherd, a past president of the American Meteorological Society, said of the decision: “It feels like a gut punch to critical efforts to combat the climate crisis which has the potential to place lives at risk for decades to come.”

Richard Revesz, an environmental expert at the New York University School of Law, called the decision “a significant setback for environmental protection and public health safeguards.”

But he also said in a statement that EPA still has authority to address greenhouse gas emissions from the power sector.

EPA Administrator Regan said the agency “will move forward with lawfully setting and implementing environmental standards that meet our obligation to protect all people and all communities from environmental harm.”

Senate Democratic leader Chuck Schumer of New York said the consequences of Thursday’s decision “will ripple across the entire federal government, from the regulation of food and drugs to our nation’s health care system, all of which will put American lives at risk.”

The court held that Congress must speak with specificity when it wants to give an agency authority to regulate on an issue of major national significance.

Several conservative justices have criticized what they see as the unchecked power of federal agencies.

Those concerns were evident in the court’s orders throwing out two Biden administration policies aimed at reducing the spread of COVID-19. Last summer, the court’s 6-3 conservative majority ended a pause on evictions over unpaid rent. In January, the same six justices blocked a requirement that workers at large employers be vaccinated or test regularly and wear a mask on the job.

Underlying all these issues is a lack of action from Congress, reflecting bitter, partisan disagreements over the role of the federal government.

On the environment, Biden’s signature plan to address climate, a sweeping social and environmental policy bill known as Build Back Better, is all but dead amid united opposition from congressional Republicans and conservative Democratic Sen. Joe Manchin from coal state West Virginia.

Under a trimmed down version, the legislation backed by Democrats would offer tax credits and spending to boost renewable power such as wind and solar and sharply increase the number of electric vehicles.

The justices heard arguments in the case on the same day that a United Nations panel’s report warned that the effects of climate change are about to get much worse, likely making the world sicker, hungrier, poorer and more dangerous in the coming years.

The power plant case has a long and complicated history that begins with the Obama administration’s Clean Power Plan. That plan would have required states to reduce emissions from the generation of electricity, mainly by shifting away from coal-fired plants.

But that plan never took effect. Acting in a lawsuit filed by West Virginia and others, the Supreme Court blocked it in 2016 by a 5-4 vote, with conservatives in the majority.

With the plan on hold, the legal fight over it continued. But after President Donald Trump took office, the EPA repealed the Obama-era plan. The agency under Trump argued that its authority to reduce carbon emissions was limited, and it devised a new plan that sharply reduced the federal government’s role in the issue.

New York, 21 other mainly Democratic states, the District of Columbia and some of the nation’s largest cities sued over the Trump plan. The federal appeals court in Washington ruled against both the repeal and the new plan, and its decision left nothing in effect while the new administration drafted a new policy.

Adding to the unusual nature of the high court’s involvement, the reductions sought in the Obama plan by 2030 already have been achieved through the market-driven closure of hundreds of coal plants.