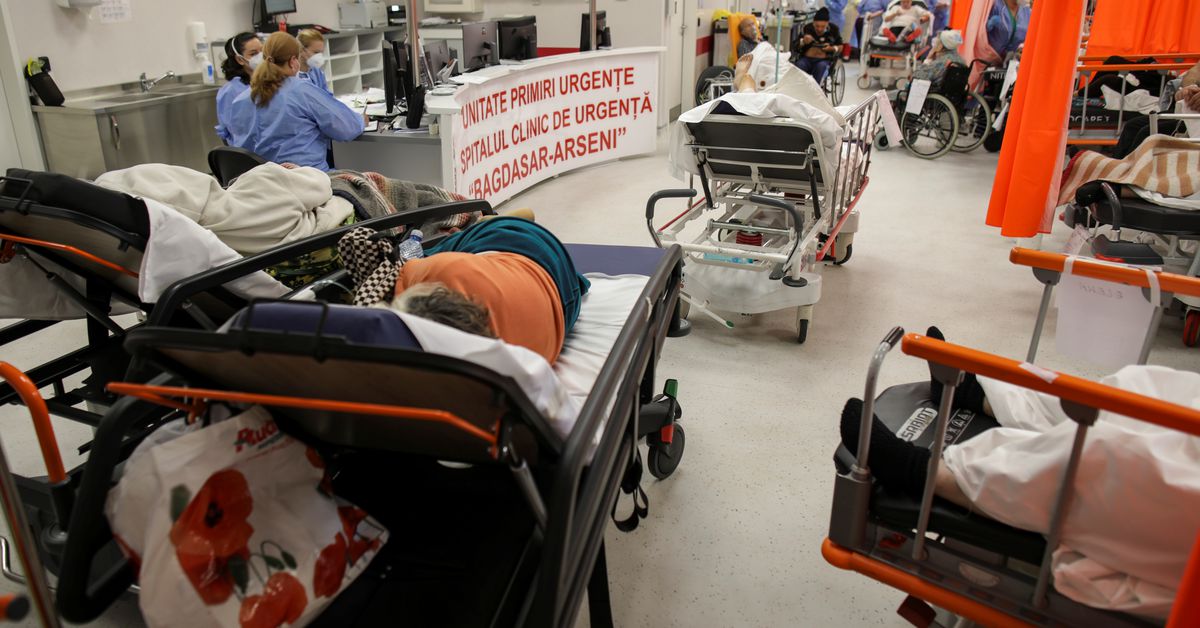 BUCHAREST, Oct 26 (Reuters) – As ambulance sirens continuously pierce the air of Romanian cities as they rush COVID-19 patients to already full hospitals, queues are starting to form at vaccination centres.

In the capital Bucharest, Elena Serban, a 51-year-old garment worker had postponed getting the vaccine because she did not have health problems that would have threatened her if she got infected. Now, she has done it for safety.

“The COVID-19 (hospital) situation has scared us,” she said.

Dumitru Banu, a 55-year-old driver got jabbed to get around movement-limiting measures which came into force on Monday. read more

“I got vaccinated because of the restrictions, like the night curfew and access to institutions. I would say everyone should get vaccinated so that we can get rid of this pandemic.”

Gabriel Dima, 57, got his first dose at the urging of his daughter, a medical student, although he has his doubts, despite global regulators who have approved the jabs repeatedly saying their benefits outweigh the risk of any rare side effects.

“I was undecided, I wanted to think it over. I am afraid of side effects which may show up over time, the vaccine has not been sufficiently tested. I did it so my daughter has peace of mind, but I hope I won’t have problems,” he said.

Romania is at the forefront of a wave of COVID-19 sweeping across central and eastern Europe, with one of the world’s highest mortality rates. read more

Roughly a fifth of the overall 45,503 COVID-19 deaths in Romania occurred in October, when record daily infection numbers depleted intensive care beds across the country.

Whereas roughly 80% of the EU’s adult population has received the first shot of the vaccine, Romania has only managed 38%, reflecting entrenched distrust in state institutions, underdeveloped rural infrastructure and what some public health experts have said was a weak education campaign about the shots.

But in October, more people received their first vaccine shot – just under 1 million out of a total 6.5 million – than over the three months of summer combined, data showed.

“If in March and April the vaccination campaign was going very well, people were eager to get inoculated, from … the beginning of June it has stagnated, in part probably because the easing of restrictions,” said Cristian Radu, a doctor coordinating a Bucharest vaccination centre.

Epidemiologist Octavian Jurma said at the current pace, Romania could give a first shot to 10 million people, or half its population by December. About 80% of the population could be inoculated with one dose by March 2022.

One area of particular concern remains the elderly, with just 21% of those over 80 inoculated – despite them being a priority group after healthcare workers when the campaign was rolled out.

“I couldn’t come until now, because I was always at the hospital,” said 83-year-old Elena Rosu, a cancer patient who needs a walker to move.