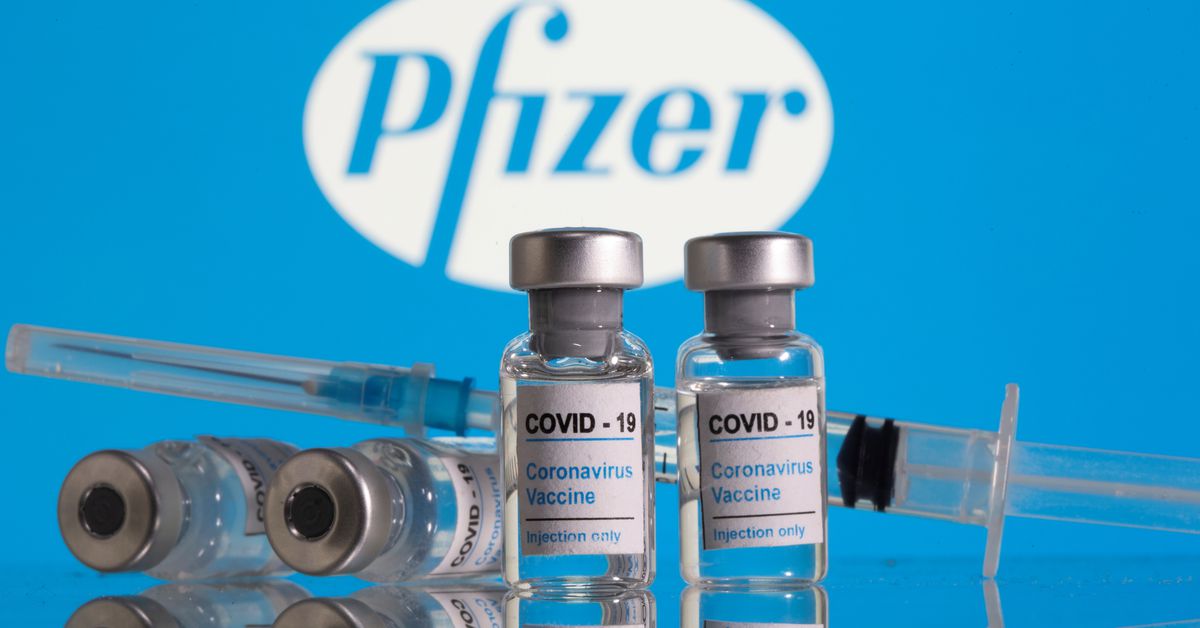 JOHANNESBURG, Sept 11 (Reuters) – South Africa’s health regulator has approved Pfizer’s (PFE.N) COVID-19 vaccine for use by children aged 12 and older, paving the way for the government to offer vaccinations to teenagers.

The South African Health Products Authority (SAPHRA) said the decision came after a review of updated safety and efficacy information submitted in March this year.

After a bumpy start, South Africa’s vaccination campaign has ramped up in recent months with a solid supply of shots secured and just over 12% of its more than 60 million people vaccinated. That puts the country well ahead of others on the continent.

However, health insurers say vaccine hesitancy is now the main issue impacting the pace of the campaign and the government has launched efforts to persuade people to get the jab.

South Africa has a large youth population, with some 28% under the age of 15.

Countries around the world are now considering or administering vaccines to children, while other vaccine developers including Moderna (MRNA.O) are seeking the green light for the use of their shots on teens.

Pfizer, whose shot is already being administered to teens, is planning tests on even younger children.