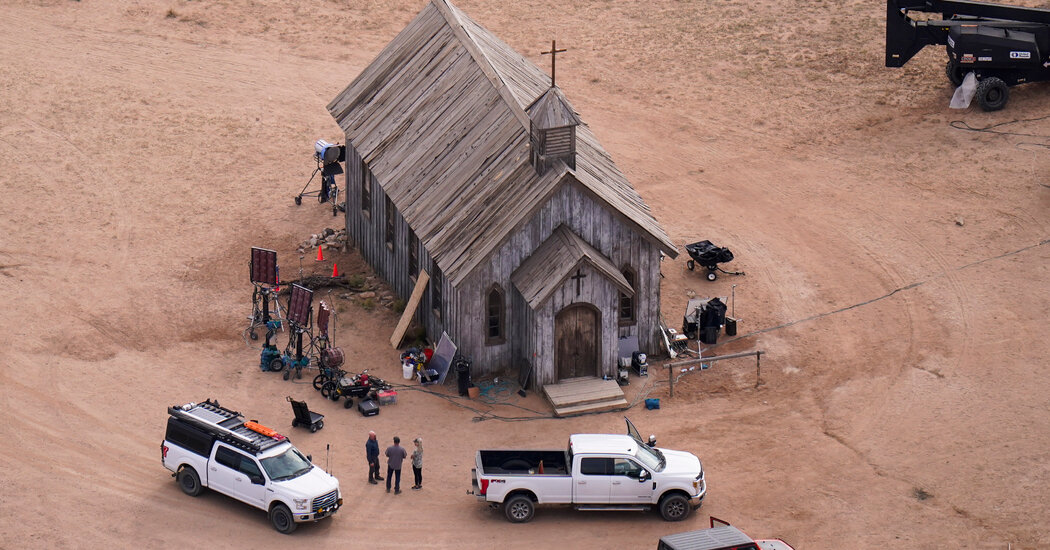 The armorer who was tasked with managing weapons for the film “Rust” in New Mexico, where Alec Baldwin fatally shot a cinematographer last year, filed a lawsuit on Wednesday accusing a supplier of guns and ammunition of introducing “dangerous” materials onto the set.

In the lawsuit, the armorer, Hannah Gutierrez-Reed, said Seth Kenney and his company, PDQ Arm & Prop, had supplied the box — labeled “dummy” rounds — that, in fact, contained at least one live round, which discharged from a gun that Baldwin was practicing with on Oct. 21 of last year. The discharge killed the cinematographer, Halyna Hutchins, and wounded the movie’s director, Joel Souza.

“Hannah and the entire ‘Rust’ movie crew relied on the defendants’ misrepresentation that they provided only dummy ammunition,” according to documents in the suit filed in state court in New Mexico.

According to the lawsuit, which named Mr. Kenney and his company, he had worked with Ms. Gutierrez-Reed’s father, Thell Reed, a prominent Hollywood armorer, on a different movie set in Texas about a month or two before the deadly shooting.

Mr. Kenney had asked Mr. Reed to help train actors to shoot live rounds at a firing range off-set, the lawsuit said. Afterward, Mr. Kenney took ammunition, including live rounds that Mr. Reed had supplied for the training, it said.

What Happened on the Set of ‘Rust’

According to court documents filed by a detective for the Santa Fe County Sheriff’s Office last year, Mr. Reed has said the live ammunition used on the shooting range could be the same that ended up on the “Rust” set.

Ms. Gutierrez-Reed’s lawyers said in the lawsuit that Mr. Kenney and PDQ Arm & Prop of Albuquerque had “distributed boxes of ammunition purporting to contain dummy rounds, but which contained a mix of dummy and live ammunition to the Rust production.”

They “knew or should have reasonably believed that the ammunition they supplied to the Rust production would be used in the filming of scenes involving the discharging of firearms,” the filing stated.

Mr. Kenney did not immediately respond to a request for comment. His role as a supplier of blanks and dummy rounds to the production, and the question of whether he may have sent live ammunition as well, are already being investigated by law enforcement officials in New Mexico.

In November, a warrant was issued to search Mr. Kenney’s business. According to an affidavit in the case, the head of props on “Rust,” Sarah Zachry, told detectives that some of the ammunition had come from Mr. Kenney, while some came from a previous production Ms. Gutierrez-Reed had worked on and “an individual identified as ‘Billy Ray.’”

At the time, Mr. Kenney, who has also done business out of Arizona and California, said he was confident he was not the source of any live round.

“It is not a possibility that they came from PDQ or from myself personally,” he said in an interview with “Good Morning America,” adding that dummy rounds from his company get individually “rattle tested” before they are sent out (when shaken, dummy rounds will rattle, while live rounds will not).

In the latest lawsuit, Ms. Gutierrez-Reed’s lawyers described the actions she took to check that the gun was safe before it was later handed to Baldwin. “Hannah remembered the chamber that she believed needed to be cleaned in Baldwin’s gun and she cleaned it and then Hannah pulled another round from the dummy box, shook it, and placed it in the chamber,” the court papers said. “To the best of Hannah’s knowledge, the gun was now loaded with 6 dummy rounds.”

Ms. Gutierrez-Reed’s lawyer has previously said that she did two jobs on the “Rust” set — armorer and props assistant — which made it difficult for her to focus fully on her job as armorer. The lawsuit, which characterized the “Rust” set as having a “rushed and chaotic atmosphere,” noted that Ms. Gutierrez-Reed was to be paid about $7,500 for both jobs combined.

Ms. Gutierrez-Reed has been named as one of several defendants in separate lawsuits filed by two “Rust” crew members who asserted that she had failed to follow appropriate safety measures as armorer and that at 24 years old, she was not experienced enough to be overseeing weapons on the set.

Mr. Kenney and his company represented that the “props were dummy rounds and safe and effective products for use on a movie set when in fact they were unsafe live rounds and never should have been on a movie set,” Ms. Gutierrez-Reed’s lawyers said in the court papers.