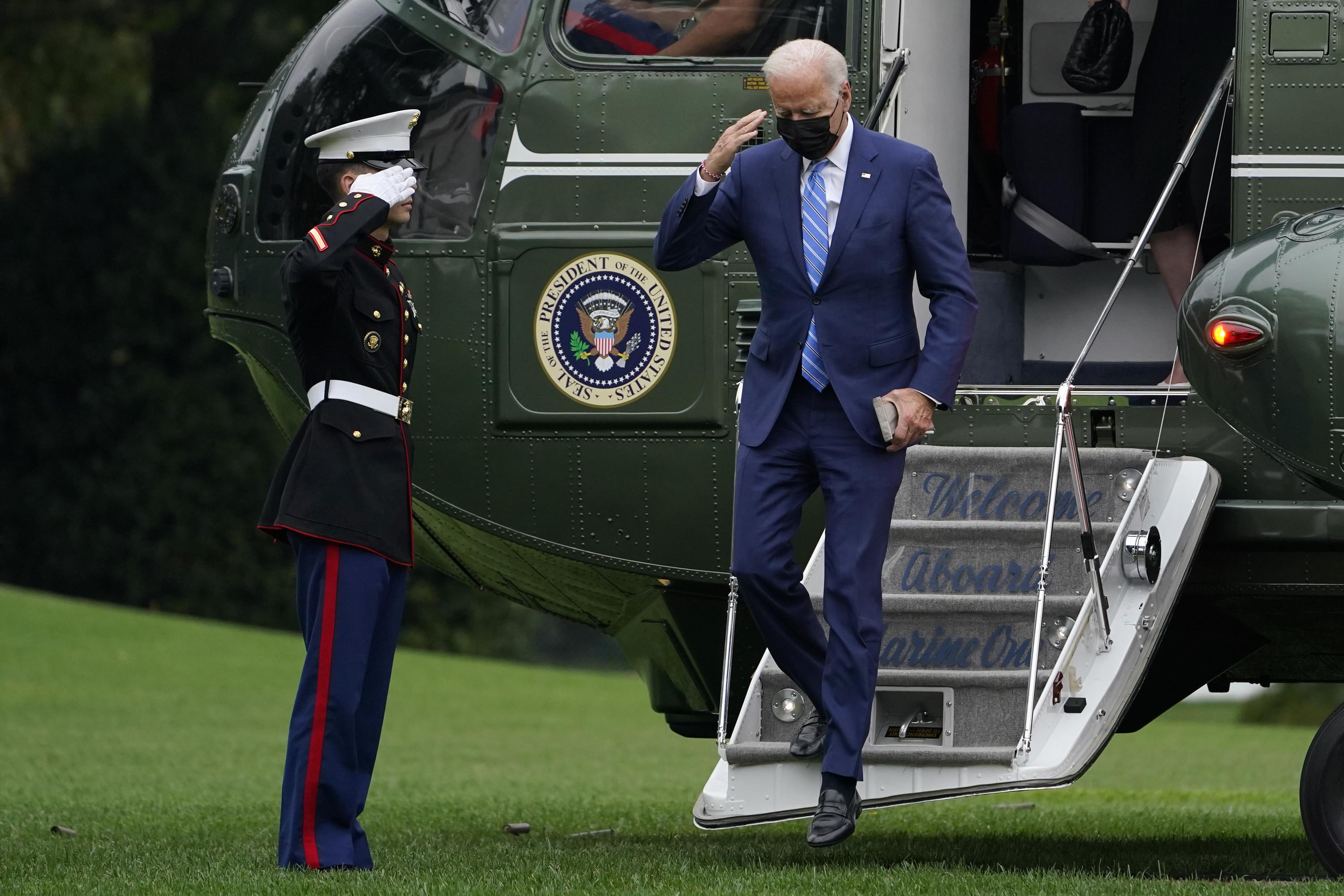 WASHINGTON (AP) — It’s a risky move by President Joe Biden that could come back to haunt him — and future presidents — in the hyperpartisan world of Washington politics.

Democrat Biden has agreed to a request from Congress seeking sensitive information on the actions of his predecessor Donald Trump and his aides during the Jan. 6 insurrection, though the former president claims the information is guarded by executive privilege.

The move by Biden isn’t the final word; Republican Trump says he will challenge the requests and a lengthy legal battle is likely to ensue over the information. Courts have ruled that former presidents are afforded executive privilege in some cases.

But the playbook for the legal world is different from the political world. And in the political world, “every time a president does something controversial, it becomes a building block for future presidents,” said Saikrishna Prakash, a law professor at the University of Virginia who studies presidential powers.

Biden’s decision not to block the information sought by Congress challenges a tested norm — one in which presidents enjoy the secrecy of records of their own terms in office, both mundane and highly sensitive, for a period of at least five years, and often far longer. That means Biden and future presidents, as well as Trump.

While not spelled out in the Constitution, executive privilege has developed to protect a president’s ability to obtain candid counsel from his advisers without fear of immediate public disclosure and to protect his confidential communications relating to official responsibilities.

But that privilege has its limitations in extraordinary situations, as exemplified during the Watergate scandal, when the Supreme Court ruled that it could not be used to shield the release of secret Oval Office tapes sought in a criminal inquiry, and following the Sept. 11 terrorist attacks.

The Jan. 6 insurrection belongs among those ranks, Biden’s White House counsel wrote to the keeper of records, the Archivist of the United States. An armed mob of Trump supporters stormed the building in an attempt to stop the certification of Biden’s election victory.

“This committee is investigating a dark day in our democracy — an attempt to undermine our Constitution and democratic processes by the former president — and that context, I think, is important here, too,” White House press secretary Jen Psaki said of the congressional panel seeking the records.

The argument that the special circumstances of the attack justify the extraordinary release should guard against the erosion of executive privilege for presidencies going forward, some experts said.

“By ratcheting up how extraordinary and extreme it is, it limits the precedent going forward,” said Jonathan Shaub, an assistant professor of law at the University of Kentucky J. David Rosenberg College of Law and a former attorney-adviser in the Office of Legal Counsel in the Obama administration.

But those other exceptions occurred in a pre-Trump world, where there were clear customs and norms, and generally, one set of facts. Today, a large part of the country believes Trump’s lies that he is the rightful winner of the 2020 election, even though there is no credible evidence to support his claims of mass fraud, and Trump and his allies have gone to great lengths to recast the events of Jan. 6 to make the rioters out to be warrior patriots.

If history is any guide, once the door to reviewing past presidential records is ajar, future Congresses and presidents could swing it open further as politics warrant.

It’s a path followed by other Washington norms in the increasingly rancorous capital. In 2013, Democrats deployed the so-called nuclear option to eliminate the filibuster that would require 60 votes to approve most presidential appointments and nominations, but maintained it for legislation and Supreme Court picks. In 2017, when Republicans took control of Washington, they took the tactic further, and during the Trump years, they put three justices on the high court by simple majority votes.

Presidents tend to be protective of their ability to keep White House documents private, both for themselves and their predecessors. But any White House move to deny the congressional request for records on Trump’s activities could antagonize Democratic legislators just when Biden needs their support to advance his agenda.

The documents requested by the congressional committee are part of a lengthy and contentious investigation into how the Jan. 6 mob was able to infiltrate the Capitol and disrupt the certification of Biden’s presidential victory in the most serious assault on Congress in two centuries. More than 630 people have been charged criminally in the attack, the largest prosecution in U.S. history.

Thousands of documents have been sought from the Trump administration as they try to determine how the insurrection could have happened. Many of those requests went to the National Archives, where Trump’s correspondence during his time in office is held.

According to an executive order on presidential records, the archivist of the United States “shall abide by any instructions given him by the incumbent President or his designee unless otherwise directed by a final court order.”

“Congress is examining an assault on our Constitution and democratic institutions provoked and fanned by those sworn to protect them,” White House counsel Dana Remus wrote in a letter to the archivist. “The constitutional protections of executive privilege should not be used to shield, from Congress or from the public, information that reflects a clear and apparent effort to subvert the Constitution itself.”

Trump responded with his own letter to the National Archives formally asserting privilege over nearly 50 documents.

Referring to the Presidential Records Act, Trump wrote, “I hereby make a protective assertion of constitutionally based privilege with respect to all additional records.” He said if the committee seeks other information he considers privileged information, “I will take all necessary and appropriate steps to defend the Office of the Presidency.”