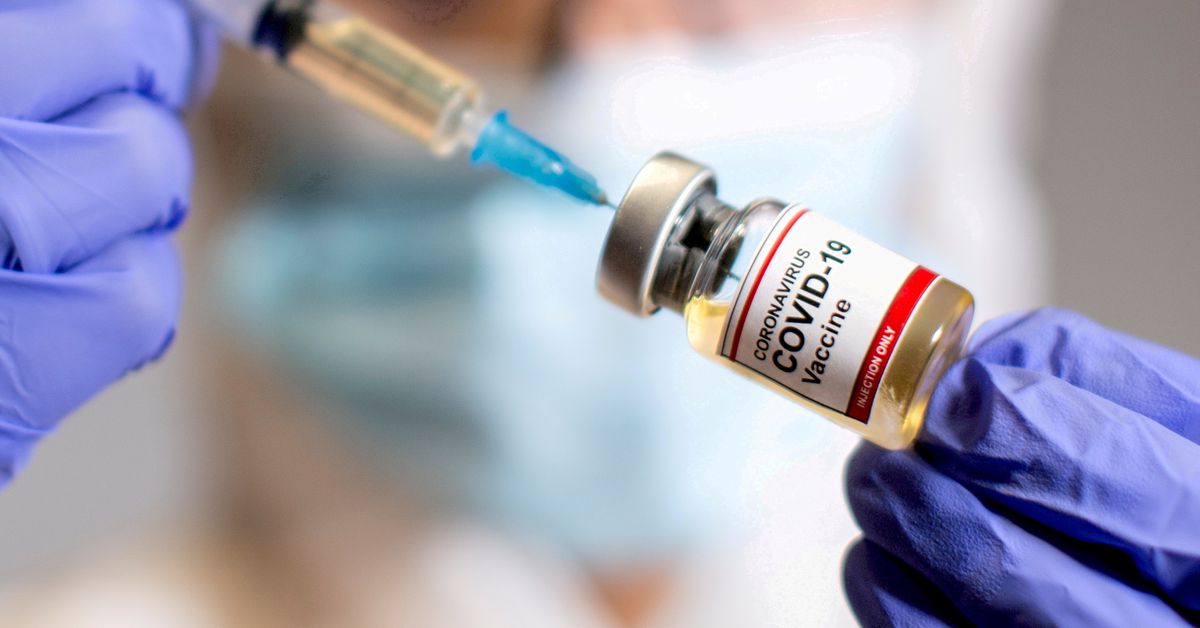 A woman holds a small bottle labelled with a “Coronavirus COVID-19 Vaccine” sticker and a medical syringe in this illustration taken October 30, 2020. REUTERS/Dado Ruvic

Coronavirus cases in the island nation of 9 million have been surging in recent weeks, with 385 new cases recorded on Thursday, according to latest available government data.

Less than 1% of the population has been fully vaccinated, according to Our World in Data figures, although the government anticipated months ago that it would have enough shots by now for everyone who wanted to be vaccinated.

Misinformation, public apprehension, and logistical challenges with the rollout have slowed down vaccinations, the Red Cross said.

“Urgent efforts and further support are needed in healthcare to prevent a massive loss of life in the coming days and weeks,” Uvenama Rova, PNG Red Cross secretary general, said in a statement.

According to the PNG National Control Centre for COVID-19, all major hospitals have been hit with rising cases.

“We’re at the moment barely managing with the existing load,” Gary Nou, team leader for Emergency Medical Team at the National Centre, was quoted as saying last week in a statement on the centre’s website.

A medical team from Australia arrived in Port Moresby this month, and Britain was also to send a team.

While some other nations in the Pacific region, such as the Solomon Islands and Kiribati, have also had sluggish vaccine rollouts, the tiny nation of Palau had 99% of its population over 12 vaccinated by mid-October, while Fiji had 96% of eligible people with one dose, the Red Cross said this month.

Reporting by Lidia Kelly in Melbourne; Editing by William Mallard