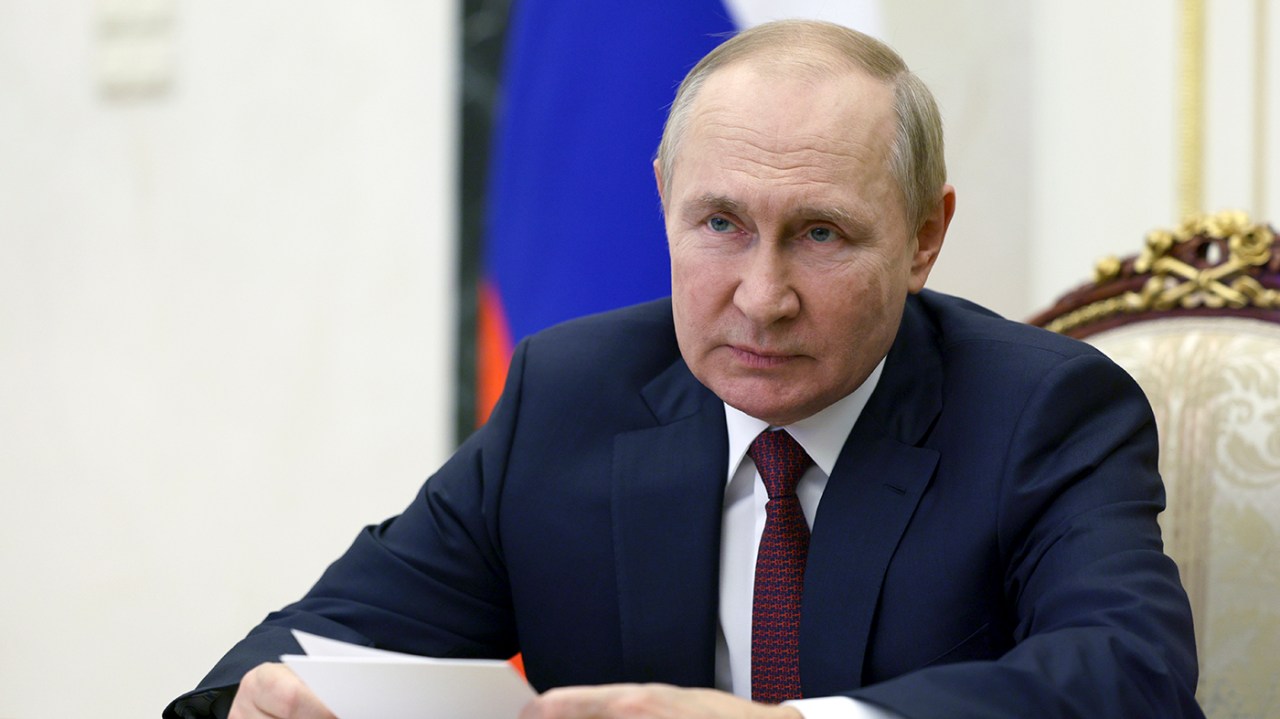 Russian President Vladimir Putin is expected to move forward on Friday with the annexation of four Ukrainian territories in the latest escalation by the Kremlin of its war in Ukraine, sparking outcry from the U.S. and its partners.

Putin will speak at a ceremony in Moscow that comes after a series of referendums in Ukraine that the U.S. and others have denounced as manipulated and preordained by the Kremlin.

The land grab follows Putin’s warnings about nuclear weapons — raising questions over how Russia will respond to attacks in these territories once declared part of the fatherland.

“It certainly is Putin’s intention to have us believe that he’s raising the stakes. This is the biggest land grab since the second World War,” said Marshall Billingslea, who served as the special presidential envoy for arms control at the State Department during the Trump administration.

“He’s effectively putting down a marker, and we should expect the Russians to immediately signal that this is now Russian territory, and therefore their threat to escalate applies to any effort to retake these territories by Ukraine or anyone else,” Billingslea added.

The annexation also comes as experts have warned the Russian leader is growing increasingly desperate to turn the tide of the war.

However, the U.S. has promised that it will not be deterred by the risk of belligerence from Moscow as it claims Ukrainian territory.

“The true will of the Ukrainian people is evident every day as they sacrifice their lives to save their people and maintain the independence of their country, and in defense of freedom as well,” President Biden said Thursday at a gathering of Indo-Pacific leaders.

“Russia’s assault on Ukraine in pursuit of Putin’s imperial ambitions is a flagrant violation of the U.N. charter and the basic principles of sovereignty and territorial integrity.”

The Kremlin earlier this week announced that a ceremony will take place Friday that will launch a process of annexation of the Ukrainian regions of Donetsk, Luhansk, Kherson and Zaporizhzhia.

Putin has largely followed the playbook Moscow used when it annexed Crimea in 2014, after invading and then holding referendums rejected by Ukraine and the West.

Russian troops occupy parts of all four territories. After a successful Ukrainian counteroffensive earlier this month turned momentum against Russia more than six months after it launched its invasion, Moscow organized the referendums to purportedly determine whether those regions wanted to join Russia.

The United States, Ukraine and international organizations uniformly condemned the referendums as a “sham,” pointing to the presence of Russian troops near voting locations and reports that some soldiers went door to door in an effort to influence or intimidate voters, sometimes at gunpoint.

The official results released by the Kremlin showed around 90 percent or more of voters supporting joining Russia.

Secretary of State Antony Blinken said in a statement this week the U.S. “does not, and will never, recognize the legitimacy or outcome of these sham referenda or Russia’s purported annexation of Ukrainian territory.”

Still, the move brings even more uncertainty to an already precarious moment in the conflict.

United Nations Secretary-General António Guterres on Thursday said any decision by Russia to go forward with the referendum “will further jeopardize the prospects for peace” in the region.

“It will prolong the dramatic impacts on the global economy, especially developing countries and hinder our ability to deliver life-saving aid across Ukraine and beyond. It is high time to step back from the brink,” Guterres told reporters, according to a readout of the call.

He added that any Russian decision to proceed with an annexation of the four Ukrainian regions would have no legal leg to stand on, “stands against everything the international community is meant to stand for” and “is a dangerous escalation.”

But in Moscow, preparations are already underway for a major celebration in Red Square, where Putin’s spokesperson said he will deliver a major speech and pro-Moscow figures from the claimed annexed regions will sign treaties to join Russia in the Kremlin’s grand St. George’s Hall.

Putin warned in a speech last week that Russia would defend itself against any attack by Ukraine or others on its homeland, making reference to Moscow’s nuclear capabilities. The annexation of Ukrainian territory has triggered debate over whether efforts to reclaim those territories would be viewed as an attack on Russia.

State Department deputy spokesperson Vedant Patel on Thursday said annexation would only bring a new round of woes to the Kremlin.

“All options remain on the table when it comes to imposing costs on Russia when it comes to its atrocities and its continued invasion of Ukraine and, of course, its recent report on its sham referenda the efforts around annexation,”  Patel told reporters.

He would not go into details as to options Washington is considering, only noting that America “will continue to use the various tools and levers at our disposal to hold Russia accountable and continue to support the Ukrainian people — and we will never recognize those territories as Russian, they will always be Ukrainian and in Ukraine.”

And the Pentagon announced Wednesday that it will give Ukraine 18 more advanced rocket systems as part of a new $1.1 billion military aid package to the country.

Meanwhile, on Capitol Hill, Sens. Lindsey Graham (R-S.C.), and Richard Blumenthal (D-Conn.) on Thursday revealed a new bill that would halt economic and military aid to any country that recognizes the so-called annexed Ukrainian regions.

Putin is “trying to rewrite the map of Europe. He’s trying to do by force of arms what he can’t do by process,” Graham told reporters alongside Blumenthal in a press conference.

Blumenthal called the Russian leader’s actions “a steal” and “another craven brazen tactic by Vladimir Putin to test the West’s support for Ukraine, and we are having none of it.”