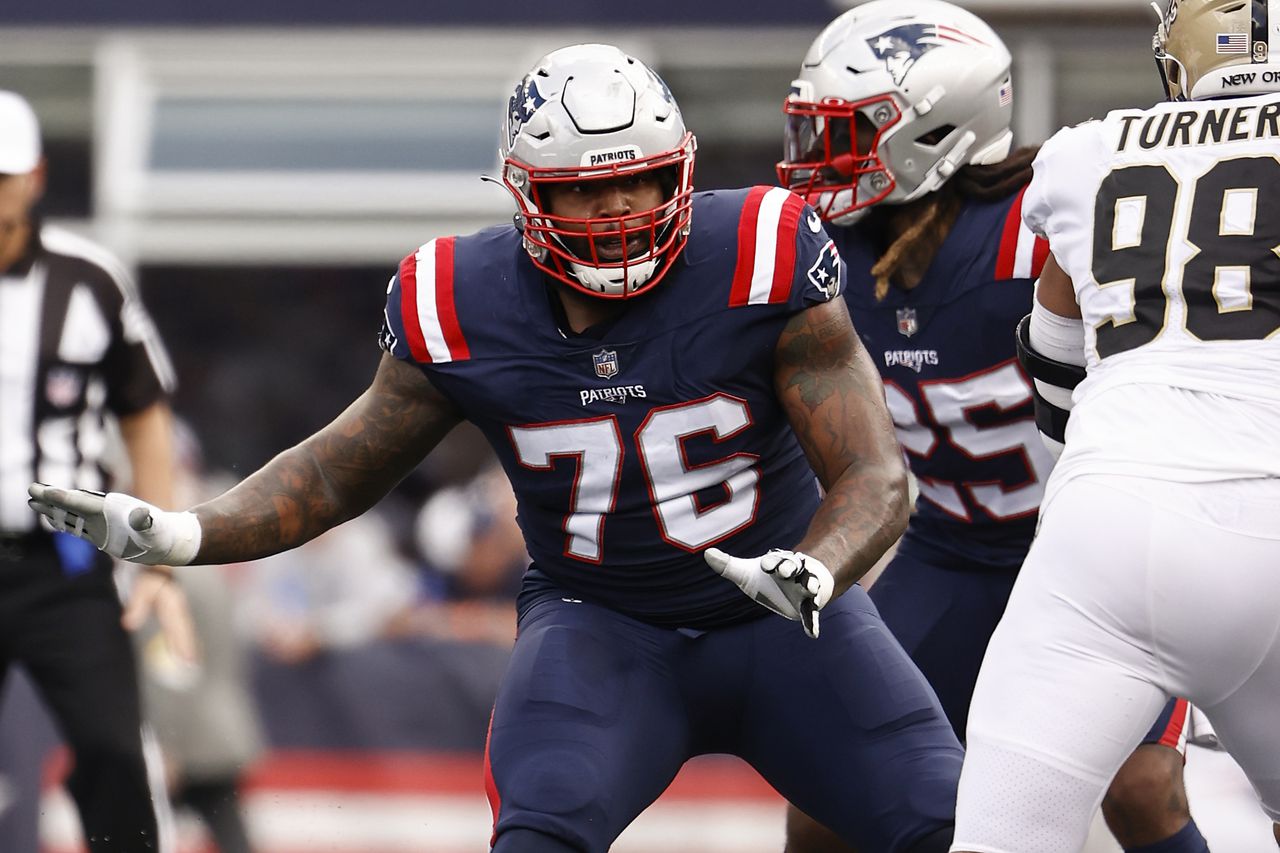 The New England Patriots just had the left side of their offensive line shut down due to COVID-19.

According to ESPN’s Field Yates, the Patriots have placed starting left tackle Isaiah Wynn and starting left guard Mike Onwenu on the NFL reserve/COVID-19 list. This does not necessarily mean the two have contracted the virus. But it does mean that they will be kept away from the team for the immediate future.

As NFL Network’s Mike Giardi notes their timetable for return depends on both players’ vaccination status. Giardi notes that, if both players are vaccinated, they could return in time to play in the Patriots’ Week 5 game against the Houston Texans.

This further exacerbates the blocking issues the Patriots have had all season. New England’s starting offensive line has struggled all season, leading to rookie quarterback Mac Jones taking a high number of hits and the rushing attack to fall below expectations.

The struggled were noticeable in the Patriots’ loss to the Tampa Bay Buccaneers when Jones was hit 12 times and the offense totaled minus-1 yards rushing as a team.

With Wynn and Onwenu out, the Patriots will be looking for alternative solutions at tackle and guard. Onwenu will likely be replaced by veteran Ted Karras, who filled in late in Sunday’s game against the Buccaneers after Onwenu was benched.

The situation at tackle is a little more complicated. The team has already been without right tackle Trent Brown for a few weeks due to a lingering calf injury. The Patriots have rotated between Justin Herron and Yasir Durant in that right tackle spot in the meantime. The Patriots also have third-year tackle Yodby Cajuste available, though he played just four snaps this season, all on special teams.

If Wynn is absent Sunday and Brown is healthy again, there’s a chance Brown moves to left tackle while Herron/Durant takes the right spot. If Brown is absent, then we’ll see some combination of Herron, Durant and maybe even Cajuste across the two tackle spots.