North Korea fired a second ballistic missile into the sea on Sunday ahead of a visit from Vice President Kamala Harris to the South Korean capital.

Kim Jong Un’s regime fired its first missile off of its east coast on Saturday as the USS Ronald Reagan aircraft carrier entered the region. The country frequently uses missile tests as a show of force. Harris will visit Seoul later this week as the U.S. and South Korean militaries hold joint drills.

Prior to Saturday’s launch, North Korea had not fired a ballistic missile since June. Sunday’s launch was relatively short-range, with South Korea tracking the missile as it traveled just under 400 miles at a speed of Mach 5, according to Reuters.

“North Korea’s launch of a ballistic missile is an act of grave provocation that threatens the peace and security of the Korean peninsula and international community,” South Korea’s Joint Chiefs of Staff said in a statement Sunday. 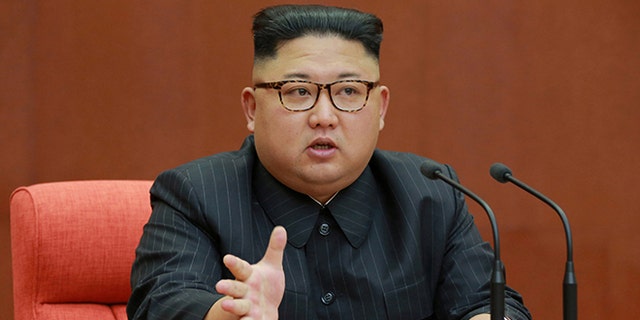 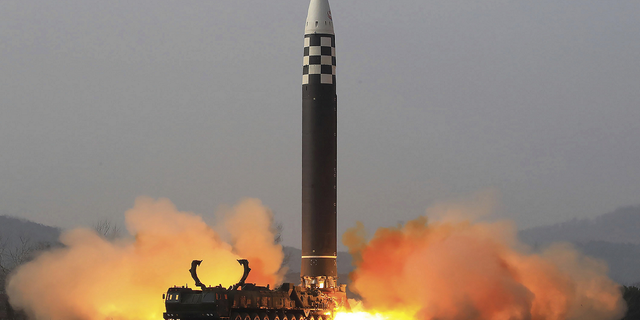 This photo distributed by the North Korean government shows what it says is a test-fire of a Hwasong-17 intercontinental ballistic missile (ICBM), at an undisclosed location in North Korea on March 24. (Korean Central News Agency/Korea News Service via AP)

The U.S. military also released a statement condemning Saturday’s launch. Joint Chiefs of Staff Chairman Kim Seung-kyum and the U.S. Forces Korea Commander Paul LaCamera have also been in contact regarding the launch, according to Reuters.

“We are aware of the ballistic missile launch and are consulting closely with our allies and partners,” the United States Indo-Pacific Command said in a statement. “While we have assessed that this event does not pose an immediate threat to U.S. personnel or territory, or to our allies, the missile launch highlights the destabilizing impact of the DPRK’s unlawful WMD and ballistic missile programs. The U.S. commitments to the defense of the Republic of Korea and Japan remain ironclad.”

Harris’ visit to Asia will see her meeting with South Korean president Yoon Suk-yeol as well as Japanese Prime Minister Fumio Kishida. The meetings will discuss regional security, particularly that of Taiwan against Chinese aggression.

“North Korea’s action represents a threat to the peace and security of our country, the region and the international community and to do this as the Ukraine invasion unfolds is unforgivable,” he said.