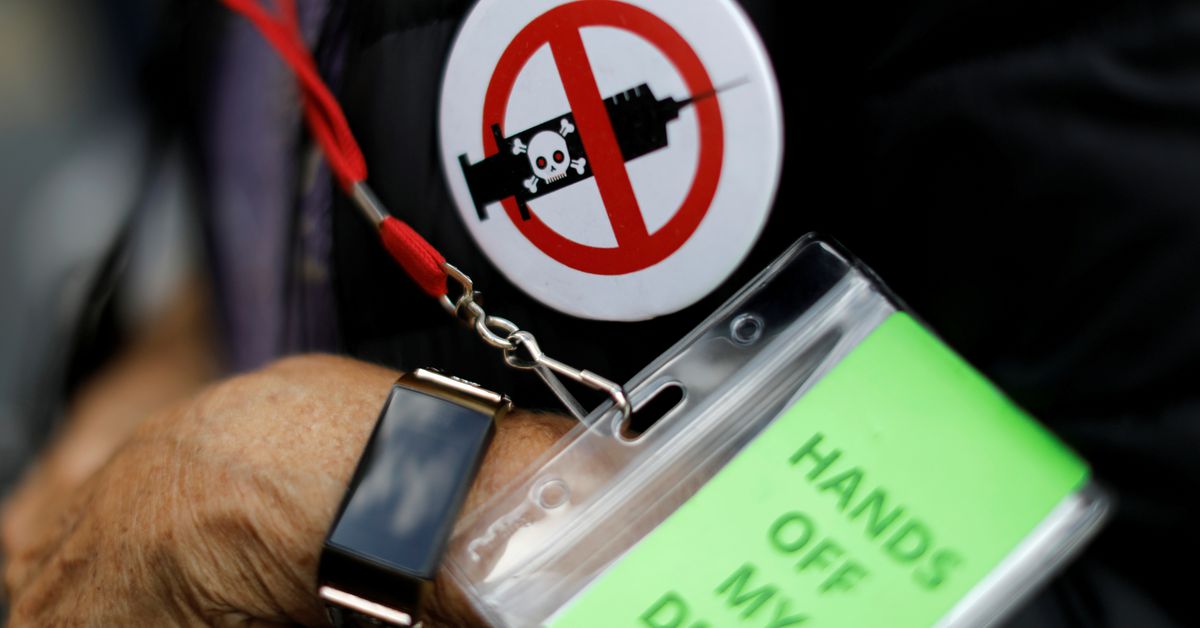 The ruling provides a test case as vaccine mandate opponents gear up to fight plans by President Joe Biden’s administration to extend COVID-19 inoculation requirements to tens of millions of unvaccinated Americans.

Vaccines have become highly politicized in the United States, where only 66% of Americans are vaccinated, well short of the initial goals of the Biden administration.

“The court rightly recognized that yesterday’s ‘front line heroes’ in dealing with COVID cannot suddenly be treated as disease-carrying villains and kicked to the curb by the command of a state health bureaucracy,” said Christopher Ferrara, a lawyer for the workers at the conservative Thomas More Society.

New York Governor Kathy Hochul, a Democrat, vowed in a statement to fight the decision, saying her “responsibility as governor is to protect the people of this state, and requiring health care workers to get vaccinated accomplishes that.”

At least 24 states have imposed vaccine requirements on workers, usually in healthcare.

New York’s Department of Health on Aug. 26 ordered healthcare professionals to be vaccinated by Sept. 27 and the order did not allow for the customary religious exemptions.

Hurd issued a temporary restraining order on Sept. 14 in favor of the workers while he considered whether to issue a preliminary injunction.

Reporting by Tom Hals in Wilmington, Delaware and Nate Raymond in Boston; Editing by Noeleen Walder and Peter Cooney