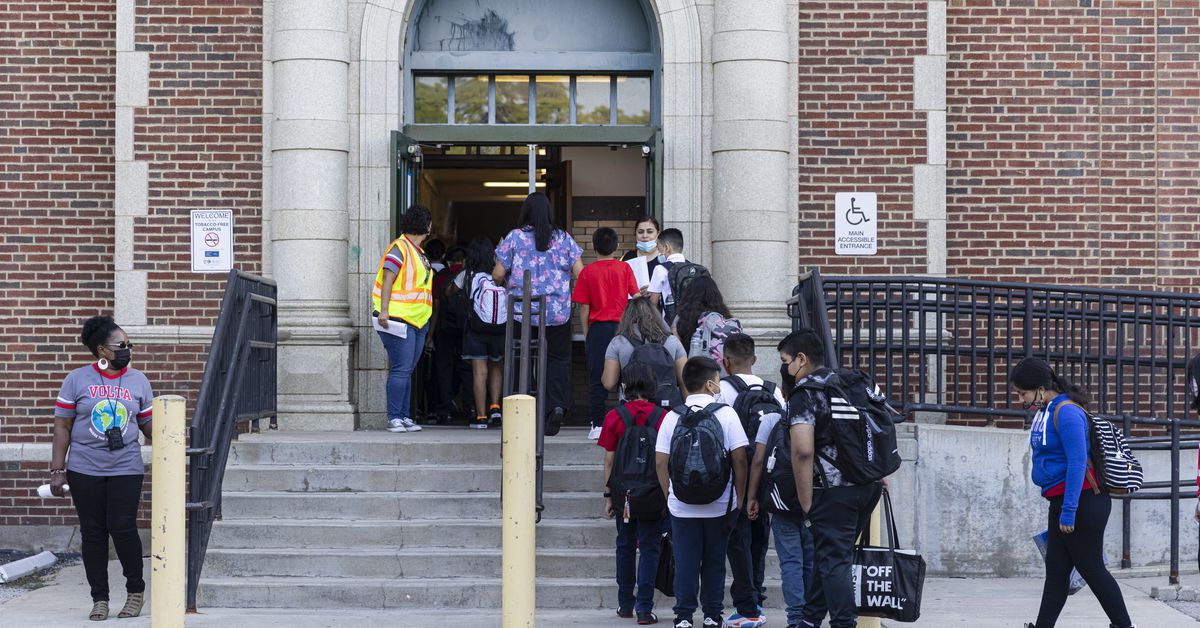 Just eight days into the new year, Chicago Public Schools officials have identified nearly 3,000 students who have been exposed to COVID-19 at their schools, with at least hundreds switching to remote learning and the district facing backlash for reporting delayed and undercounted data.

Exactly how many students are in isolation is unclear as CPS officials have not responded to requests to provide a specific number. But a review of emails from individual school administrators and interviews with parents and teachers shows that across the city, scores of elementary and high school students have been forced back to online learning due to a small number of COVID cases.

Quarantining has been used as an effective method to curb the spread of cases in schools. But few cases disrupting classes so early in the year represents a gut check for Mayor Lori Lightfoot and the school district’s hopes of operating a smooth school year.

The first week of school, CPS reported 144 confirmed cases of COVID-19 with 2,162 people identified as close contacts. Four schools — Englewood STEM, Taft and Senn high schools and Murray Elementary — each had over 100 people exposed, according to district numbers, and Taft had another case reported this week with 66 additional close contacts.

In all, another 17 cases and almost 800 close contacts reported this week mean CPS has had at least 161 confirmed positive tests and 2,941 people exposed through Wednesday. The data accounts for over 500 district-run, non-charter schools.

Though nearly 3,000 kids have been identified as close contacts, CPS hasn’t said how many children are quarantining. Only those who are unvaccinated are required to stay home for the usual 14-day period this year. In some cases entire classes have temporarily moved to remote learning while officials conduct contact tracing, then some students return to school.

“I knew that quarantining would be inevitable, that this year is just going to be a year of stops and starts,” she said. “But I went from knowing it to feeling it. Once I received information that one of my kids would need to quarantine, it felt kind of like the wind was knocked out of our sails.”

Nordlund said she doesn’t feel any less confident in the safety of her daughter’s school because no new cases have been reported since the first one last week. And she praised the school principal and teachers for quickly notifying parents.

The number of cases and exposures CPS reported represent a tiny fraction of the students and staff who have returned to schools — around 300,000 children and 35,000 adults. But they also are almost certainly an undercount of the virus’ impact to start the year, the extent of which remains unclear.

Several schools have had at least one COVID-19 case not counted in the district’s online tracker, according to a cross-reference of principals’ emails with CPS’ website, with some buildings seeing hundreds of people exposed who also aren’t represented in CPS’ numbers.

The district has so far only updated its tracker once a week, leaving families without a full picture of the infections in their schools. It also removed all data about infections and quarantining prior to this school year.

Chicago Teachers Union President Jesse Sharkey in a statement Thursday criticized the district’s “lack of transparency and inability to tell the truth.”

CPS spokeswoman Emily Bolton and Chicago Department of Public Health spokesman Andy Buchanan said in a statement this week that “the public tracker is not currently set up to report on dynamic numbers, meaning, how many people are quarantined at a given time.

“The tracker represents one point in time. Some who are quarantined initially are no longer in quarantine after the investigation is complete and they are found to be vaccinated. This is not reflected in the tracker,” they said.

A discussion in the Facebook group of parent advocacy organization Raise Your Hand featured several parents confused by their kids’ circumstances. Some had been told to quarantine but weren’t told for how long, and others wondered about meal deliveries and remote learning schedules.

At Whitney Young High School on the Near West Side, Principal Joyce Kenner told families in an email early Wednesday afternoon that a student tested positive, exposing 102 students to the virus. The district’s tracker, updated Wednesday evening, lists no cases or close contacts at Whitney Young.

At Franklin Elementary Fine Arts Center in Old Town, an email from Principal Elizabeth Wontor-Leach past midnight early Thursday let families know of eight classes that would move to remote learning. There are at least 200 students in those classes, meaning a majority of the school would be learning from home, with no live online instruction until Friday.

“Late tonight, I was made aware that we have a need to flip several homerooms due to an exposure of a person who tested positive for COVID-19,” Wontor-Leach wrote. “I apologize for the late notice, as I have been working diligently ever since I found out late tonight of this occurrence. … I realize this is a disruption for your children and family. We’re here to support you through this time. We’re in this together.”