A number of Victorian schools have had to postpone Year 12 exams scheduled for Friday after wild weather lashed the state.

At least 150,000 homes and buildings have been left without power after damaging winds up to 143km/h wreaked havoc across southern Victoria and metropolitan Melbourne.

“I have been advised that in a small number of cases exams had to be postponed and the (education) department will be working with those individual schools over the coming days to deal with that accordingly and to provide the necessary support that’s required for those students to sit their VCE exams,” Mr Pearson told reporters. 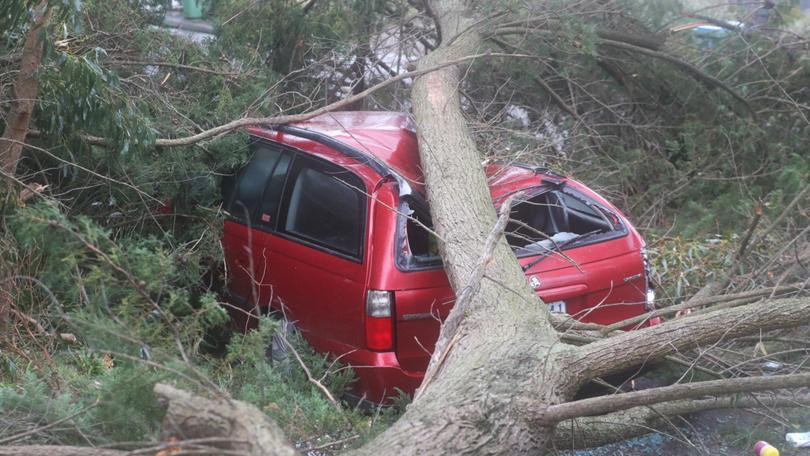 He said at some other schools, where power was interrupted, “natural sunlight enabled the exams to occur”.

State Emergency Service volunteers have been called to almost 2000 jobs for trees down and building damage in the past 24 hours.

“If you must travel, stay alert for fallen trees and debris, and drive to conditions.

“As our volunteers continue to respond to a huge amount of requests for assistance, we thank you for your patience.” 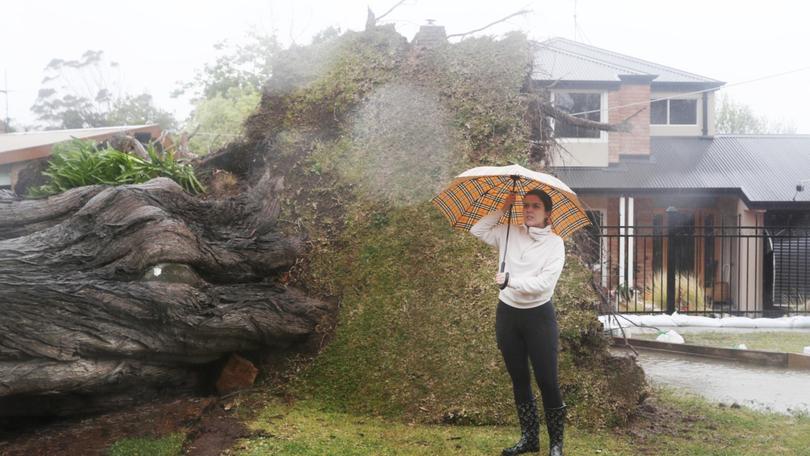 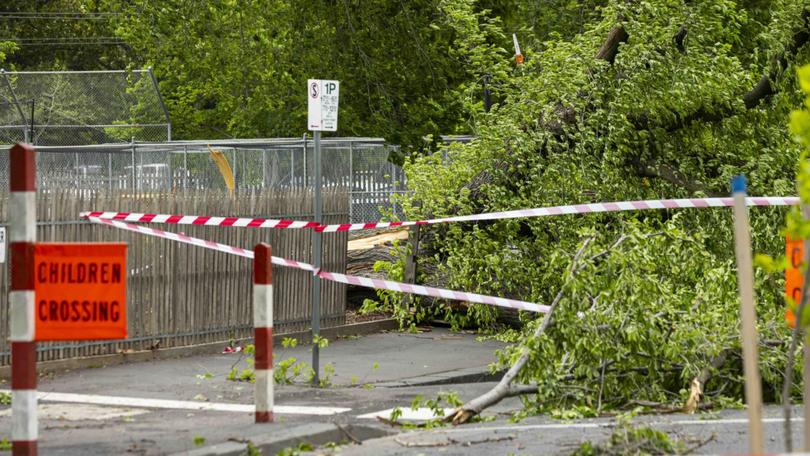 More than 30 Covid testing sites and six vaccination clinics were also forced to close across Victoria due to the wild weather.

Chief health officer Brett Sutton said the sites had been temporarily closed and urged people to check the health department’s website before venturing out.

“We’ll be contacting people who’ve got a vaccination schedule that has to be deferred for a little bit longer,” he said.

“We’re obviously working very hard to get those sites back online as soon as possible. But we do appreciate your patience as we do that.” He said some of the sites closed included the Cranbourne Turf Club, Sandown drive through clinic, Frankston Bayside Peninsula Health clinic, Melbourne Showgrounds, and the drive thru components at both Melton and Wyndham Eagle Stadium.

A severe weather warning remains in place for damaging winds in southern and eastern Victoria.

The weather bureau said winds were expected to ease in the vicinity of the Surf Coast by midday, then continue to contract from the north and west to the Gippsland coast by later Friday afternoon.

The strongest gust in Melbourne was at Frankston Beach, which was hit by 122km/h winds at 7.56am.

Mt William in the Grampians recorded the strongest gust of 143km/h, which South Channel Island was hit by 135km/h gust.