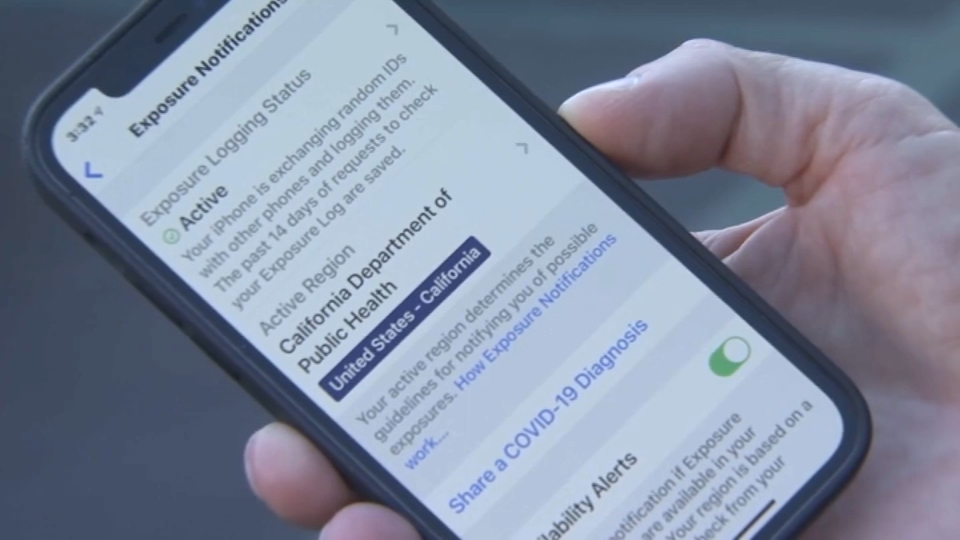 Have you gotten one of these: An alert from your smartphone telling you that you may have been exposed to COVID? It can be a scary feeling.

Two weeks ago, I got one of these notifications. I had a scratchy throat that day. I’m fully vaccinated and it’s allergy season so COVID never crossed my mind. But given the phone alert, I took a test. And low and behold I tested positive.

Tech giants Apple and Google rolled out new Bluetooth technology to help tackle contact tracing and teamed up with every state in the U.S. California picked UC San Diego to pilot and later expand the program.

If you have an iPhone, a software update months ago asked if you wanted to activate the COVID exposure notification technology. If you have an Android phone, a new app called CA Notify popped up on Google Play.

More than 13 million iPhone and Android users have activated the app – which represents 1 in 3 Californians and about 50% of all smartphone users, according to UC San Diego Health Chief Medical Officer Dr. Christopher Longhurst.

“This is a really valuable tool,” Longhurst said. “It’s not a replacement for traditional contact tracing, but it’s an important supplement and our modeling suggests we’ve avoided tens of thousands of infections and saved dozens if not hundreds of lives.”

So how do these alerts work?

If you have your Bluetooth feature on, your phone is constantly talking to other phones. The app doesn’t know where you are, only what other phones you were near. And it can’t even tie those phones to their owners or to you because our phones change our Bluetooth IDs every 15 minutes, so it’s completely anonymous.

“Contact tracing does not work well for diseases that are spread by breathing,” Longhurst explained. “Because most of us don’t remember who we breathe with. Or we don’t know them.”

In fact, Longhurst said this smartphone alert is more important now than ever before. Earlier in the pandemic during lockdowns, he said on average people who tested positive exposed fewer than two people. Now, with everything reopened, the average exposure is 5.5 people.

Still, Millen said the majority of those positive tests are among unvaccinated people.

“So it really depends,” she said. “Are you vaccinated?”

If the answer is yes, do you have symptoms? If you don’t, you can go about your normal life and just be on the lookout for any new symptoms. If you are vaccinated but you are experiencing symptoms, she says you might want to get a test and isolate. However, if you’re not vaccinated, you definitely want to get a test and isolate yourself whether or not you have any symptoms.

“So don’t freak out, [the notification] doesn’t mean you actually have COVID,” Millen said. “What it does tell you, though, is you may have been within 6 feet of someone for 15 minutes or so over the course of 24 hours. It’s just an alert to help you make better decisions.”

Millen urges folks who haven’t activated the notification on your iPhone or downloaded the app on Google play to make sure you do. And if you do test positive, make sure you go back and report that.

According to the state health department, since its statewide launch on Dec. 10, 2020, approximately 99,000 COVID-19 cases have used CA Notify to alert their potential contacts. Approximately 290,000 users have received exposure notifications.