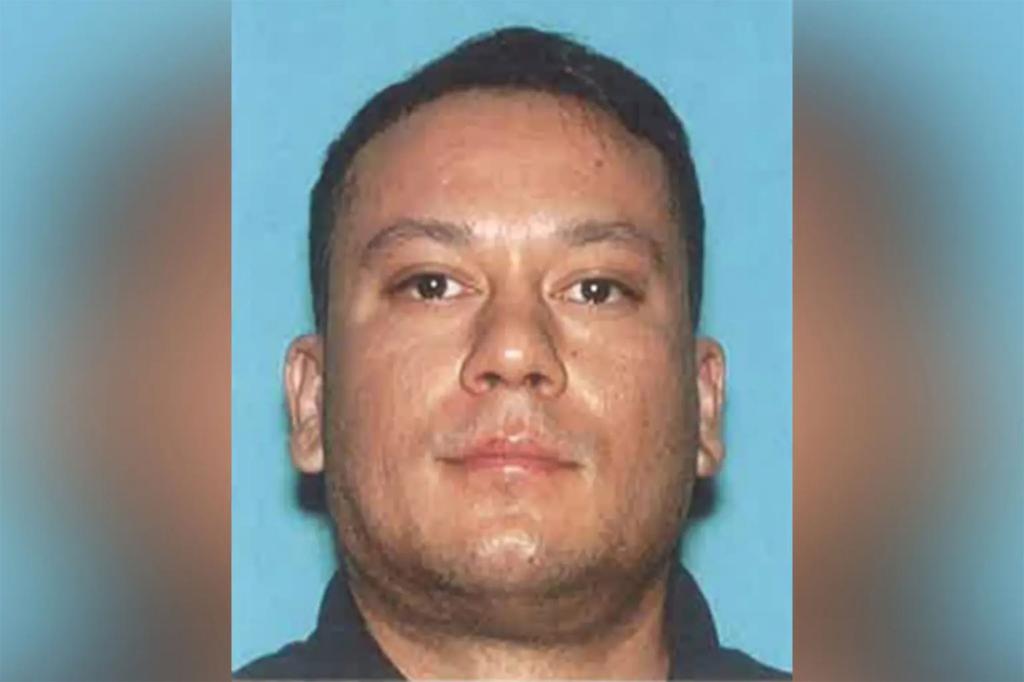 The California cop who allegedly masturbated during a domestic disturbance incident “took interest” in the 23-year-old sister of a “violent” man whom the family had a restraining order against, prosecutors said.

San Jose Officer Matthew Dominguez, 32, allegedly “touched himself” in front of the woman and her mother inside their home on April 21, before exposing himself to the older woman, according to the Santa Clara County District Attorney’s Office.

The lewd scene was detailed in an evidence document released by prosecutors in connection with Dominguez’s Thursday arrest for indecent exposure.

Dominguez and two other cops had responded to a home where a “mentally ill family member was being violent” against his parents and sister, who had a restraining order against the suspect, prosecutors said.

The four-year veteran began his investigation by speaking with the sister, who told him where he could potentially find her brother, officials said.

The alleged perverted cop then “took interest in her and continued to interact almost exclusively with her” while he sent his partners to look for the brother, according to prosecutors who cited his bodycam footage.

About 40 minutes into the investigation, the woman gave her brother’s GPS device to Dominguez in the presence of her mother, officials said.

The women then “saw Officer Dominguez unzip his pants, place his hand inside
his zipper and began rubbing his crotch,” according to the document.

When the mother asked her daughter to get a glass of water, “Dominguez followed the daughter into the kitchen and turned around to face [her mother, who] saw Officer Dominguez’s penis outside of his pants fully exposed,” prosecutors said.

Male relatives of the “shocked and scared” victims then reported Dominguez to the other officers on the scene, according to the account.

Dominguez was placed on administrative leave and could face a year in jail and ten years on a sexual offender list if convicted, authorities reported.