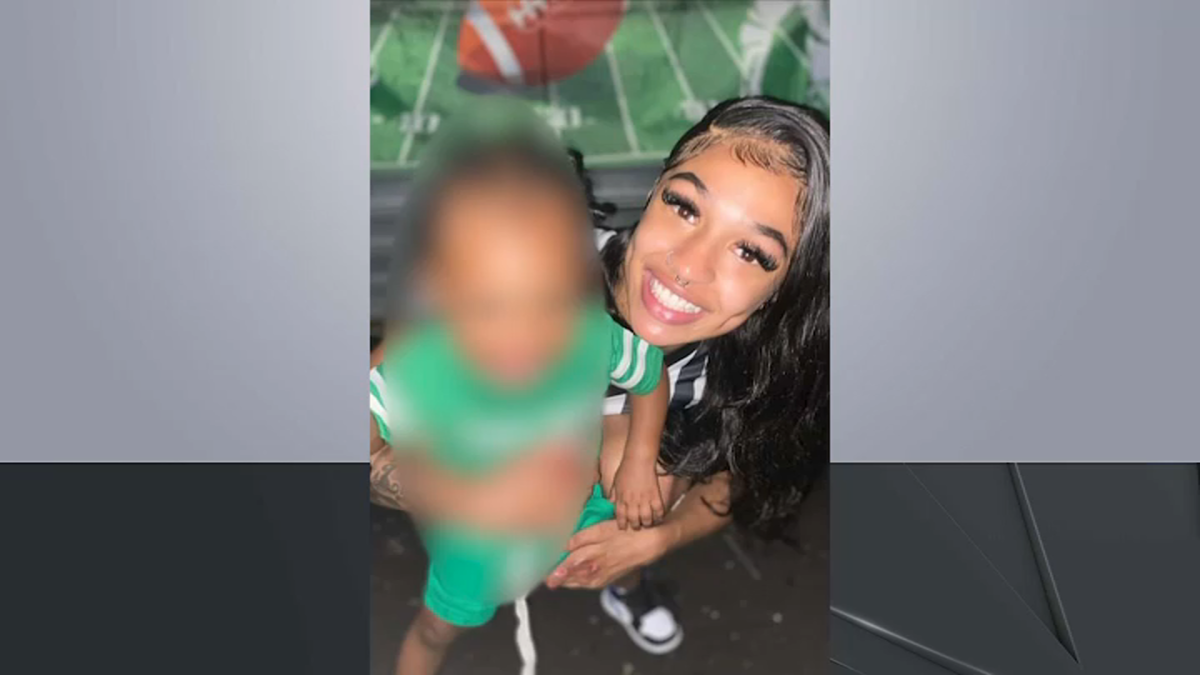 The mother of the 20-year-old woman executed at point-blank range as she pushed her 3-month-old child in a stroller on Manhattan’s Upper East Side Wednesday night described her daughter as a “young queen” whose city allegedly failed to protect her.

In a blistering rebuke of public safety amid spiking gun violence in New York City and elsewhere across the country — and this on top of the Supreme Court decision against New York state’s concealed carry permit law — Lisa Desort says the shooting victim, whom she identified as Azsia Johnson, reported being abused while she was pregnant.

It’s not clear to which of Johnson’s two pregnancies Desort was referring, but two senior NYPD officials confirmed a domestic violence report involving Johnson was filed in January 2021.

“The city failed my daughter because on January 1, my daughter called me and said she was being abused while she was six months pregnant,” Desort said. “She was scared to call the police so she gave me the address. I called police.”

Desort says police did respond and made sure Johnson was safe. Johnson then went to live with her mother, who says police said they couldn’t track down the baby’s father who was allegedly abusing her. That man is different from the father of the infant Johnson was strolling when she died.

Eventually, she ended up in a domestic violence shelter.

“She worked to the end of her pregnancy. She was on maternity leave with this baby. He kept harassing her, and threatening my life and my younger daughter’s life,” Desort said, adding that she genuinely was in fear for Johnson’s safety.

Extensive details on the case history with NYPD weren’t immediately available, though department officials did confirm a report was filed in 2021.

A 20-year-old mother pushing her 3-month-old child in a stroller was executed at point-blank range by a gunman wearing all black on Manhattan’s Upper East Side Wednesday, and that suspect remained on the loose early Thursday, authorities say. Gaby Acevedo reports.

“I tried to protect my daughter in every way. She had to leave my house, she couldn’t live there because he knew where I lived,” Desort said. “I kept telling her, ‘He’s no good.'”

When Johnson first introduced the man to her mother, Desort says her daughter came home late and he was pacing back and forth in the house as he waited.

“I’m in my old house, he’s pacing. I said, ‘What’s wrong with you?’ ‘Oh, nothing.’ He thought she was cheating on him,” Desort says. “She was with her friends. My daughter is not a cheater. My daughter is pregnant with your baby.”

That baby is not the 3-month-old who was in the stroller when Johnson was shot in the head by Lexington Avenue and East 95th Street around 8:30 p.m. Wednesday. She was found unconscious at the scene and pronounced dead a short time later. The baby wasn’t hurt.

Desort says she feared this — or something like this — was going to happen. And it is an unimaginable travesty for a woman who, according to Desort, defied the odds.

“My daughter graduated high school with merits, with the inspiration of becoming a pediatric nurse,” Desort said, reflecting on Johnson’s upbringing in Brownsville, Brooklyn.

“She had a child early and she was the most wonderful mother that you can imagine. She was hard working. She worked every day. She’s got more credit than a 30-, 40-year-old person has. She aspired to have houses and give her children the best of everything,” Desort said, adding that Johnson wouldn’t even accept used clothes.

“They were new babies. They deserved new clothes,” Desort says of her daughter’s mindset. “My daughter was amazing.”

And to the man she believes killed her, Desort says, “I treated you like a son. I welcomed you into my home. I spoke to you and calmed you down when you were upset. I fed you. Your baby girl does not, and no longer, will have a father or mother.”

“Turn yourself in,” Desort added. “This is what we have been telling you — turn yourself in. Go to counseling. You didn’t have to hurt my daughter. We could have been a family.”

The NYPD has not released the name of any potential suspects. They have said they are looking to question an infant’s father in the case but have not labeled him — or anyone else — a suspect at this point in the investigation.

No arrests have been made.

Multiple law enforcement sources with direct knowledge of the case say investigators recovered surveillance video and other footage from in and around the crime scene — and they continue to canvass for evidence that may track the gunman’s movements.

The sources say already recovered video shows the gunman pacing in front of a residence right before the shooting, which they say isn’t thought to be random. They also have surveillance footage showing the woman with the stroller at one point.

Cameras that would have faced the exact incident spot were not immediately accessible, the senior NYPD officials said.

Whoever shot the woman, according to the NYPD, fired a single shot at her head before running off. The shooter was last seen running eastbound on East 95th Street, the NYPD said. One shell casing was recovered at the scene.

Mayor Eric Adams, who had spent Wednesday discussing gun violence, condemned the Upper East Side killing as he stood alongside NYPD Commissioner Keechant Sewell for an initial news briefing on the case late that night.

“This entire day we have been addressing the problem of overproliferation of guns on our street, how readily accessible they are and how there is just no fear in using these guns on innocent New Yorkers,” Adams said Wednesday. “This is the result of that.”

Anyone with information is asked to call Crime Stoppers at 1-800-577-TIPS.

“These are real lives, when a mother is pushing a baby carriage down the block and is shot at point-blank range it shows just how this national problem is impacting families,” the Democratic mayor added as he called for bail reform. Adams also demanded, as he has frequently in recent weeks, more government action to buckle a trend he says applies whether “you are on the Upper East Side or East New York, Brooklyn.”