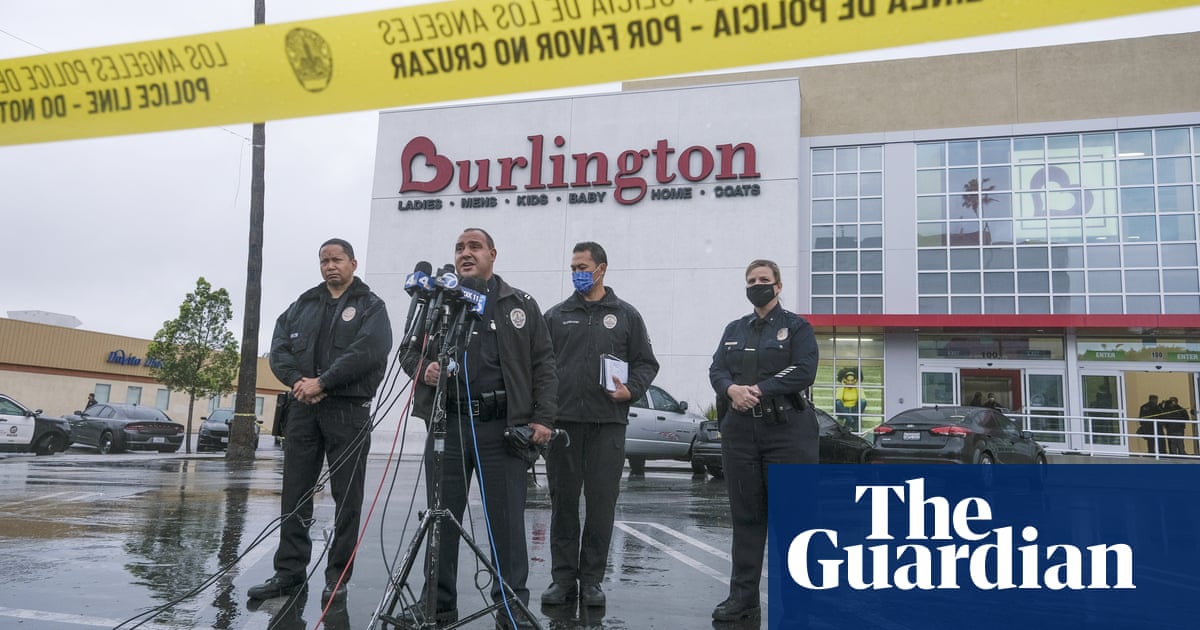 The Los Angeles police department is due on Monday to release video in the case of an officer who shot and killed a 14-year-old girl inside a department store while firing at another person.

The 14-year old victim has been identified as Valentina Orellana-Peralta, according to the LA county medical examiner’s office, which ruled the death to be a homicide from a gunshot wound to the chest.

Orellana-Peralta died after being hit by a bullet which went through the wall of the dressing room at a Burlington Coat Factory store in North Hollywood on Thursday as police officers responded to a call about an assault, officials said. She was pronounced dead at the scene.

The officer involved was put on paid leave, and has not been identified. When officers arrived, they fatally shot Daniel Elena Lopez, 24, who was accused of assault, officials said.

Police subsequently discovered a bullet hole in the dressing room wall, which was “directly behind the suspect and out of the officers’ view”, the department said.

Details of the alleged assault are unclear, but police said they retrieved a “very heavy lock” which they believe was involved in an assault that left a woman with head and arm injuries.

Orellana-Peralta had been shopping with her mother for a dress for a quinceañera – a 15th birthday celebration – according to the Los Angeles Times.

“This chaotic incident resulting in the death of an innocent child is tragic and devastating for everyone involved. I am profoundly sorry for the loss of this young girl’s life and I know there are no words that can relieve the unimaginable pain for the family,” Moore said last week.

He went on to add, “My commitment is to conduct a thorough, complete and transparent investigation into the circumstances that led up to this tragedy and provide the family and public with as much information as possible.”

The killing has sparked outrage across the US. Domingo García, president of the League of United Latin American Citizens, said in a statement: “It is indefensible that trained Los Angeles police officers could open fire in a crowded store at the height of Christmas shopping without first knowing for sure if the suspect was armed.”

The case has also drawn comparisons to an LAPD killing in 2018, when an officer fired at a suspect inside a Trader Joe’s store and in the process killed a store manager.

LAPD killings have sharply increased this year – the department has fatally shot 18 people in 2021, compared with seven in 2020, according to the LA Times. On Sunday, the department announced that an officer had fatally shot another man who was allegedly holding a knife.