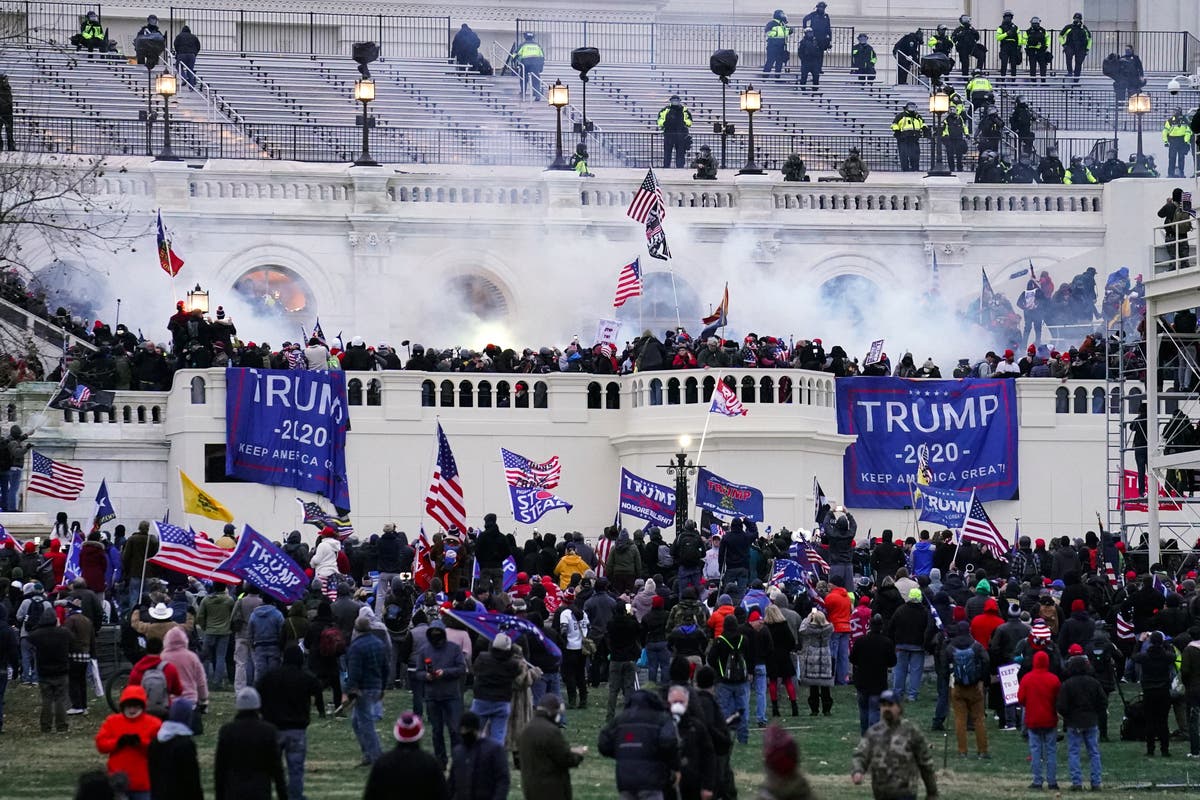 The House select committee investigating the 6 January insurrection has issued subpoenas to Twitter, Reddit, and the parent companies of YouTube and Facebook for information “relating to the spread of misinformation, efforts to overturn the 2020 election, domestic violent extremism, and foreign influence in the 2020 election” after the companies spurned prior voluntary requests.

In a statement, select committee chairman Bennie Thompson said the panel of seven Democrats and two Republicans is looking for information to answer two “key questions” of “how the spread of misinformation and violent extremism contributed to the violent attack on our democracy” and “what steps — if any — social media companies took to prevent their platforms from being breeding grounds for radicalizing people to violence”.

“It’s disappointing that after months of engagement, we still do not have the documents and information necessary to answer those basic questions,” Mr Thompson said. He added that the committee “cannot allow [its’] important work to be delayed any further”.

The select committee first requested information from each of the social media giants on a voluntary basis last August, but in letters to each of the tech giants’ chief executives, Mr Thompson noted that their respective companies had either failed to respond to the requests or did not fully comply with them.

Social media played an outsized role in efforts by pro-Trump activists to plan the attack on the Capitol, and the select committee is also looking into whether the Trump White House’s was aware of plans for violence on 6 January.

Last year, The Independent reported that ex-White House and Trump campaign officials said Donald Trump’s social media director, Daniel Scavino, would have made him aware of chatter on sites such as TheDonald.win where Trump supporters were openly discussing trying to stop certification of President Joe Biden’s 2020 electoral college victory with violence.

In a letter to Twitter CEO Parag Agrawal, the Mississippi Democrat said the company “has failed to disclose critical information that is responsive” to the August 2020 document request, including “important documents relating to warnings it received regarding the use of the platform to plan or incite violence on January 6th”.

The company has also “failed to fully comply or even commit to a timeline for complying with the Select Committee’s request for internal company analyses of misinformation, disinformation, and malinformation relating to the 2020 election, efforts to challenge or overturn the election, and the use of Twitter by domestic violent extremists or foreign malign influences to affect the 2020 election,” Mr Thompson wrote, adding that in his estimation, it “has become clear” that the company “is unwilling to commit to voluntarily and expeditiously complying with the Select Committee’s requests”.

The subpoenas to the four tech giants are the latest sign that the panel’s investigation is far broader than a probe into the specifics of the 6 January riot and the political rally which immediately preceded it.

Mr Thompson’s letter to Reddit CEO Steve Huffman notes that the committee is looking into “the influencing factors” that “fomented” the attack, including “the use of social media products to organise the attack, whether social media products contribute to radicialisation and/or the spread of misinformation or disinformation, and what these companies knew about their use in the attack or the spread of extremism that enabled the attack”.

“In addition to other topics, the Select Committee is investigating whether and how the social media ecosystem enabled or exacerbated the attack on the U.S. Capitol, and how it developed, evolved, and functioned,” Mr Thompson wrote. “This includes what various social media entities knew about the extent to which their platforms facilitated misinformation and disinformation about the 2020 election or served as a medium for planning or perpetuating the attack on the U.S. Capitol on January 6th; what steps they could have taken or did take to limit the use of their platforms for those purposes; and what impact any such actions did or did not have”.

Each of the companies must produce the documents demanded by the committee no later than 27 January.