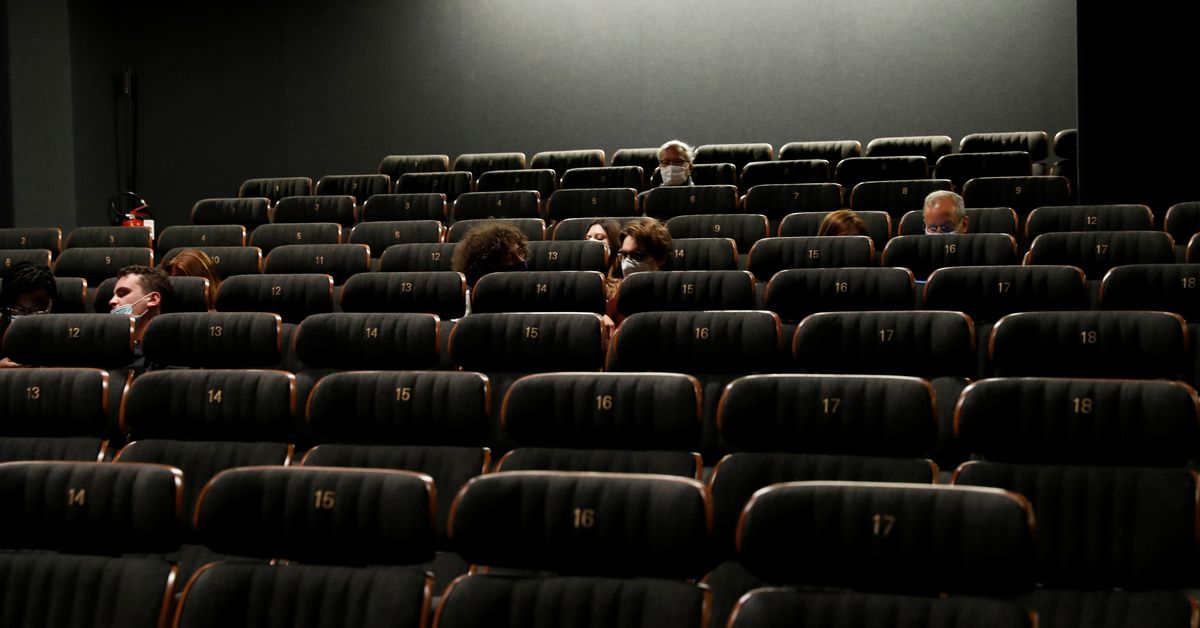 People sit at a cinema on the day of its reopening, as much of the country becomes a ‘yellow zone’, easing coronavirus disease (COVID-19) restrictions, in Rome, Italy, April 26, 2021. REUTERS/Remo Casilli

ROME, Oct 7 (Reuters) – Italy increased the maximum attendance capacity allowed at cultural and sporting venues on Thursday, continuing its progressive easing of COVID-19 curbs for those who can show documents of immunity from the disease.

As of Oct. 11, cinemas, theatres and concert venues will be able to fill all their seats, scrapping the current limit of 50%, the government said, following advice from its panel of public health advisors.

“Finally all cultural events are coming back to life,” Culture Minister Dario Franceschini said on Twitter.

The maximum capacity of sports stadiums will be raised to 60% from 35% for indoor venues and to 75% from 50% outdoors.

Limits on discotheques and nightclubs will stand at 50% indoors and 75% outdoors.

There will be no restrictions on museums, where only social distancing rules will remain in place.

However, only those carrying the so-called Green Pass — a certificate that shows if someone has received at least one jab, has tested negative or has recently recovered from coronavirus — will be allowed entry, and masks will remain obligatory.

Italy has seen more than 131,000 COVID-related deaths since its outbreak emerged in February last year, second highest tally in Europe after Britain.

However, infections, hospitalisations and fatalities have all eased in recent months as the vaccination campaign has proceeded. read more

Around 75% of its 60-million-strong population have had at least one COVID-19 shot and 69% are fully vaccinated, figures broadly in line with other large European Union countries.

(This story officially corrects to say maximum capacity on outdoor discos is 75%, not 70%)