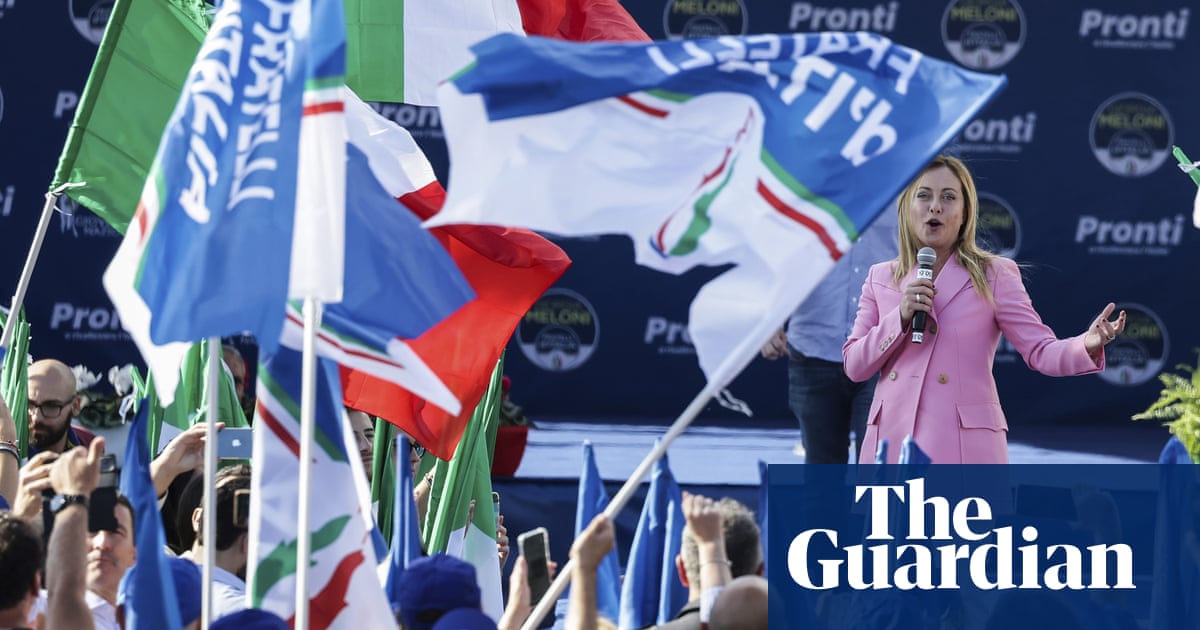 Italians were braced for seismic change on Saturday, on the eve of an election forecasted to hand Italy the most rightwing government since the second world war.

Giorgia Meloni, the head of the post-fascist Brothers of Italy party, is widely tipped to become the country’s first woman to head a government.

“The country is eager for a change, a new face,” Wolfango Piccoli of the London-based political risk consultancy Teneo said.

Italy is battling a series of crises, from rampant inflation and extreme weather events linked to climate change, to an energy crisis aggravated by the war in Ukraine.

The campaign, sparked by Mario Draghi’s downfall in July, wrapped up on Friday, giving Italians a day of reprieve as electioneering is banned after voting ends.

People who spoke to Agence-France Presse in Rome on Saturday said they were unsure the day before the results are announced as the latest polls show that the Brothers of Italy party is likely to win and form a government.

“I am worried by the fact that the polls have the rightwing as the winner, especially Giorgia Meloni,” said Maria Tasca, a 27-year-old student originally from Sicily.

“From what she has said on women’s rights, on young people’s rights, on rights in general, I see things going backwards by at least 50 years.”

“The problems are worldwide, there’s no magic solution. But sometimes you have to change,” said a 75-year-old shop owner, who gave his name only as Dante.

Meloni, 45, has worked hard over the past few weeks to reassure skittish investors and an anxious Brussels that her party’s historical ties to supporters of dictator Benito Mussolini are a thing of the past.

She has softened her tone and posted a video of herself on TikTok making traditional pastries from the Puglia region.

But she channelled warrior Aragorn from Tolkien’s Lord of the Rings on Thursday at the closing rally for the rightwing coalition, which unites her Brothers of Italy with Matteo Salvini’s anti-immigration League party and billionaire Silvio Berlusconi’s Forza Italia.

The self-described “Christian mother” segued smoothly from the fantasy king to blaming the left for the country’s “drug dealers, thieves, rapists and mafia”, adding: “This Italy ends on Sunday.”