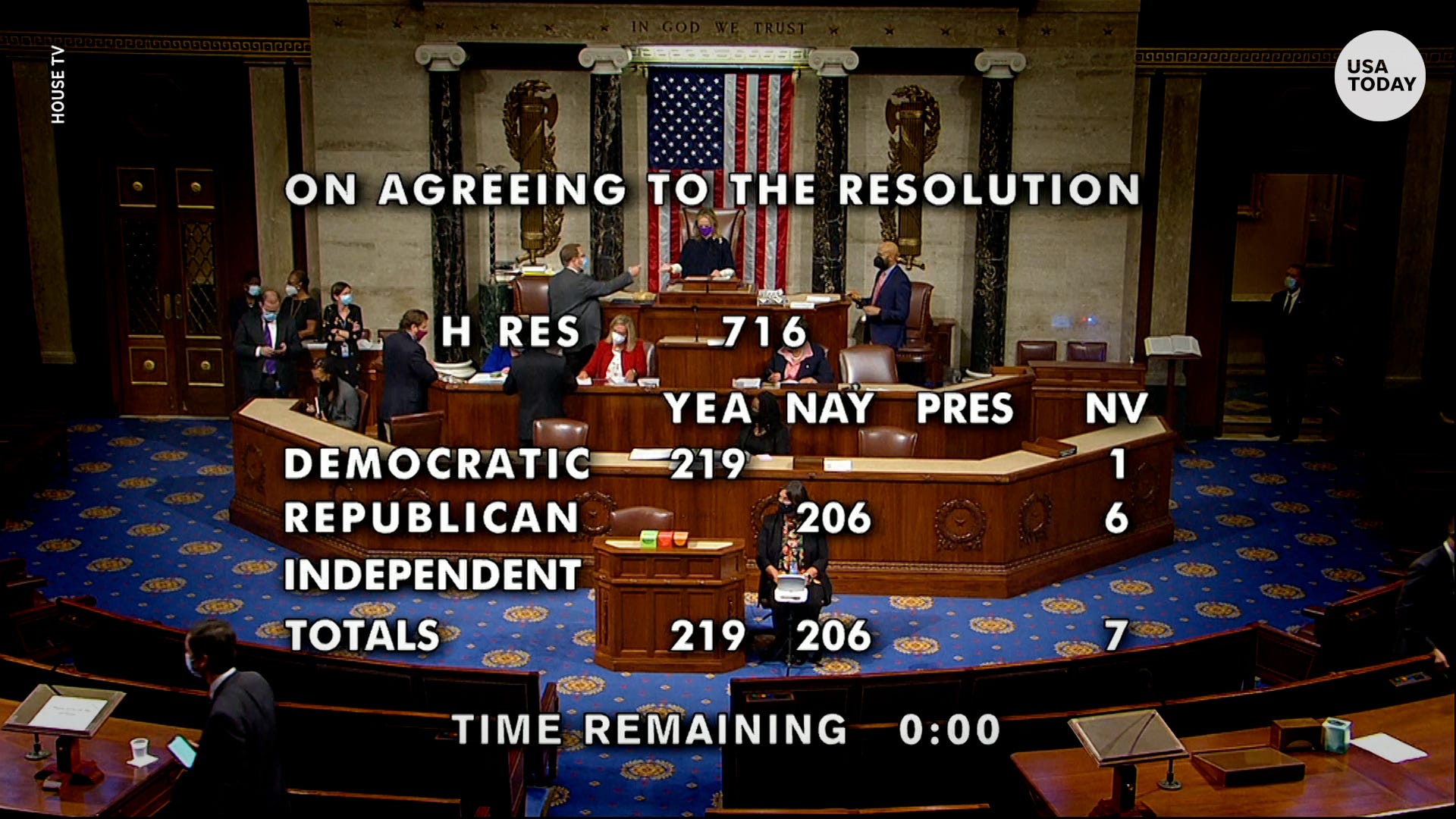 Tuesday’s vote was 219-206 with every voting Republican opposing the extension.

WASHINGTON – The House passed legislation Tuesday raising the nation’s debt ceiling for several weeks, allowing the government to keep paying its bills into early December and avoiding the economic chaos that would come if the U.S. defaulted.

By extending the nation’s borrowing limit for a few weeks, lawmakers set up another debt ceiling fight in early December, when they’ll be tasked with finding a long-term solution.

The measure, which lifts the ceiling by $480 billion, heads to President Joe Biden to sign. Biden had warned of “a self-inflicted wound that takes our economy over a cliff” if Congress didn’t raise the debt limit. He had implored lawmakers to extend the debt limit before Oct. 18, when the Treasury Department said it would run out of “extraordinary” funding measures it could take to prevent default.

If the U.S. had defaulted on its debt for the first time, the results could lead to a global recession, Treasury Department officials and experts say. A tanked market would hurt 401(k)s and other investments. For example, a debt ceiling standoff in 2013 cost the economy 1% in GDP.

The national debt is now approaching $29 trillion. The ceiling was extended to cover rising debt incurred by spending programs and tax cuts passed by Republican- and Democratic-controlled Congresses in the past.

Tuesday’s vote was 219-206 with every voting Republican opposing the extension. GOP lawmakers have said they won’t help Democrats, who narrowly control Congress, to lift the ceiling because they’ve felt excluded from negotiations on Biden’s big-ticket spending proposals.

“Asking us to raise a credit card limit – trillions – and have no say at all on how it’s spent?” Rep. Dan Meuser. R-Pa., said on the House floor before the vote. “That’s irresponsible and I won’t be part if it.”

House Majority Leader Steny Hoyer, D-Md., reminded Republicans that Tuesday’s vote to raise the debt ceiling was necessary to cover expenses lawmakers in both parties have previously run up and now must be paid.

“This is our debt. It’s America’s debt,” he said on the floor. “And America pay its bills.”

The bill passed the Senate last week after weeks of negotiations. Eleven Republican senators on Thursday, including Minority Leader Mitch McConnell, R-Ky., helped Democrats break a filibuster, allowing the measure to reach the floor where a simple majority was able to pass it with no GOP votes.

More: The US has never defaulted before. In the debt ceiling crisis, what happens if it does?

After receiving blowback from some of his GOP colleagues, McConnell has since pledged not to help Democrats when the debt ceiling will need to be raised again by December to avoid a default.

With more time to find a more permanent fix to the debt ceiling, Pelosi, D-Calif., told reporters that the legislative focus would go back to passing the Biden’s Build Back Better Act, a far-reaching expansion of social safety net and climate programs. Pelosi said she was “disappointed” that the original $3.5 trillion price tag of the bill will have to be cut significantly for it to win Democratic moderates’ support needed for passage.

But “whatever we do, it will be transformative and it will produce results,” she said.

WH blasts Abbott, DeSantis for ‘putting politics ahead of’ health

“Every leader should be focused on supporting efforts to save lives and end the pandemic,” added White House Press Secretary Jen Psaki.