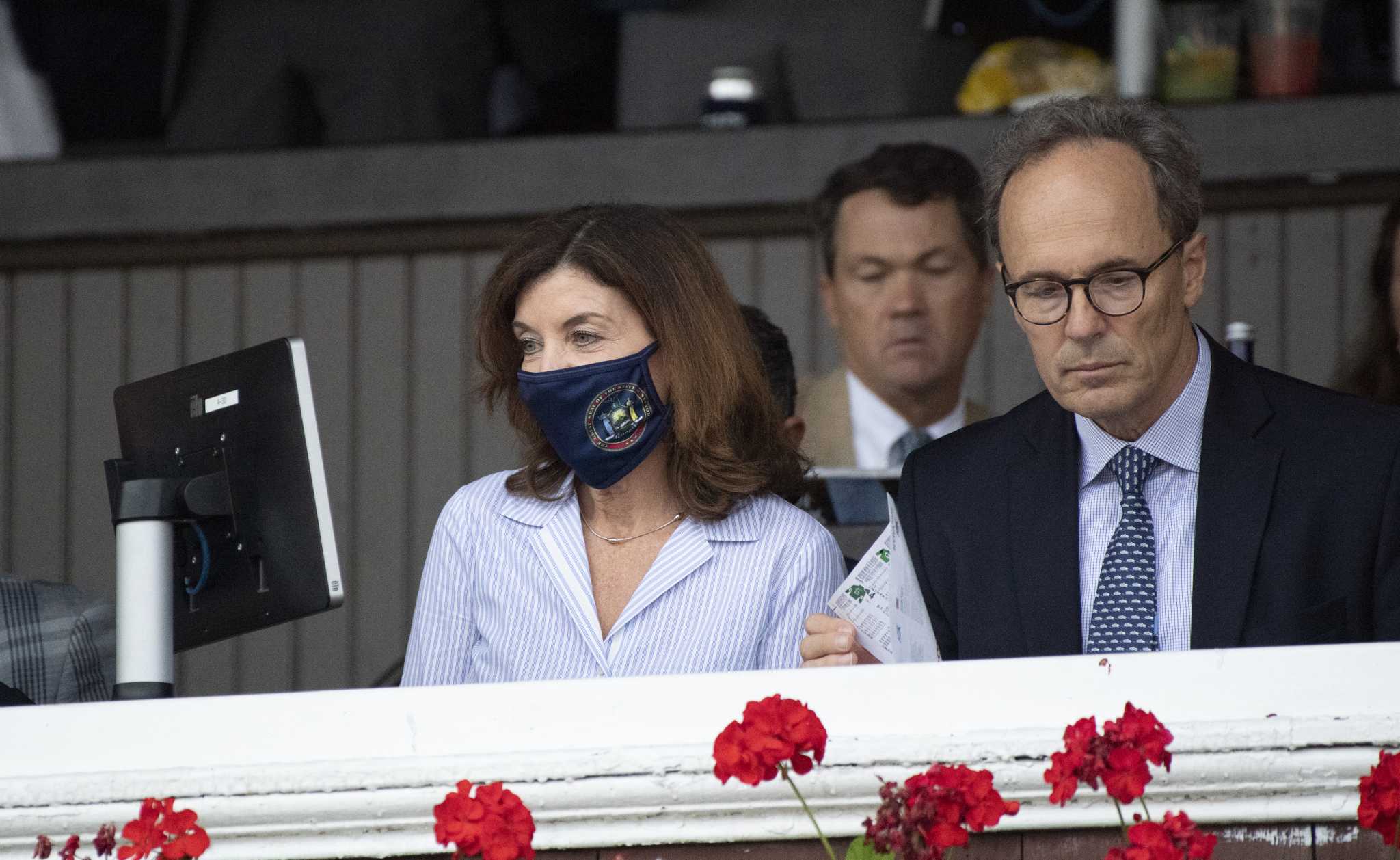 ALBANY — Gov. Kathy Hochul on Wednesday unveiled a “vax to school” campaign to encourage educators and students to be vaccinated and said state employees are to be vaccinated by Oct. 12 or face weekly testing.

The latter directive will also apply to Metropolitan Transportation Authority and Port Authority of New York and New Jersey workers.

“When we declare the end of the pandemic, I want to be able to look back and say there was not one thing that we should have done that we didn’t do,” Hochul said during the press conference in Manhattan.

Hochul said she is continuing to explore her authority to mandate vaccines more broadly, but is taking these initial steps that she believes the governor has authority to order.

Hochul, though, acknowledged that the vaccine mandates could exacerbate an already existing worker shortage in the health care industry. She said any shortages caused by requiring vaccines are worthwhile to protect the safety of the elderly and vulnerable. But in many hospitals there are workers, including doctors and nurses, who are being fired or quitting rather than being forced to get vaccinated.

“We’re going to hit a crisis level in respect to staffing,” Hochul said. “I’m trying to do what I can to work with the unions.”

The governor announced plans to fund a digital marketing campaign to vaccinate students and teachers, a new website for parents and guardians to keep up to date on information and resources for schools to host vaccine events.

“I’m calling on parents,” Hochul said. “I’m calling on anyone who can influence this process” to encourage children 12 years and older, who are eligible for the vaccine, to get the shot.

The state plans to host vaccine sites in ZIP codes where the vaccination rate is below the statewide average in people 12 to 17 years old. About half of those eligible children have been vaccinated, which Hochul said is “not where it needs to be.” The first two pop-up clinics are scheduled in New York City. The state is also planning mobile vaccination efforts at places like public parks and recreational facilities.

“We have to do better my friends,” Hochul said.

Hochul also took the moment to celebrate the implementation of the state’s HERO Act, which was signed into law by ex-Gov. Andrew M. Cuomo in May. The law then, Hochul said, had no mechanism for enforcement. The state’s Department of Health, over the Labor Day holiday, designated COVID-19 as a highly contagious airborne infectious disease under the HERO Act, which allows for certain worker protections.