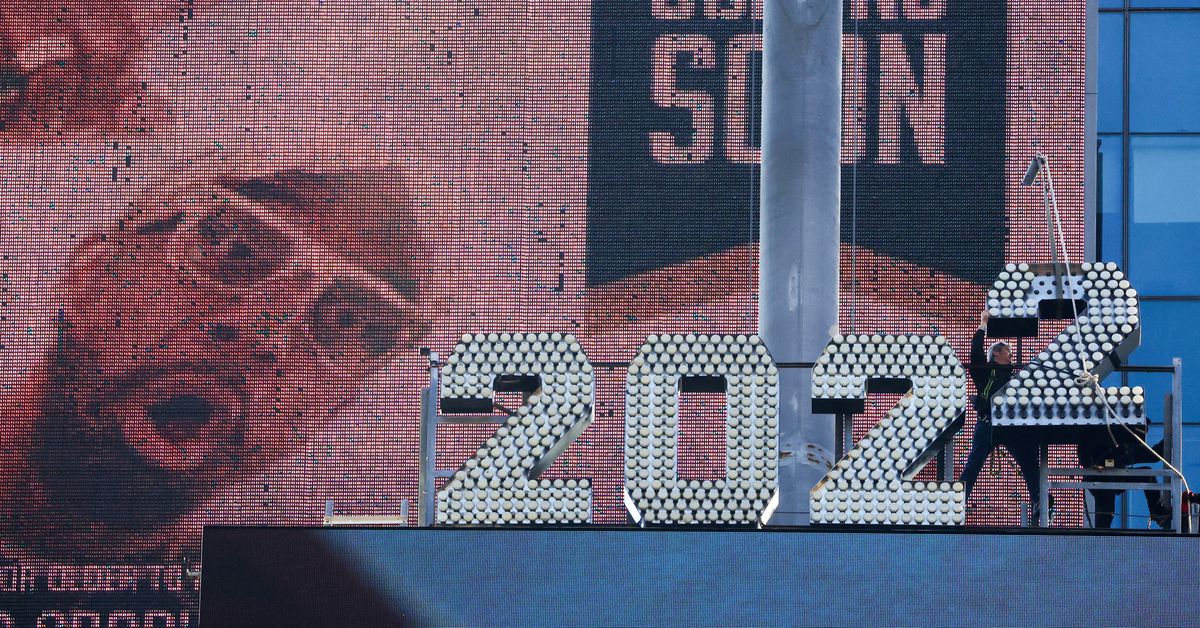 SYDNEY/SEOUL, Dec 31 (Reuters) – New Year celebrations around the world have been called off as the coronavirus casts gloom over festivities for a second year but Australia was determined to enjoy the night and there were even signs North Korea was preparing fireworks.

Global coronavirus infections hit a record high over the past seven-day period, with an average of just over one million cases detected a day worldwide between Dec. 24 and 30, some 100,000 up on the previous peak posted on Wednesday, according to Reuters data.

With numerous countries registering all-time highs, authorities in many places have called off celebrations to welcome in 2022, fearful that the all-conquering Omicron variant will take advantage of gatherings to spread even faster.

But Australia is determined to ring in the New Year with a bang despite surges in infections to record levels in some places.

Prime Minister Scott Morrison told people to “enjoy the evening”, while Dominic Perrottet, premier of New South Wales state, urged everyone to “head out and enjoy New Year” even as daily infections in the state nearly doubled to a record 21,151.

Perrottet said he took heart from higher levels of vaccination and the fact that hospitals were coping with the Omicron wave.

Social distancing rules are in place and masks are required indoors in Sydney but thousands of people are expected to flock to its harbourside to watch New Year fireworks, with queues forming at many vantage points from early in the morning.

Secretive North Korea also appeared to be preparing to buck the trend and celebrate the New Year with midnight fireworks at Kim Il Sung Square in its capital, Pyongyang.

Commercial satellite imagery showed preparations were under way with a stage being installed in the square, according to NK News, a Seoul-based website that monitors North Korea.

North Korea sealed it borders after the pandemic began and has not reported a single case of COVID-19.

Over the border in South Korea, the mood was not so festive.

A traditional midnight bell-ringing ceremony has been cancelled for the second year and authorities announced an extension of stricter distancing rules for two weeks to tackle a persistent surge in Infections.

China, where the coronavirus first emerged in late 2019, was on high alert against the virus, with the city of Xian under lockdown and New Year events in other cities cancelled and authorities urging restraint.

Authorities in the Indonesian capital, Jakarta, will close 11 roads that usually draw big crowds for New Year, police said, while Malaysia has banned big gatherings nationwide and cancelled a spectacular fireworks display at the Petronas Twin Towers in the capital, Kula Lumpur.

New Zealand, famous for its success in keeping the virus at bay, will see some celebrations. Its biggest city, Auckland, eased restrictions this week to let people enjoy some song and dance.

Taiwan, another coronavirus mitigation success, will hold its celebrations almost as normal with a pop concert in front of city hall in the capital, Taipei, and with midnight fireworks lighting up Taipei 101 – once briefly the world’s tallest building. Those attending the concert will have to wear masks, register names and will only be allowed to drink water.

Indian authorities started to impose stringent rules on Thursday to prevent big gatherings with night curfews in all major cities and restaurants ordered to limit customers.

Despite the curbs, domestic tourists have been flocking to the famous beaches, pubs and nightclubs of Goa on the western coast to see in the New Year.