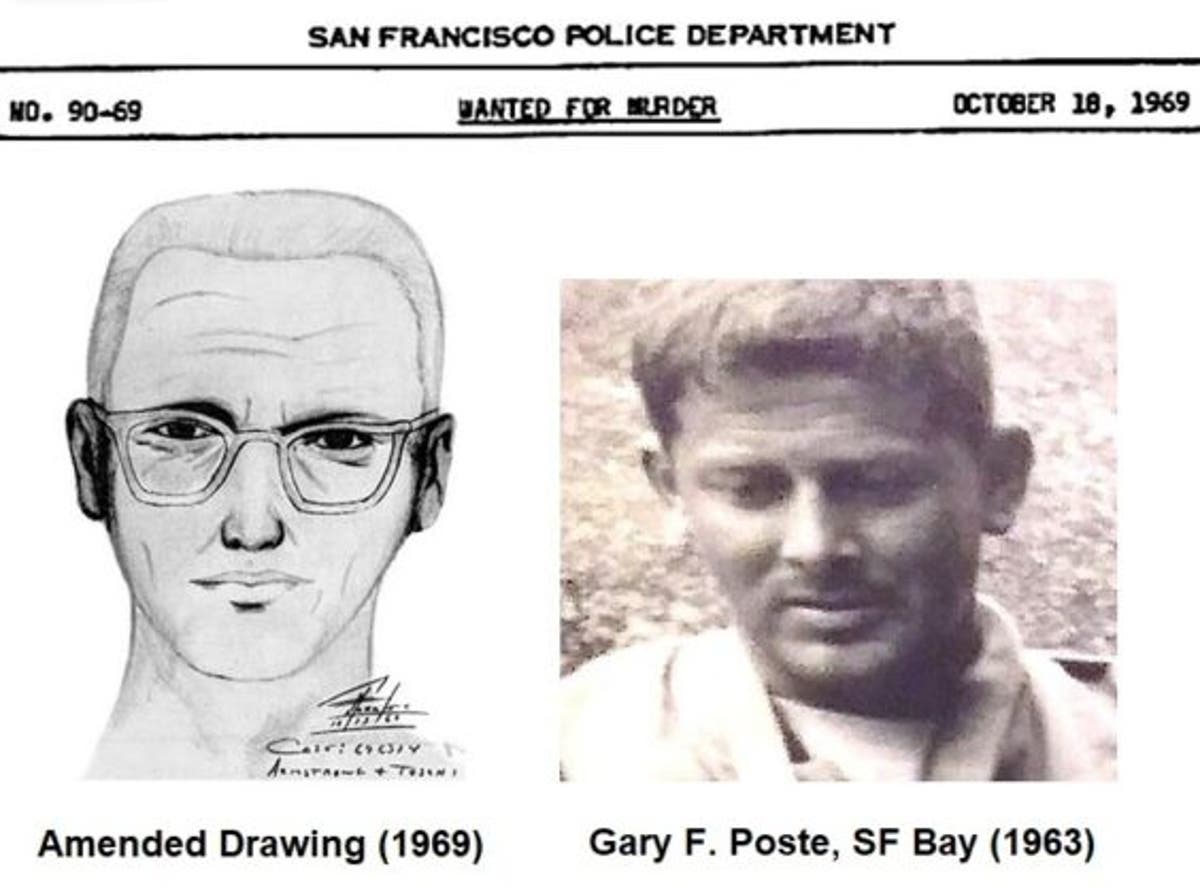 Gary Francis Poste was identified by volunteer investigative group The Case Breakers as a potential new suspect in the hunt for the Zodiac Killer, the serial killer who terrorised the San Francisco Bay Area in the late 1960s.

Because of the cryptic letters and ciphers the killer sent to authorities and The San Francisco Chronicle at the time, the case has long fascinated true crime aficionados and has been the subject of numerous books, documentaries, TV shows, and movies, most famous the David Fincher-directed dramatisation starring Robert Downey Jr and Jake Gyllenhaal.

The Case Breakers reportedly identified Mr Poste, who died in 2018, through a series of photographs that they uncovered, dating back to 1963, supposedly from his “darkroom”, according to a press release issued by the group.

They found photos that showed Mr Poste with supposed scars on his forehead that they believe matched marks shown on a police sketch of the Zodiac killer. A news clipping sourced by the group indicates that they believe the scars were the result of a car crash in 1959 in which an airman was killed and Mr Poste, also with the 782nd Aircraft Control and Warning Squadron, was injured.

The group, which focuses on cold cases and consists of former law enforcement and forensics specialists, also claims to have forensic evidence including DNA, and further says that if you remove the letters of Mr Poste’s full name from one of the ciphers left by Zodiac, it reveals an alternate message, Fox News reports.

Much of the Case Breakers’ reported evidence centres on linking Mr Poste to a murder in Riverside, California, that was connected to the Zodiac Killer in the mid-70s, but is now no longer considered by authorities to be connected.

The brutal slaying of Cheri Jo Bates on 31 October 1966 occurred two years before the Zodiac is known to have been active, hundreds of miles to the north. Though in one of Zodiac’s letters he claims to have killed 37 people, far more than the five officially attributed to him.

Among the evidence that the Case Breakers believe links the cases and Mr Poste is a Timex wristwatch with a broken band found at the crime scene and purchased at a military base in the mid-sixties.

Mr Poste was receiving medical check-ups following a gun accident injury, the Case Breakers say, and as a US Air Force veteran was being treated at March Air Force Base hospital, just 15 minutes from the crime scene. It is unclear if the dates overlap.

The Case Breakers believe that paint spattered on the wristwatch’s face is because at the time of the murder Mr Poste had been a house painter for three years and continued to be for decades afterward.

A size 10 heelprint from a military-style boot is also believed to be in the style of those allegedly worn by Mr Poste and they say the same as those found at three other Zodiac crime scenes. Brown hair found in the victim’s hand is also said to match that of Mr Poste.

Fox News spoke with a Vietnam veteran, Hams Smits, who says he spent 10 years hiding a Zodiac whistleblower named Wil who had escaped a “criminal posse” headed by Mr Poste that allegedly roamed around in California’s High Sierra region.

Wil, who now lives in the northwest, alleges Mr Poste “groomed me into a killing machine” and that he witnessed him burying murder weapons.

In an extract from a longer interview with the Case Breakers, Wil claims that Mr Poste killed animals of all sizes “indiscriminately” and would “mess with the carcasses”.

Other witnesses brought forward by the Case Breakers include Mr Poste’s daughter-in-law, a woman named Michelle, who claims that when her marriage ended she was harassed, threatened, and assaulted by Mr Poste’s posse until she left the state.

Gwennie, a California woman who lived next door to Mr Poste and his wife, told Fox News she believes he’s the Zodiac killer based on the evidence collected to date.

She said Mr Poste and his wife babysat her as a child in the 1970s and 1980s and he would teach her how to shoot firearms several times a week. She also said that she witnessed his callousness and violence towards his wife who only slept on the couch.

Recently, Gwennie said she caught up with his wife who is now in assisted living and was told over the phone: “I’m sorry that I didn’t tell the cops about his [Zodiac] past,” The Case Breakers report in their press release adding their parentheses.

“He lived a double life,” she told Fox News. “As I’m adult thinking back, it all kind of makes sense now. At the time when I was a teenager, I didn’t put two and two together until I got older. It hit me full-blown that Gary’s the Zodiac.”

To date, no DNA has been matched to any of the Zodiac crime scenes, nor to evidence retained from the death of Ms Bates.

In 2020, after private citizens cracked one of the ciphers, the FBI said the Zodiac case was ongoing.