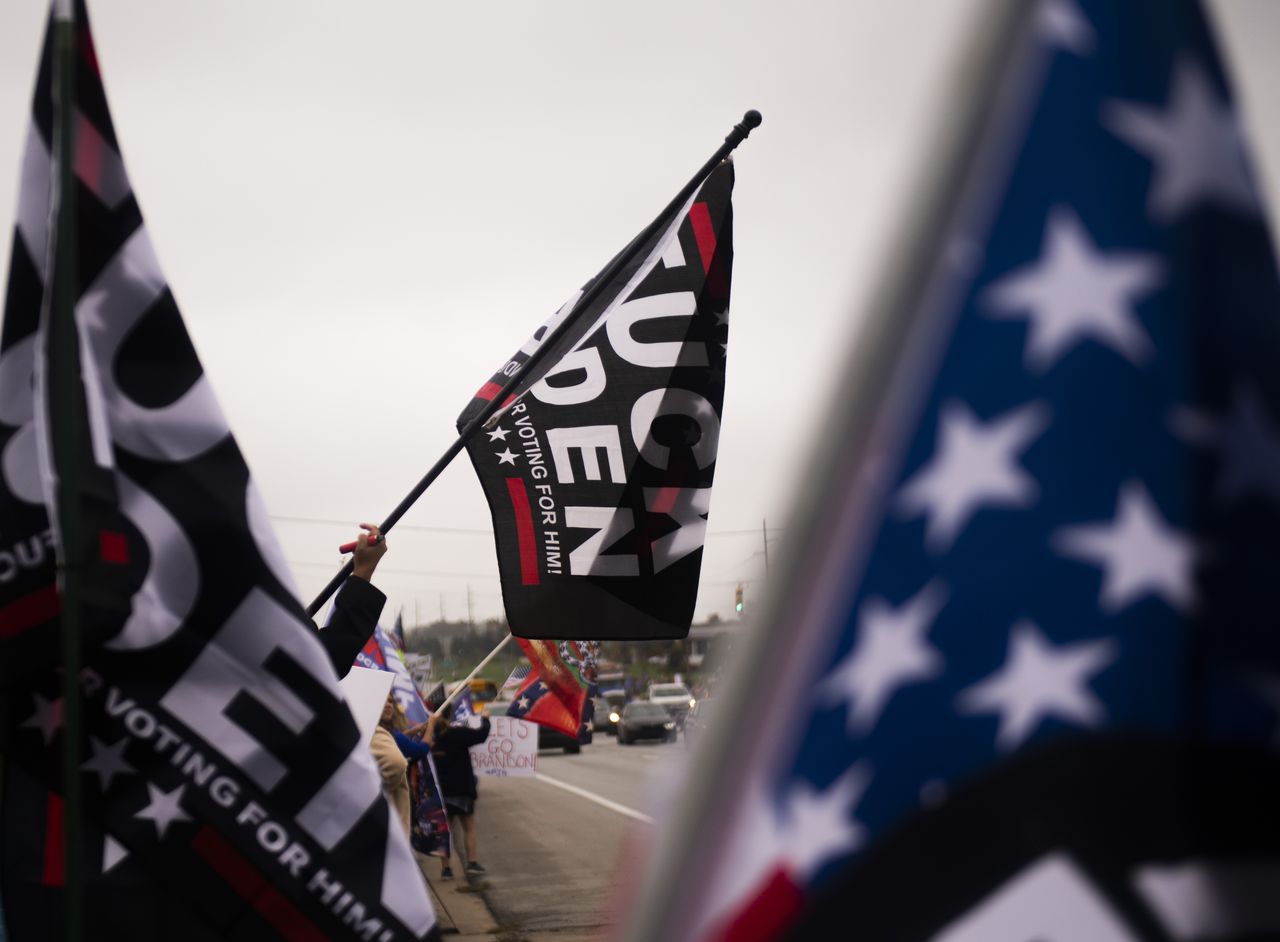 HOWELL, MI — President Joe Biden saw a clear message from the window of his motorcade while driving to an event in Howell on Tuesday.

“F*** Biden” was visible on flags and signs carried by a crowd of protesters gathered along M-59 in Livingston County, a deeply conservative part of the state. U.S. Rep. Elissa Slotkin, D-Holly, said she was “embarrassed” by the profane message as she sat next to the president, who pointed out the signs as they passed by the rally.

“He said, ‘aren’t we next to a school?’” Slotkin said. “I pointed out the school to him and, he said ‘I guess I’m still surprised when people, even if they don’t like me, are willing to be that profane around children.’”

“It’s just a sad moment when someone can stand blocks from a school with a sign using that kind of profanity,” Slotkin said.

Demonstrators lined the highway leading to the International Union of Operating Engineers Construction Career Center where Biden was set to speak. Pro-Trump messages were strewn along the roadway, including a large sign reading “Trump Won.”

Biden lost Livingston County by 23 percentage points in 2020, though he won Michigan by 154,000 votes. The former president has continued to claim fraud cost him the election, though audits, court decisions and an investigation by Republicans in the state legislature have yielded no evidence to back up his assertions.

The president visited Michigan on Tuesday to promote two pillars of his domestic agenda — a $1.2 trillion infrastructure bill and a $3.5 trillion package to expand social programs.

Biden’s infrastructure bill has bipartisan support, but the president is working with Congress to negotiate the $3.5 trillion price tag of the second measure, which has faced opposition from both parties.

“These bills are not about left versus right or moderate versus progressive or anything that pits Americans against one another,” Biden said in Howell. “These bills are about competitiveness versus complacency. They’re about opportunity versus decay.”

Slotkin said it’s good that the president left Washington, D.C. to make the case to Americans in places where he is unpopular.

“You gotta get out into the world,” she said. “It doesn’t mean that everybody loves you.”

Biden was asked how he felt about seeing Trump signs outside his event by reporters in the White House Press Pool.

“Makes me smile,” Biden responded. “I get more pumped up.”

Learning to live with COVID: When and how can fully vaccinated people get on with their lives?