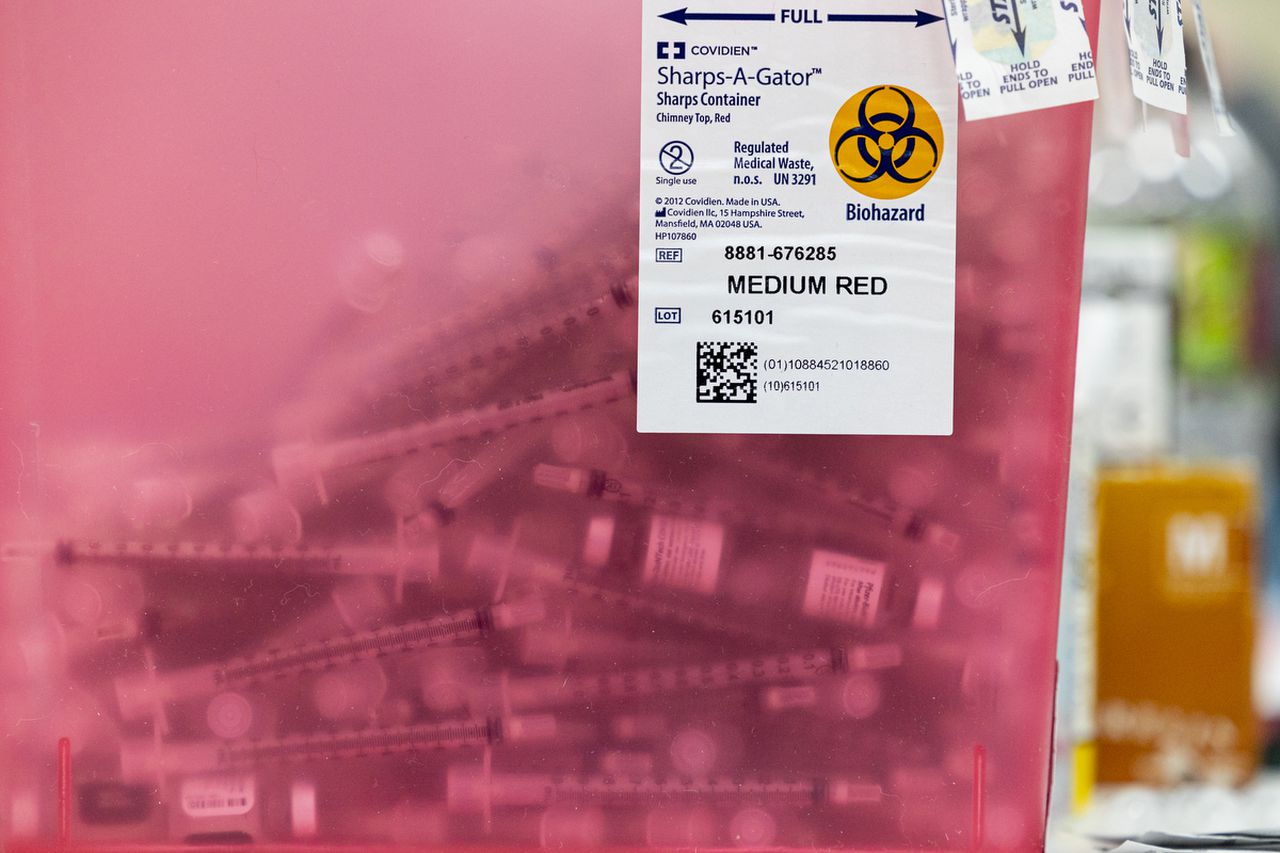 DETROIT – Fifty-one hospital workers, most of them registered nurses, have sued Henry Ford Health System, arguing it is unconstitutional to require staff to be vaccinated against COVID-19.

“The Mandate requires that Plaintiffs choose between exposing themselves to potential harm or death or abandon their careers in health care,” states the lawsuit, filed Monday in Detroit federal court.

The employees are asking the court to deem the requirement unenforceable and stop the mandate, to go in effect Friday, Sept. 10. They allege the health system subjects employees to “significant likelihood of bodily harm.”

Henry Ford has no compelling interest that justifies required immunization as the “novel” injections have been shown to be “ineffective, cause injury and death,” alleges the lawsuit.

The lawsuit relies on Vaccine Adverse Event Reporting System data, which is unverified, and includes a declaration from a Nebraska doctor whose opinions are far outside the norm. She inaccurately calls the vaccines “experimental mRNA gene therapy.”

The mRNA vaccines were approved by the U.S. Food and Drug Administration for emergency use and were held to the same safety and effectiveness standards as other types of U.S. vaccines. They do not alter DNA, but teach cells how to make a protein, or even a piece of protein, that triggers an immune response. Though the vaccines are new, researchers have been studying and working with mRNA vaccines for decades, according to the Centers for Disease Control and Prevention.

When asked for comment, a Henry Ford Health System spokesperson sent the following statement: “We remain confident that vaccination is the most powerful tool we all have against the COVID-19 pandemic. Beyond that, we cannot comment on pending litigation.”

In late June, Henry Ford, which employs about 33,000 people, became the first health system in the state to mandate vaccines for workers. Several, including Spectrum Health, based in Grand Rapids and Trinity Health, headquartered in Livonia, have since followed suit. Some mandates were contingent on full vaccine approval from the FDA, granted to the Pfizer vaccine in August.

Henry Ford employees who are not compliant by Friday will be suspended. Leaders will have discussions with them and those who do not then get vaccinated will be fired by Oct. 1, according to a copy of the policy included in the lawsuit. The policy also requires vaccinations for flu, tetanus, pertussis, measles and other diseases. The requirement does allow for religious, spiritual or medical exemptions.

By July, the health system reported about 70% of its employees were fully vaccinated against the disease. More than 90% of its physicians and leadership were immunized, Bob Riney, president of healthcare operations and chief operating officer said this summer.

The plaintiffs in the legal action include three physicians, pharmacy technicians, respiratory therapists, a clinical unit leader and a credentialing analyst. Most are registered nurses.

One nurse, Katie Kirn, also a unit educator, said she was “repeatedly harassed” by management for participating “local government exchanges.”

Their lawyers cite data collected through the Vaccine Adverse Event Reporting System, which shows thousands of deaths, disabilities, emergency room visits and hospitalizations documented after people received COVID-19 vaccines. The CDC, however, note these unconfirmed reports, voluntarily made by anyone and used to detect unusual patterns or possible vaccine safety concerns, do not necessarily mean that a vaccine caused the death or health problem.

One unidentified physician assistant says, in an attached declaration, that she personally experienced adverse reactions from the vaccine. Most of her life she dealt with treatable premenstrual migraines. Now, she has random flashes, loss of peripheral vision, facial tingling and “unbearable headaches.” She never had such troubles before she received the Pfizer vaccine, she says.

“There is a misconception I hear from fellow co-workers that those of us who don’t fully trust this vaccine or don’t feel the vaccine should be mandatory do not think COVID-19 is serious and we must want this pandemic to continue. I take COVID-19 very seriously,” she wrote.

As the case proceeds, there is precedent in the health system’s favor.

Earlier this year, a federal judge in Texas dismissed a lawsuit filed against Houston Methodist Hospital by employees who challenged its COVID-19 vaccine mandate. In the U.S. District Court for the Southern District of Texas’ written decision, Judge Lynn N. Hughes said the plaintiffs had no case, saying employers are allowed to mandate vaccines for its workers.

The U.S. Equal Employment Opportunity Commission in May said laws do not prevent an employer from requiring employees physically entering the workplace to be vaccinated so long as employers comply with the “reasonable accommodation provisions” of the Americans with Disabilities Act and Title VII of the Civil Rights Act, which makes it illegal to discriminate based on color, race, national origin, sex and religion.

Health officials and doctors throughout the state, and the country, have lauded the vaccines as safe and effective. About 4.8 million Michigan residents and 177 people throughout the United States have been fully vaccinated.

‘I’m not lazy.’ Michigan’s jobless fought stigma, the system for months. They’ll be cut off Sept. 4.

With COVID-19 rates high, should fully vaccinated people be eating indoors in restaurants?