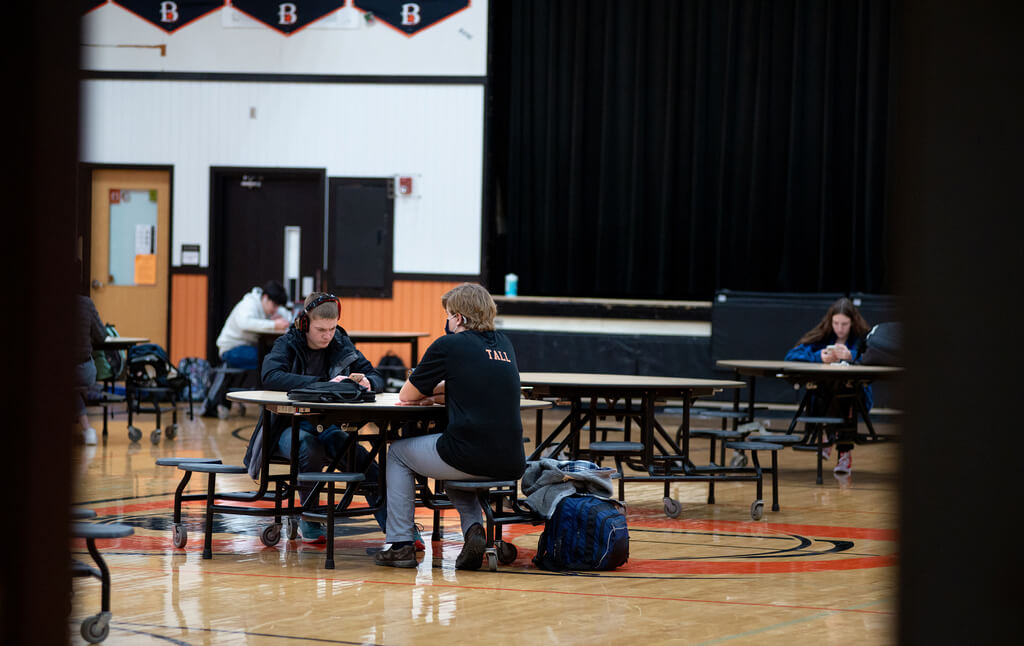 More than a dozen Maine schools have reported COVID-19 outbreaks in the first few weeks of the new semester, highlighting the challenges of returning for in-person learning this fall as the virus surges here.

They come as schools start to return for in-person learning five days a week during a recent COVID-19 surge that has seen daily cases here rising more than tenfold over the past two months. Schools from Freeport to Van Buren have required some students to quarantine in the first few weeks of classes due to infections among students or staff.

Early cases associated with schools may be largely a reflection of transmission elsewhere. Maine schools mostly succeeded in limiting in-school transmission of the virus last fall and continue to take precautions, but high levels of community spread and the more contagious delta variant are challenging schools that have returned to in-person learning.

“Delta is so much more contagious than prior iterations of the virus,” said Dr. Peter Millard, a Belfast physician and former U.S. Centers for Disease Control and Prevention epidemiologist. “It is going to be a challenge for schools this year.”

Although most Maine schools are returning without a remote option, there are still many virus-related precautions in place. Most schools now require masking. Some are participating in the state’s pooled testing program, which allows students and teachers to get tested for the virus on a weekly basis, with the hopes of catching cases before they turn into outbreaks.

Older students are also eligible for the COVID-19 vaccine, although vaccination rates vary widely by district, from less than 25 percent in Lisbon and far-flung Stacyville to more than 95 percent in dozens of districts, including Bangor. Children under age 12 remain ineligible.

When positive cases are detected, students and teachers considered close contacts must quarantine for 10 days, regardless of whether the school is seeing an outbreak, which are defined as three connected cases within a 14-day period. Van Buren High School in Aroostook County was the first school in Maine to briefly go remote in late August after students were exposed to an infected staff member, but was able to avoid reaching outbreak status.

There probably will be transmission of the virus at schools this fall because the delta variant is so contagious, said Millard, the physician and epidemiologist. But he said precautions such as universal masking and vaccinations for eligible students make schools “one of the safer places” for children to be.

Outbreaks linked to schools are not new in Maine. Schools accounted for the majority of the Maine Center for Disease Control and Prevention’s outbreak investigations last spring. But, with a few exceptions, clusters within schools were relatively small, with more than 90 percent involving fewer than 10 cases, according to state data.

The number of cases at the 14 schools where outbreaks have been detected in the last few weeks is not yet clear. Some schools released numbers, but neither the Maine CDC nor the Maine Department of Education responded to inquiries Thursday about the number of reported cases associated with each school outbreak.

Durham Community School and Freeport High School, both part of Regional School Unit 5, are among the schools with current outbreaks. The two reported a combined 11 cases Thursday, while more than 100 students in the district had to quarantine due to possible exposure.

Cases were detected because students and their families sought testing due to symptoms or exposure outside of school, said Superintendent Becky Foley. The district will be participating in the pooled testing program, but it is not scheduled to start there until later this month.

More articles from the BDN