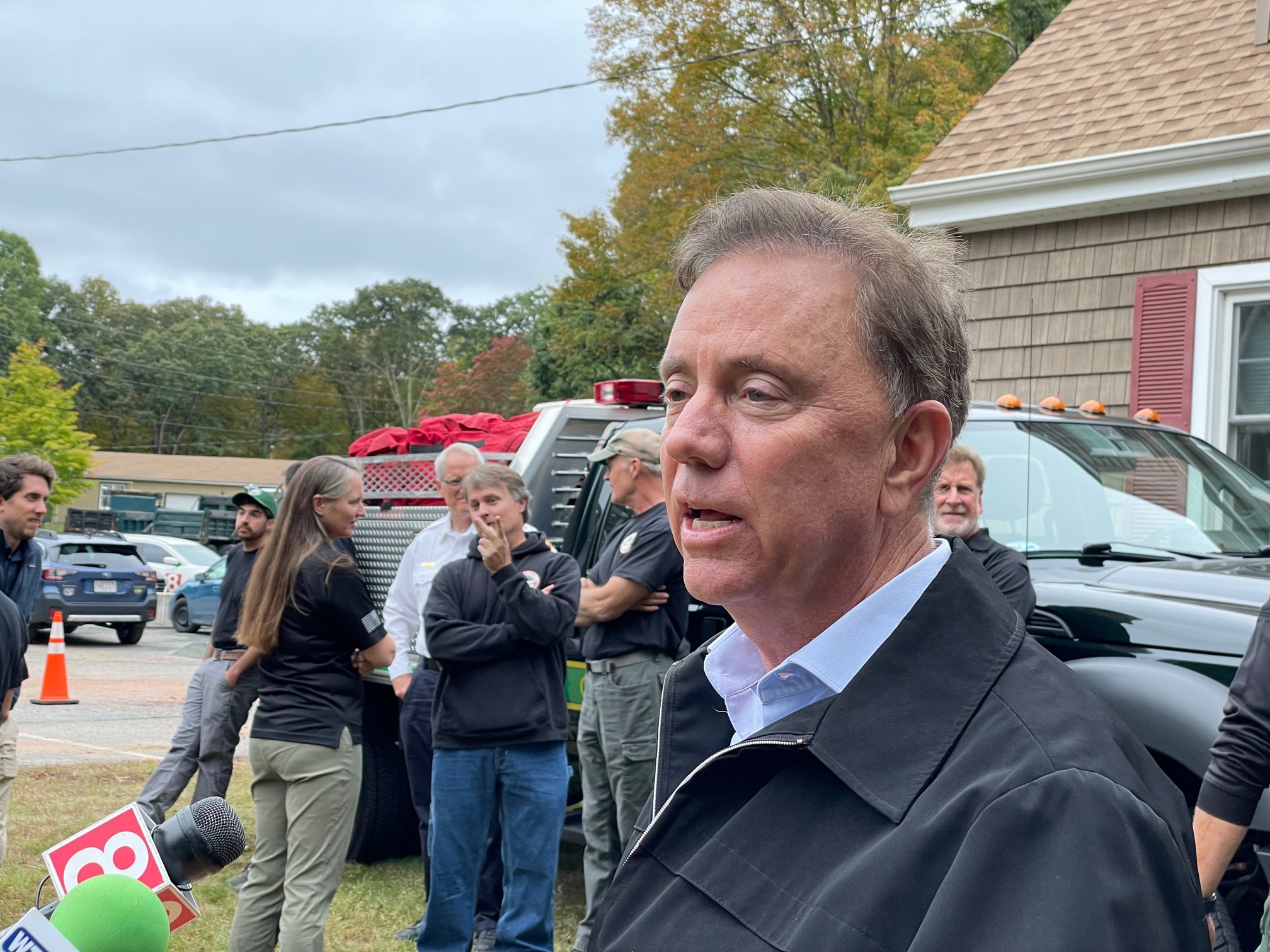 The overall compliance rate and the prospect that many of the non-compliant are being tardy and not willfully defiant is sparing the governor from the difficult choice of sending workers home from short-staffed critical functions.

“I’m really happy that the folks are stepping up, doing the right thing, getting vaccinated and getting back to work safely,” Lamont said.

About 1,200 (4%) have yet to submit documentation of either. The deadline for filing was 11:59 p.m. Monday, with those failing to comply facing unpaid suspensions as soon as Tuesday and no later than next Monday.

“We got a lot that came in at 11:59, and now a lot are still coming in,” Lamont said. “Some of them are duplicates, some of them are ‘I was vaccinated, I thought you knew it.’ So we’ve got to resolve this.”

State employee unions capitalized on the threat of unpaid suspensions with a press conference highlighting endemic short-staffing since the Great Recession of 2008 that they say is jeopardizing public health services.

The state workforce is down 21% overall and by nearly one third in the public-sector health-care workforce, said Rob Baril, the president of SEIU District 1199 New England, the health-care union.

“As of March 2020, our count is that there are 1,500 vacancies that exist in state healthcare facilities where services are not being delivered to folks who need them, Baril said.

The problem is especially acute at the Department of Mental Health and Addiction Services (DMHAS), which operates Connecticut Valley Hospital and smaller regional community health centers.

“DMHAS alone has 700 vacancies that remain unfilled in the midst of the greatest mental health and drug epidemic of our generation,” said Damian Nuzzo, registered nurse at CVH. “We don’t even have enough staff to run our addiction services division. The remaining staff at CVH are routinely forced to work 16 hours a day, against their will.”

Brian Williams, a certified addiction counselor at the hospital, said staff shortages have forced a 110-bed addiction services unit to admit no more than three dozen.

Max Reiss, the governor’s communications director, said DMHAS hired more people in the past fiscal year than any other year in the last decade.

Lamont said the state-employee workforce contracted due to the budget constraints, but the challenges now are more nuanced. More of the workforce is reaching retirement age, he said.

“I think it’s shifted,” Lamont said. “Obviously, in years past, they were slimming down, cutting back.”

Lamont spoke to reporters at an event honoring Connecticut firefighters who deployed to fight Western wildfires in what has been one of the longest and worst fire seasons.

Richard Schenk, a forestry employee in the state Department of Energy and Environmental Protection who frequently deploys as a member of the Connecticut Interstate Fire Crew, told the governor that the workforce is too lean.

His boss, Commissioner Katie Dykes, acknowledged her department had many vacant jobs and faced a wave of retirements next year, when employees eligible for retirement will see their benefits shrink if they stay.

Another factor, Dykes said, is that the public sector is seeing some of the same job-hopping as is increasingly common in the private sector.

“In the old days, you signed up for a job in state government, took your 25 years and then retired,” Lamont said.

Following a decade of tight budgets after the Great Recession, Connecticut then saw one further shrinkage of the government sector more recently.

According to a recent analysis by the Pew Charitable Trusts, government sector employment excluding education workers dropped 7.6% between July 2019 and July 2021, the second-highest in the U.S.