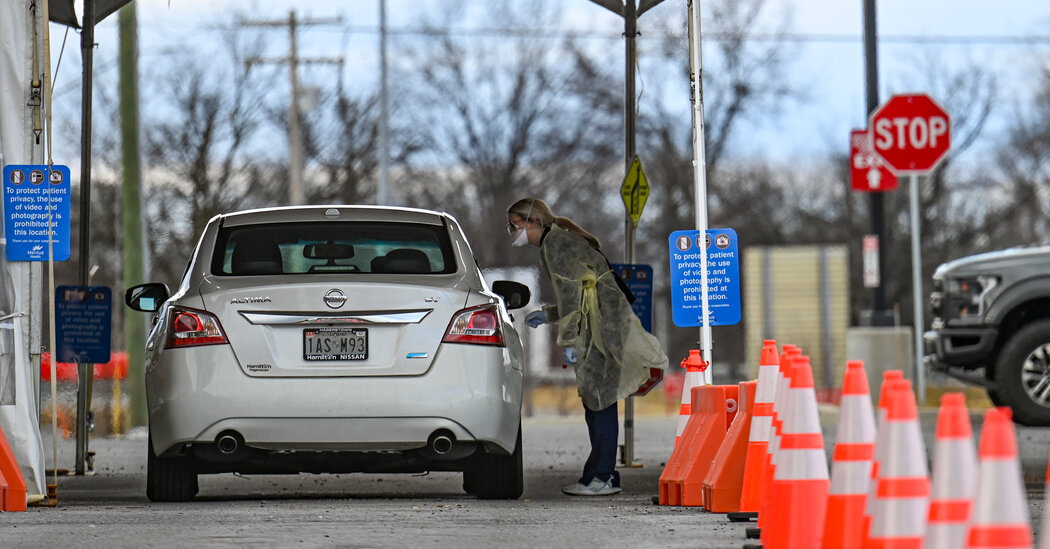 Senate Democrats and Republicans neared agreement on Thursday to slash an emergency coronavirus response package to $10 billion from $15.6 billion, as they worked to break a logjam over a stalled package of federal money urgently requested by President Biden for vaccines, therapeutics and preparation against future variants.

The day after Mr. Biden pleaded with Congress to approve the money, senators were discussing removing as much as $5 billion in aid for the global vaccination effort as they scrambled to resolve disputes over how to finance the package. Republicans have refused to devote any new funding to the federal pandemic response effort, arguing that unspent money that has already been approved should be used, but the two parties have been unable to agree on which programs should be tapped.

Without that consensus, it was not clear that they would have the votes to move forward in the evenly divided Senate, where 60 votes — including at least 10 Republicans — would be needed.

The package now under consideration would be less than half the White House’s original $22.5 billion request.

At a news conference, the White House communications director Kate Bedingfield said the president had been clear about the urgent need for aid, adding that “we’re very hopeful that Congress is going to come to a solution.”

Asked about the possibility that funding for global efforts could be removed, she avoided saying that Mr. Biden would oppose a package without that aid. But, Ms. Bedingfield noted, “We’re not going to be able to put this pandemic behind us until we stop the spread and proliferation of new variants globally.”

Senator Mitt Romney, Republican of Utah, said that any votes would likely be delayed until next week before Congress leaves for a two-week April recess, as lawmakers toiled to hammer out a deal, write the bill and get a cost assessment from the nonpartisan Congressional Budget Office. He and Senator Chuck Schumer of New York, the majority leader, have been leading talks, along with other senior senators.

Under the emerging deal, Mr. Romney, said, most of the $10 billion would be repurposed from the $1.9 trillion pandemic law Democrats muscled through without Republican support last March. But direct funds for state and local governments would likely not be touched, after Democrats balked at this money at being clawed back. Mr. Romney said negotiators had discussed taking back some funding from a program that allowed states to give grants to local businesses.

Other potential funding sources, multiple senators said, included transportation money, agricultural programs and some money for live venues, like theaters, that had to close during the pandemic.

“I generally tried to not let perfect be the enemy of better,” said Senator Kevin Cramer, Republican of North Dakota. “But again, we don’t have enough specific flesh on the bone.”

Efforts to tuck the aid into a $1.5 trillion spending package Mr. Biden signed into law earlier this month collapsed when rank-and-file Democrats and governors objected to claiming $7 billion that was supposed to go to state governments to help finance the package. Mr. Biden has warned that without another round of aid from Congress, his administration would be forced to scale back the nation’s pandemic response, jeopardizing its ability to be prepared for another variant or wave of infections.

Senator Mitch McConnell, Republican of Kentucky and the minority leader, said it was still unclear whether an agreement would be possible.

“It’s kind of a work in progress,” Mr. McConnell said at an event with Punchbowl News, saying the package would likely have been “skinnied down” to $10 billion.

“That has the potential to take out the international vaccine part, which I think is terribly unfortunate,” he added. “But that’s where we are at the moment — whether that’s going to completely come together is not clear.”

Mr. Romney said it was unclear whether some of the global aid would remain in the package. Senator Chris Coons, Democrat of Delaware and one of the negotiators, told reporters “my hope is that we will find a path toward adding more for the international side.”

But leaders in both parties signaled optimism that a final agreement could be reached.

“The gap has been narrowed greatly, and we’re intent on working with Republicans to cross the finish line, because this is vital for our country,” said Senator Chuck Schumer of New York, the majority leader.

But it also remained unclear whether House progressives would agree to a deal that was a fraction of what Mr. Biden had initially said was necessary and lacked the global vaccination funds.

“This is shameful — we have to get the money,” Speaker Nancy Pelosi of California said at her weekly news conference. She added, “Everyone knows that none of us are safe until all of us are safe.”

Multiple House Democrats, including Representative Tom Malinowski of New Jersey, suggested they would not support a package that did not have the international aid. Vaccination rates continue to lag in low-income countries while they are vastly higher in high- and upper-middle-income countries.