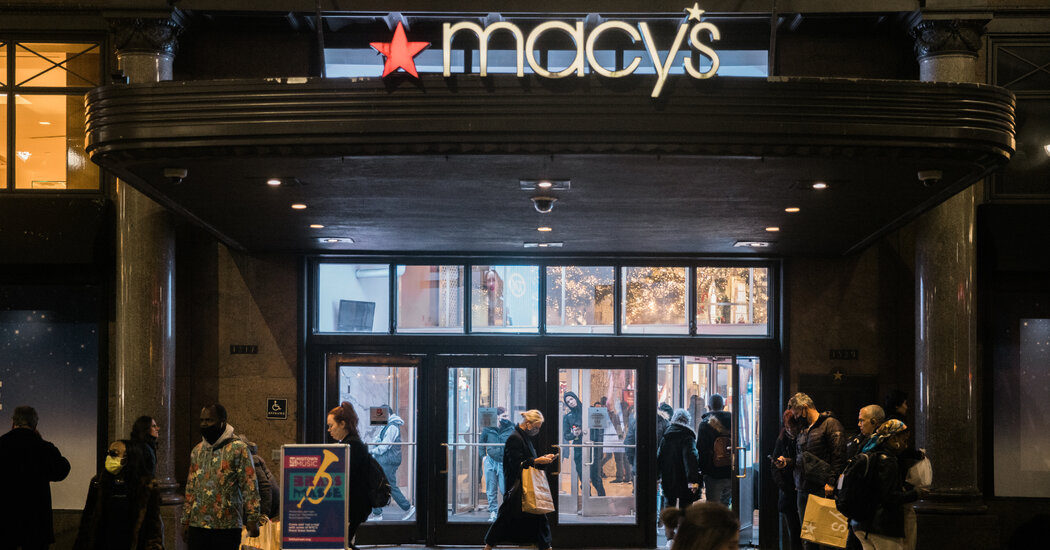 The Supreme Court yesterday blocked the Biden administration from enforcing a vaccine-or-testing mandate for large employers, parts of which were set to go into effect on Monday. In the ruling, the court said that the Labor Department does not have the federal authority to issue the mandate. The justices allowed a narrower mandate for health care workers at facilities receiving federal funds to go ahead.

Now what? Here’s what it means for companies:

The government could try again with a new rule. Devising a more tailored emergency rule for a specific set of higher-risk companies, addressing the court majority’s criticism of the employer mandate as a “blunt instrument,” could be quick. Or the agency could use the traditional rule-making process, but that might take years.

This doesn’t stop employers from enforcing their own mandates, but it makes the moves more fraught. It also subjects larger employers to a patchwork of city and state vaccine rules, which would have been pre-empted by a single federal rule. New York City, for example, requires all on-site workers to be vaccinated, while Florida passed a law banning such requirements. And the administration’s separate mandate for federal contractors is currently on hold and likely headed to the Supreme Court, too. Some companies, like Boeing, have delayed mandates until its fate is certain, while others, like Citigroup, have said they are going ahead regardless.

Companies that were on the fence now probably won’t introduce mandates. A spokesman for Macy’s, which began to request the vaccination status of its employees this month, said the retailer was “evaluating this late-breaking development.” In a November poll of companies by Willis Towers Watson, about a third of respondents said they planned to mandate vaccines only if the government’s now-discarded rule took effect.

Health experts said the ruling would exacerbate existing divides, like the one between white-collar employees who can remain at home and blue-collar workers who have to conduct business in person. “This decision will be an excuse for those employers who care less about their employees to return to business as usual,” said David Michaels, an epidemiologist and a professor at George Washington University who is a former OSHA administrator.

Dr. Megan Ranney, an emergency physician and the associate dean at Brown University’s School of Public Health, said that with about 30 percent of adults in the U.S. unvaccinated, “I worry that those folks are going to continue to not get vaccinated, unless an awful lot of employers decide that this is in their best interest to put in place.”

Big banks report their latest earnings. JPMorgan Chase said its fourth-quarter profit exceeded expectations, but perhaps not by enough: Its shares are down premarket. Wells Fargo also beat earnings expectations, and its shares are up. Citigroup is set to report later today; the bank already said it plans to sell more divisions.

Australia cancels Novak Djokovic’s visa, again. The country’s immigration minister said that revoking Djokovic’s visa was in the public interest, days after a court rejected a previous effort to bar the Serbian tennis star on narrow procedural grounds. It’s now unlikely that Djokovic will play in the Australian Open, which is set to begin in three days.

Tech companies are subpoenaed in the House’s Jan. 6 investigation. Lawmakers demanded documents from Alphabet, Meta, Reddit and Twitter as part of their inquiry into the Capitol riot. The panel accused the companies of allowing extremism to spread on their platforms and failing to cooperate with the investigation.

Microsoft opens a review of its sexual harassment policies. The tech giant said it had hired a law firm to scrutinize its policies, after shareholders voted to support an examination. The move follows reports about how executives — including Microsoft’s founder, Bill Gates — had treated women.

Navient will cancel $1.7 billion in student debt to settle predatory lending claims. The move is part of a settlement with 39 states that had accused the company of lending to people it knew would default. Navient, which didn’t admit fault, will also pay $95 million in restitution.

Biden revamps the Fed’s board

President Biden plans to nominate Sarah Bloom Raskin, a former top Treasury official, and two academic economists, Lisa Cook and Philip Jefferson, to fill three open positions on the board of the Federal Reserve. Raskin, who served at the Fed under President Barack Obama, is being nominated for vice chair for supervision, a key regulatory role created after the 2008 financial crisis.

Stricter rules for big banks could be on the way. If confirmed, Raskin would decide on the need for new financial regulations and run the annual stress tests for large financial institutions. She has a track record of arguing for more forceful oversight of the biggest banks. She would take over when the Fed is trying to evaluate the risks of climate change, cryptocurrency and other issues to the nation’s financial system.

The picks would result in the most diverse Fed board in history. Cook, an economist at Michigan State University, would be the first Black woman to be a Fed governor. She is known for her efforts to improve diversity in economics, and her published work covers a wide range of topics (her doctoral thesis focused on credit markets in tsarist and post-Soviet Russia). Jefferson, who is also Black, is an economist at Davidson College whose research has examined poverty and how Fed policy affects low-wage workers. The Fed’s board has had only three Black members in its history, and none served at the same time.

“You don’t want to go back to the Nixon model — you can be more targeted.”

— J.W. Mason, an economist who recently wrote a paper arguing for limited price controls. A spike in inflation has prompted renewed interest in price controls, last imposed in a broad-based way in the 1970s.

Thrive goes to school for its new chairman

Thrive Capital, the venture capital firm led by Joshua Kushner, has hired Nitin Nohria, the former dean of Harvard Business School, as its first-ever executive chairman. It’s a notable hire for the 12-year-old firm as it looks to build on successful investments in the likes of Affirm, Robinhood and Slack.

Nohria first met Kushner at Harvard in 2010, when the dean advised the budding entrepreneur not to drop out, despite plans to found Thrive and the health insurer Oscar. Nohria would then regularly meet with Kushner as an informal adviser; when he announced plans to step down, Kushner pitched him on joining Thrive. After attending the firm’s investment meetings, Nohria was in: Thrive was “a place where I had a feeling I could contribute to, but also learn a lot from,” he told DealBook.

Nohria has a wide range of responsibilities. He is also joining Thrive as a partner, charged with finding new investments. (His immediate interests include life sciences, given his experience on the boards of Massachusetts General Hospital and Rakuten Medical.) As executive chairman, he’ll help guide the firm more generally, including advising portfolio companies. That said, Nohria doesn’t believe his arrival will lead to big changes in the way Thrive is run.

What’s next for the firm? Nohria said he is thinking about further developments in areas like A.I. and Web3, as well as life sciences, all areas in which Thrive is looking to expand. But he is also worried about the frothy valuations of start-ups, which could roil the venture capital industry if they collapse. (Unsurprisingly, he said Thrive should be fine.)

The pandemic has changed the power dynamics of the workplace. Leaders can’t offer certainty, tolerance for jerks is waning and resignations are on the rise. That makes management harder and more important than ever, argues Jacqueline Carter of the Potential Project, a leadership development firm that aims to “make work feel more human,” with clients like Accenture, Bloomberg and Cisco.

In a new book, “Compassionate Leadership: How to Do Hard Things in a Human Way,” Carter and her colleague Rasmus Hougaard surveyed thousands of executives, managers and employees to find out what qualities leaders need today. DealBook spoke to Carter about their findings. The interview has been edited and condensed.

Previously, people were told or thought they could not be compassionate. But the scientific data shows we’re wired to connect and that this is an important element of leading effectively. Our research and that of others shows objectively that compassion combined with wisdom helps leaders get better results. It’s not only nice to be nice and wise. It works for productivity.

How do you define compassion?

People can make the mistake of thinking it’s simply saying, “I feel your pain.” That’s empathy, which leaders do need but can be a trap, because it suggests you know something about another’s experience that you may not, particularly in a diverse workplace. Also, we tend to empathize with people who are like us, so it can have limits.

Compassion, on the other hand, triggers a different neurological response. It feels good and shifts perspective. Compassion is asking, “How can I be of benefit?” Compassion is about action, which may include inaction. Sometimes you don’t have an answer but can offer transparency. It’s an intention to be of service.

How is compassion cultivated?

Mantras can help anchor behavior, like the question “How can I be of service?” or the reminder “Clarity is kindness.” Recognize you’re on a journey that doesn’t end. Pause. Be thoughtful. Articulate intentions, then see how things land. Question your assumptions and ask others lots of questions.

Best of the rest

We’d like your feedback! Please email thoughts and suggestions to dealbook@nytimes.com.