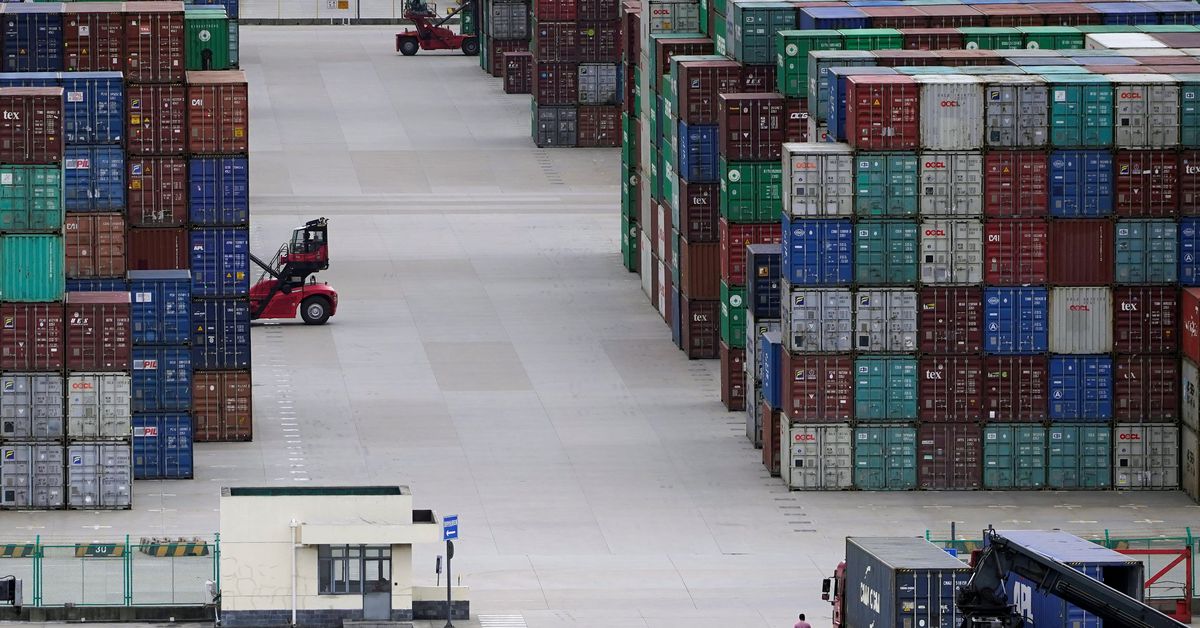 BEIJING, Sept 6 (Reuters) – China’s export growth is expected to have moderated in August amid port congestion caused by fresh COVID-19 cases, a Reuters poll showed, while the pace of imports also slowed, highlighting the growing pressure on the world’s second-largest economy.

The forecast slackening in overall trade add to a flurry of soft Chinese data since July and is likely to reinforce market expectations for more near-term support measures to revitalise the flagging economic recovery.

Exports are expected to have risen 17.1% in August from a year earlier, the median forecast in a Reuters poll of 31 economists showed on Monday, compared with growth of 19.3% in July. The data are due out on Tuesday.

Nomura analysts attributed the slower growth to a shift in consumption towards services in developed economies following their reopening on the back of rapid vaccine rollouts, and shipment disruptions at the Ningbo-Zhoushan port caused by the latest wave of local COVID-19 cases.

Offsetting some of this, a few analysts say, is the possible diversion of export orders back to China due to rising COVID-19 cases in Southeast Asia.

The Chinese economy made a remarkably strong revival after the initial coronavirus-led slump last year, but momentum has come off over the past few months as businesses grapple with sporadic COVID-19 outbreaks, supply bottlenecks and higher raw material costs. Commodity prices remain elevated despite Beijing’s attempts to cool them.

These factor drove China’s manufacturing activity into contraction in August for the first time in nearly 1-1/2 years, a private survey showed on Wednesday. read more

The country appears to have largely contained the latest coronavirus outbreaks of the more infectious Delta variant, but it promptd measures including mass testing for millions of people as well as travel restrictions of varying degrees in August.

“If there’s demand from the market, cutting reserve requirement ratios and even lowering interest rates are both viable options,” Zeng Gang, vice director at National Institution for Finance and Development, told state-owned China Securities Journal in an interview.

Many analysts expect the People’s Bank of China to deliver a further cut to the amount of cash banks must hold as reserves later this year to lift growth, on top of July’s cut which released around 1 trillion yuan ($6.47 trillion) in long-term liquidity into the economy.