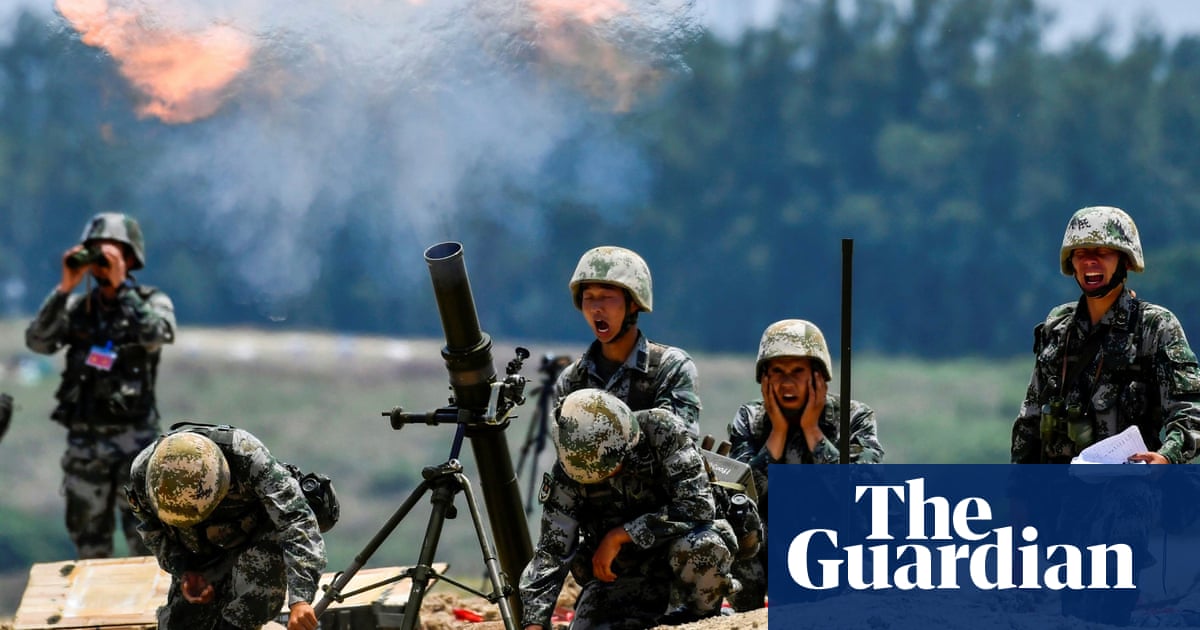 China will be capable of mounting a full scale invasion of Taiwan by 2025, the island’s defence minister Chiu Kuo-cheng has said, describing current tensions as the worst in 40 years.

Speaking to the China Times on Wednesday, Chiu said China was capable now, but would be completely prepared to launch an invasion in three years.

“By 2025, China will bring the cost and attrition to its lowest. It has the capacity now, but it will not start a war easily, having to take many other things into consideration,” he said.

Beijing sent about 150 warplanes into Taiwan’s air defence zone over four days beginning on Friday, the same day China marked a key patriotic holiday, in a record escalation of its grey zone military activity directed towards the island.

Beijing claims Taiwan as a province of China and has vowed to retake it, by force if necessary, and accuses its democratically elected government of being separatists. Taiwan’s government says it is already a sovereign nation with no need to declare independence. On Tuesday Taiwan’s president Tsai Ing-wen wrote that Taiwan would not be “adventurists” but would do “whatever it takes” to defend itself.

While there is growing speculation that China many make a move on Taiwan, the timing and nature of such action is strongly debated among analysts and government figures.

Chiu’s comments came as Taiwan’s legislature reviewed a T$240bn ($8.6bn) special defence budget bill. About two-thirds would be spent on anti-ship weapons such as land-based missile systems, including a T$148.9bn plan to mass produce homegrown missiles and “high-performance” ships.

He told a parliamentary committee the situation was “the most serious” in more than 40 years since he joined the military, and there was a risk of a “misfire” across the sensitive Taiwan Strait.

“For me as a military man, the urgency is right in front of me,” he said.

In a preamble to the proposal, the defence ministry noted China’s increased military spending, particularly on advanced fighters and amphibious warfare ships, and stepped-up Chinese air force and navy activity near Taiwan.

“The military threats and provocation are even more than before,” it said, adding that any crisis was likely to escalate fast.

Taiwan is vastly outgunned by China’s military and so has focused on developing an asymmetric, or “porcupine” defence system to deter or repel a ground invasion. It has also lobbied for intelligence and logistical support from other nations including Australia, Japan, and the US – which also sells Taiwan weapons.

Earlier on Wednesday US president Joe Biden said he had spoken with Chinese president Xi Jinping and they have agreed to abide by the Taiwan agreement.

“I’ve spoken with Xi about Taiwan. We agree … we’ll abide by the Taiwan agreement,” he said. “We made it clear that I don’t think he should be doing anything other than abiding by the agreement.“

It wasn’t clear what agreement Biden was referring to. Washington has a longstanding “one-China policy” under which it officially recognises Beijing rather than Taipei, grounded in the Three Joint Communiques, the Six Assurances, & the Taiwan Relations Act, which makes clear the US decision to establish diplomatic ties with Beijing instead of Taiwan rests upon the expectation that the future of Taiwan will be determined by peaceful means.

But China characterises those declarations – which are not agreements – differently. Beijing two days ago referred to the US policies as having been unilaterally “cooked up”, and frequently claims that other governments are bound by its own “one-China principle”, which declares Taiwan to be a province of China.

Various other nations have their own “one China” policies, which lay out the level of recognition their governments afford Beijing’s policy. The US and Australia, for example, acknowledge but do not recognise Beijing’s claim over Taiwan.

In his comments about Taiwan, Biden also appeared to be referencing a 90-minute call he held with Xi on 9 September, their first talks in seven months, in which they discussed the need to ensure that competition between the world’s two largest economies does not veer into conflict.

Biden is dispatching White House national security adviser Jake Sullivan for talks with senior Chinese foreign policy adviser Yang Jiechi in Switzerland as the two countries find themselves at odds on a variety of issues, including Taiwan and trade.