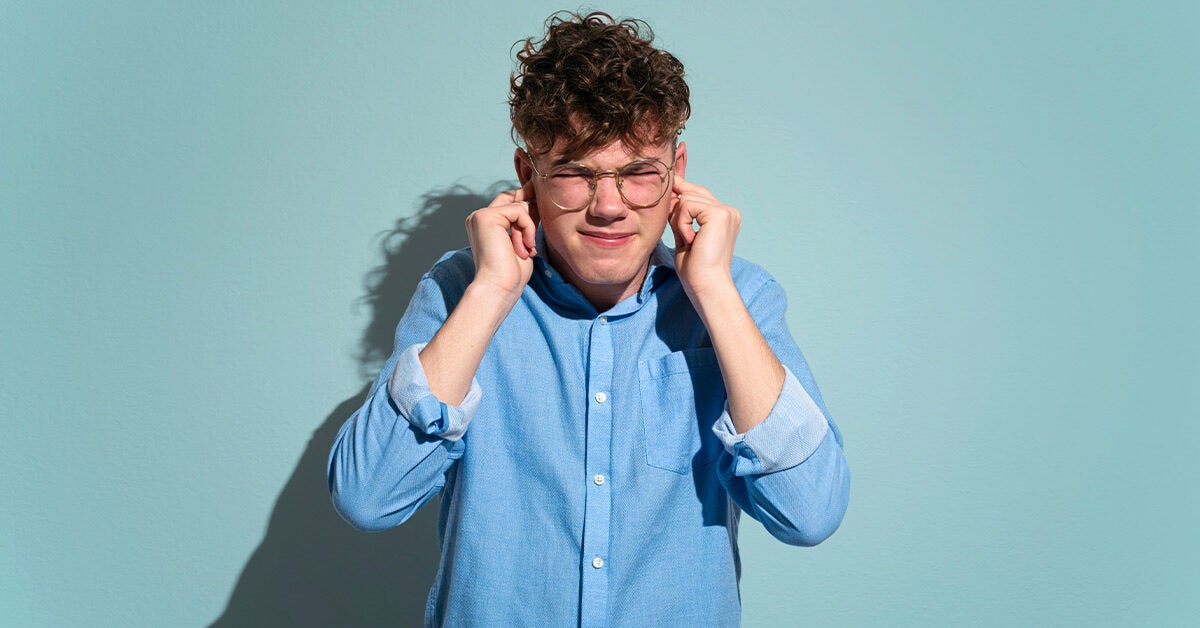 Tinnitus is the medical term for noise in your ear in the absence of an external sound. It’s a common condition that’s thought to affect about 10 percent of people. The sound may come or go or remain constant.

People with tinnitus often describe the sound in their ear as a:

COVID-19 vaccines are linked to a wide range of potential side effects. Tinnitus appears to be a very rare side effect, but researchers are continuing to examine the link. Keep reading to learn what the latest studies have found.

COVID-19 vaccines approved for emergency or permanent use in the United States have undergone extensive safety testing.

For the vast majority of people, vaccines are safe and effective at reducing the spread of COVID-19. But mild side effects are fairly common.

Some researchers hypothesize that there may be a link between COVID-19 vaccines and tinnitus, but as of now, there isn’t enough research to confirm a relationship.

The Centers for Disease Control and Prevention (CDC) keep track of vaccine side effects reported by healthcare professionals, vaccine manufacturers, and the public in its Vaccine Adverse Event Reporting System (VAERS) database.

Of more than 362 million COVID-19 vaccine doses administered in the United States through August 2021, VAERS data reports 9,166 cases of people experiencing tinnitus after receiving a vaccine.

This means that tinnitus has been reported roughly once per every 40,000 vaccine doses.

But it’s important to note that just because there’s a correlation, it doesn’t mean receiving the vaccines causes tinnitus.

It could be that someone’s tinnitus is unrelated to the vaccine. It’s also possible that tinnitus is more common, assuming that not every case of tinnitus was reported.

Tinnitus is a fairly rare side effect of some other types of vaccines, like:

In phase 3 clinical trials of Johnson & Johnson’s COVID-19 vaccine, 6 out of 19,630 (0.03 percent) experienced tinnitus after receiving a vaccine, compared with 0 people in the placebo group.

All six people who developed tinnitus had at least one condition that could have increased a chance of developing the condition:

After reviewing the clinical trial, the FDA concluded that there was insufficient evidence to determine that the vaccine directly caused tinnitus.

It’s still not clear why some people develop tinnitus after receiving a COVID-19 vaccine.

In a March 2021 study published in the International Journal of Audiology, researchers described three case studies of people who developed tinnitus soon after COVID-19 vaccination. The authors of the study speculated that a hypersensitivity reaction may play a role in the development of tinnitus.

They thought the reaction could lead to an abnormal autoimmune response or a change in blood flow that damages the cochlea, which converts sound vibrations to electric signals your brain can interpret.

The authors also posed that having a history of allergies or autoimmune disorders may increase the likelihood of an autoimmune response that was difficult to manage.

“Vaccine anxiety,” or anxiety about getting a vaccine, has also been posed as a possible contributing factor.

People who develop COVID-19 can develop a wide range of symptoms.

There still aren’t a lot of studies examining the link between COVID-19 and tinnitus. Some other viral infections have been linked to hearing loss or inner ear damage, so it’s plausible that COVID-19 could also lead to these conditions.

In a 2020 study that includes data from 15 Italian hospitals, researchers found that out of 185 people who had COVID-19, 43 people reported experiencing tinnitus.

In a 2021 review of studies that analyzed data from 2,165 people, researchers found that tinnitus was present in 4.5 percent of people with COVID-19.

But given the prevalence of tinnitus in the overall population, it’s hard to determine what the actual connection is between the two.

It’s still not clear why COVID-19 may contribute to the development of tinnitus. It’s possible that damage or inflammation from the virus contributes.

The most common cause of tinnitus is ear damage. Exposure to a loud sound or repeated exposure to loud sounds can damage the hairlike structures in your cochlea and cause hearing loss.

Trauma to your head can damage structures in your inner ear as well as your auditory nerve. Generally, tinnitus caused by an injury only occurs on one side.

A blockage in your ear canal can put pressure on your eardrum and cause tinnitus.

Excessive ear wax, foreign objects, dirt, and eustachian tube dysfunction (when the mucosal lining of the tube is swollen, or doesn’t open or close properly) are possible sources of obstruction.

A number of medications can cause tinnitus as a side effect. According to the American Tinnitus Association, some of these medications include:

Stress and anxiety haven’t been found to directly cause tinnitus, but many people find their symptoms are worse during periods of high stress.

A 2018 study found the presence of stress symptoms was observed in the majority of people with chronic tinnitus.

Many people with tinnitus find their symptoms subside after a short time, or come and go. But if your symptoms are persistent or only occur in one ear, it’s a good idea to see a doctor to rule out a serious medical condition.

Other symptoms that may warrant contacting a doctor include:

More research is needed to understand if vaccine-related tinnitus resolves on its own. Limited evidence suggests that it does usually go away.

In the six people who developed tinnitus in the Johnson & Johnson phase 3 clinical trial, five people had recovered or were recovering at the time of publication.

In the three case studies published in the International Journal of Audiology, tinnitus cleared up rapidly in two of the three people.

If your tinnitus doesn’t go away, a doctor may recommend a combination of treatments including:

Some people report tinnitus after receiving a COVID-19 vaccine, although it appears to be very rare. More research is needed to fully understand the link.

At this time, there isn’t enough evidence showing that tinnitus is caused by COVID-19 vaccines. Serious side effects of COVID-19 are very rare.

Getting vaccinated is an effective way to protect yourself and others from developing COVID-19.