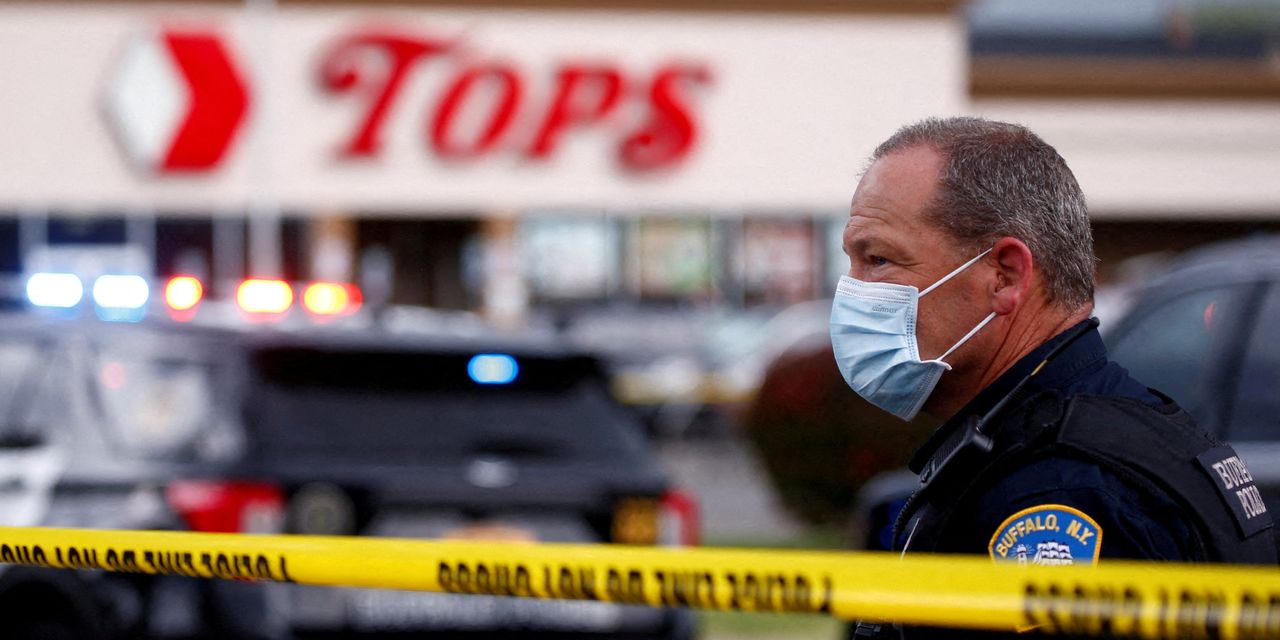 At least 10 people were killed and three more wounded Saturday after a gunman opened fire in a Buffalo, N.Y., supermarket in a mass shooting law-enforcement officials said they are investigating as a racially motivated hate crime.

Buffalo Police Commissioner Joseph Gramaglia said the suspect, an 18-year-old white male, drove to the Tops Friendly Markets store from out of town. He was heavily armed and wearing tactical gear and a helmet, Mr. Gramaglia said at a news conference.