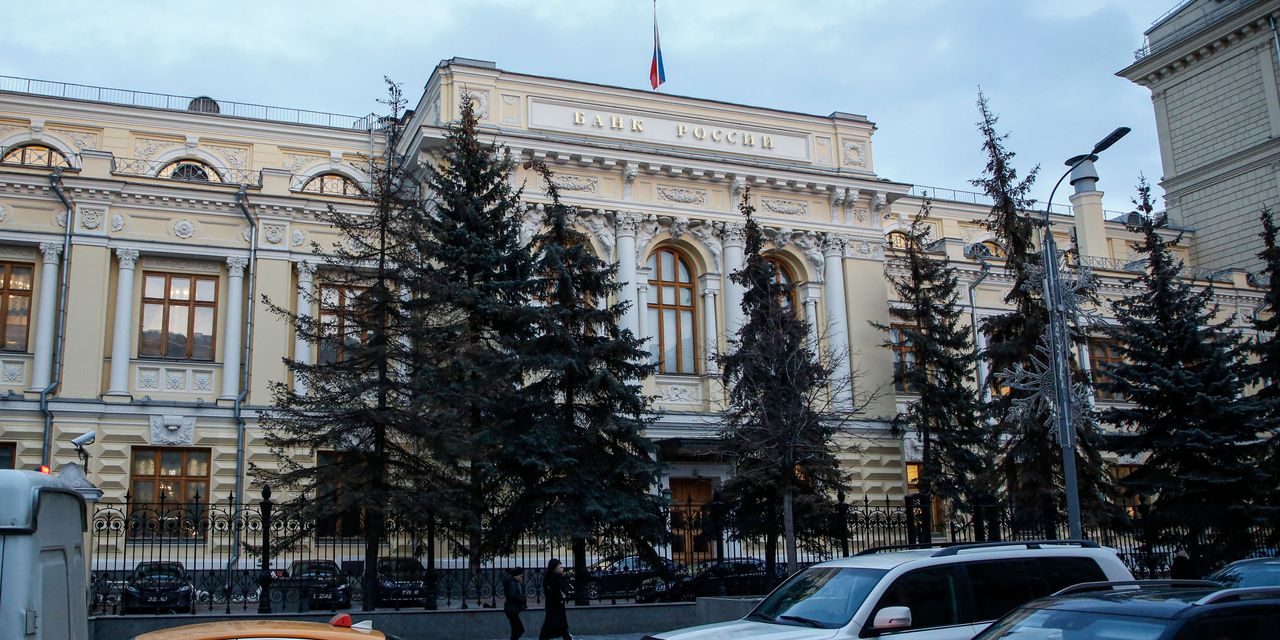 The coordinated action blocks the central bank from selling dollars, euros and other foreign currencies in its reserves stockpile to stabilize the ruble. Announcing the move Monday in Washington before U.S. markets opened, U.S. officials said they intended the sanctions to stoke already surging inflation, and the actions against the Bank of Russia are intended in effect to neutralize the country’s monetary defenses.

The sanctions also target another major government stockpile of assets, a key sovereign-wealth fund called the Russian Direct Investment Fund, and prevent Moscow from using other government and private banks to sidestep sanctions on its financial system, the officials said. In a statement, the fund said the action “demonstrates that the U.S. has picked the course to destroy constructive dialogue between countries.”

The U.S.’s actions, coordinated with European and other Western allies, are part of its broader effort to compel the Kremlin to abandon its invasion of Ukraine.

“Fortress Russia will be exposed as a myth,” said a senior Biden administration official Monday, referring to Moscow’s efforts in recent years to armor its economy against Western sanctions including by amassing a $630 billion war chest of reserves at its central bank.

In Moscow, the governor of the Bank of Russia warned that the Western sanctions on Russia’s financial system had exacted a dire toll on the Russian economy. The sanctions have cut major Russian banks’ access to the dollar and other reserve currencies and will soon sever some from the Swift financial transaction messaging system.

“The conditions for the Russian economy have altered dramatically,” Elvira Nabiullina said in a statement Monday. “The banking sector is now experiencing a structural liquidity deficit,” she said, referring to a shortage of easily accessible money critical to keep the financial system running.

To stem the damage to its currency and keep the banking sector afloat, the central bank doubled its benchmark rates on Monday to 20% in an attempt to attract savings into banks. The government also imposed capital controls, blocking residents from sending money to foreign bank accounts and restricting payments on offshore debt.

The Russian ruble fell as low as 119 to the U.S. dollar from 83 on Friday, a drop of more than 20%, before recovering to be down 13%, on track for one of its biggest single-day declines on record. Since Western governments started warning four months ago that Russian President Vladimir Putin was planning to invade Ukraine, the ruble has lost roughly a third of its value.

On Monday, the U.S. Treasury Department imposed the blockade on the Russian central bank before U.S. markets opened to prevent it from moving its assets held abroad, U.S. officials said.

The fighting sent many Ukrainians abroad, while the country’s forces protected the capital and a delegation met with Russian counterparts in Belarus

Bullet holes in a car window in Kyiv on Monday.

In addition to causing general economic pain to press Mr. Putin to abandon the Ukraine war, the moves on the Russian bank are intended to make it more expensive for Moscow to wage it.

The U.S. is carving out exemptions for energy payments to cushion the European and global economies against the inflation that would result from cutting off exports from one of the world’s top oil and natural gas providers.

But hitting the Russian central bank risks squeezing exports of energy and other commodities from the world’s 12th largest economy, the Institute for International Finance, a consortium of the world’s largest financial institutions, said in a report Monday. The cumulative effect on Russia’s economy of the sanctions could add to global inflation, the group warned.

How effective do you think sanctions against Russia will be? Join the conversation below.

“We may see commodity prices surge,” the IIF said in its report.

One reason: Although energy and other commodity payments are exempt from the sanctions, financial industry compliance officers say many Western institutions are wary of facilitating any transaction with Russian banks, over concern that they will run afoul of the measures.

“You are going to see disruptions of virtually the majority of payments,” said Justine Walker, head of sanctions and risk at the Associate of Certified Anti-Money Laundering Specialists, who has been consulting major western banks over the past week.

Collectively, the actions taken over the past week represent one of the West’s biggest sanctions campaigns in the last half-century, said current and former U.S. officials.

“We believe…that these economic measures will apply pressure on the Russian Federation to ultimately do the right thing, and that is to bring an end to this conflict,” State Department spokesman Ned Price said Monday.

—Peter Landers in Tokyo and Laurence Norman in Brussels contributed to this article.

Write to Ian Talley at ian.talley@wsj.com