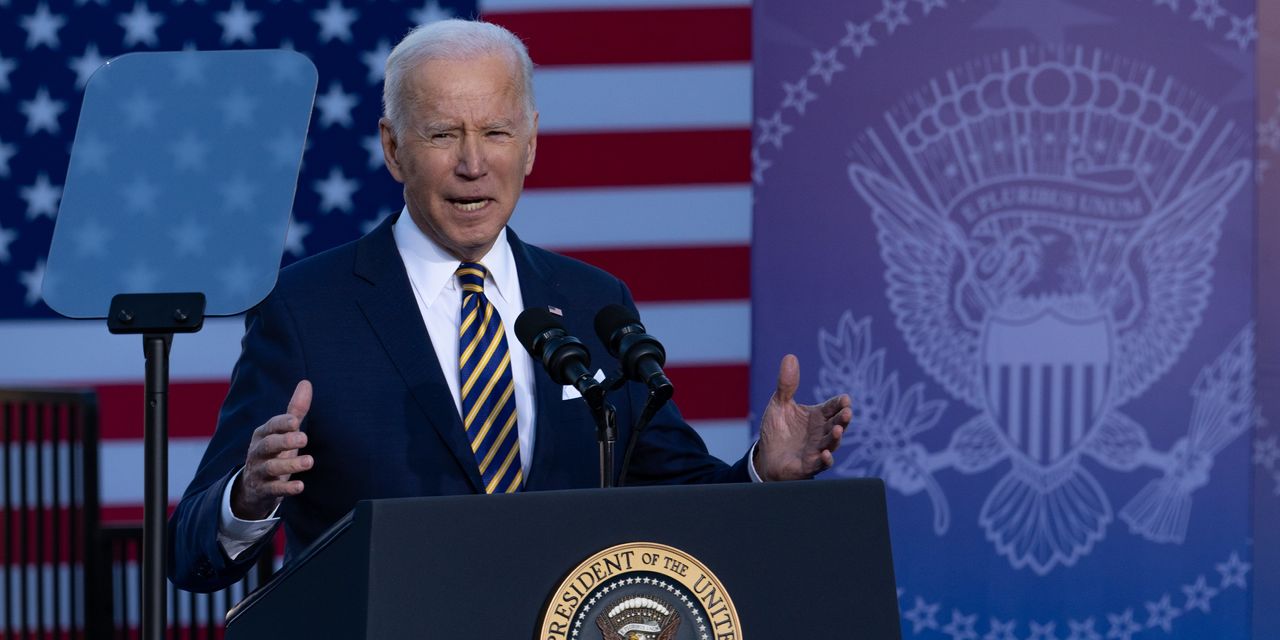 President Biden went down to Georgia Tuesday to deliver an apocalyptic speech about the dangers facing our democracy. This is, he said, one of those “moments so stark that they divide all that came before and everything that followed.”

The first threat to democracy was the Jan. 6 attack on the Capitol by “forces that attempted a coup.” The other threat comes from election reforms passed in 2021 by GOP state legislators who the president said want “to suppress your vote, to subvert our elections.”

Mr. Biden argued that the U.S. Senate must respond and “defend our democracy” by passing the Freedom to Vote Act and the John Lewis Voting Rights Advancement Act. The former would authorize a federal takeover of elections; the latter would supersede a Supreme Court ruling that gives states greater freedom to change election laws. The president said passing both bills would be a victory of “democracy over autocracy, light over shadow, justice over injustice.”

First, neither the Freedom to Vote nor the John Lewis bill has anything to do with preventing another Jan. 6 attack. The federal government has many tools to prosecute those who broke into the Capitol, assaulted approximately 140 police officers, and interfered with a joint congressional session. Nothing in the bills expands or improves those powers.

Second, Mr. Biden was wrong to say Georgia Republicans passed “new laws designed to suppress your vote, to subvert our elections.” He substituted adjectives for evidence. His claims don’t survive even minimal scrutiny.

The president opened his assault on Georgia GOP legislators by saying “they’re making it harder for you to vote by mail.” He was referring to the new state law that prohibits local officials and private groups from mailing unsolicited absentee-ballot applications.

Previously, Georgia didn’t have a law allowing jurisdictions to mail everyone an absentee ballot application. When counties and political groups did so in 2020 under emergency rules, election officials received numerous multiple applications from the same voters. Georgia moved to end the confusion.

So is Mr. Biden’s claim that making voters request an absentee-voting application rather than mailing one to everyone “voter suppression” accurate? Let’s compare Georgia with a liberal state, New York.

Like Georgia, New York requires people seeking to vote absentee-by-mail to request an application and doesn’t mail applications to everyone automatically. Yet while Georgia allows anyone to vote by mail, New Yorkers can’t vote absentee by mail unless they are out of town on Election Day, ill, disabled, taking care of someone who is ill or disabled, in a Veterans Health Administration hospital, or in jail for a nonfelony offense. Last fall, New Yorkers voted down a constitutional amendment to liberalize the state’s laws on vote-by-mail by 55% 45%. So when will the president travel to Times Square to condemn New York as an existential threat to American democracy?

The president also whacked Georgia for setting standards for the drop boxes where voters can deposit absentee ballots in lieu of mailing them. The state’s new law requires every county to provide a box (with additional ones for every 100,000 citizens), standardizes the hours during which they can be used, and requires boxes to be continually monitored. Mr. Biden called this “undemocratic.” Yet in the blue states of Delaware, Illinois, New Jersey and New York, which don’t have laws regulating drop boxes, you’d expect more unequal treatment and abuse. Areas that are unfavorable to the party in power may receive shorter hours or fewer drop boxes. By comparison, as a protection against manipulation and unfair treatment, all of Georgia is treated the same.

Mr. Biden then railed against the Georgia law prohibiting groups from providing food and beverages to voters within 150 feet of a polling location. “That’s not America!” the president exclaimed. Actually, it is. Almost every state has similar provisions forbidding electioneering near polling places. It’s banned within 50 feet in Mr. Biden’s Delaware and 100 feet in California, Illinois, New Jersey and New York. Was it the extra 50 or 100 feet that caused the president to label Georgia a hotbed of Jim Crow 2.0 “election subversion”?

I could go on, but you get the point. Georgia’s reforms don’t justify Mr. Biden’s cries of “voter suppression” or passage of the Freedom to Vote and the John Lewis Act. Mr. Biden knows there’s little chance those bills will pass anyway; that would require killing the Senate filibuster, which isn’t happening.

Tuesday was merely campaign kabuki to show progressives Mr. Biden was doing his darnedest to get their priorities approved. But it’s unlikely to help his party in 2022 that the president is focused on passing a federal election takeover through embellishment and vilification, rather than addressing Americans’ actual concerns—inflation, Covid, border security, jobs and Russia. And he’s undermining confidence in our elections in the process. Congratulations, Mr. President, way to go.

Mr. Rove helped organize the political-action committee American Crossroads and is author of “The Triumph of William McKinley” (Simon & Schuster, 2015).