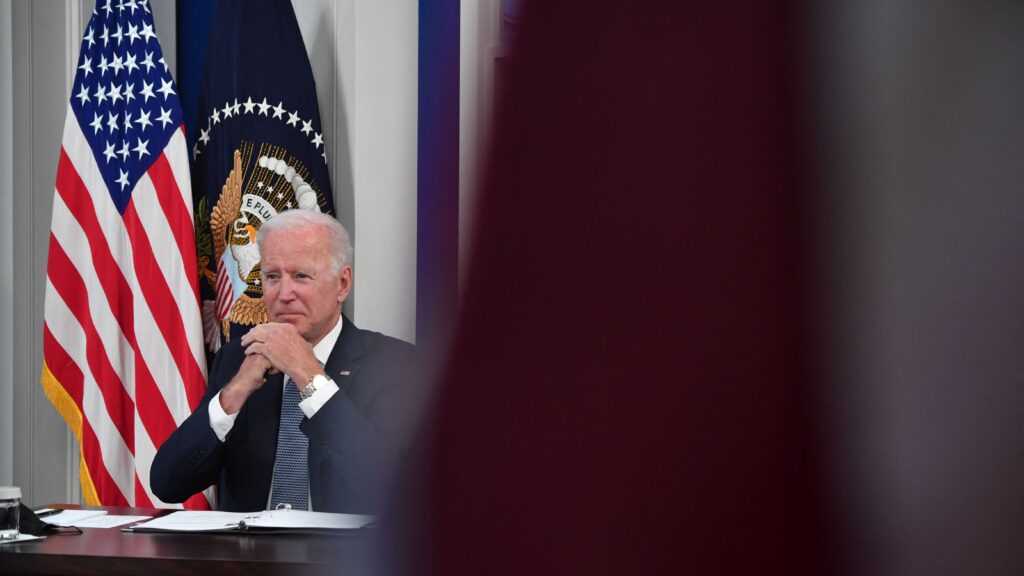 The White House announced on Wednesday a $1 billion purchase of at-home rapid tests for Covid-19, a move aimed at scaling up test production in the U.S. and quadrupling the availability of the tests by December.

“In the past few months, testing has increased — particularly at-home testing, a convenient option that came to market earlier this year. To meet this increased demand, the president’s plan ramps up both the availability of tests and access to free testing,” said Jeff Zients, the White House coronavirus response coordinator, at a briefing with reporters.

Demand for fully at-home rapid tests has surged in recent weeks, due in part to the Biden administration’s announced mandate of weekly testing for unvaccinated employees at workplaces of over 100 people. At-home testing suppliers have struggled to meet this demand in a way not experienced elsewhere: In Europe, for instance, regulators have approved a wider variety of tests and have subsidized their cost to consumers.

Previous efforts to expand the country’s at-home testing infrastructure have been met with skepticism by experts. In February, Eric Topol, chair of innovative medicine at Scripps Research, told STAT that a $231.8 million deal to produce Ellume’s over-the-counter Covid test was “a waste of money.” The test costs a consumer around $30 and delivers results via an app, making frequent testing costly and leaving out those who cannot afford or navigate the technology. Rather than simply producing more tests, Topol said federal subsidies would be needed to decrease these inequities.

When asked whether the administration’s recent investments in at-home rapid testing should have occurred sooner, Zients said at-home testing only came to market earlier this year. He added that by December, half of the testing market will comprise at-home tests, “a product that didn’t exist when the president came into office.”

The funding will augment another $2 billion the Biden administration said it would put toward rapid test purchases in September. The additional money will contribute to expanding the full U.S. market for testing to 200 million tests per month, Zients said. Some of these tests will be distributed freely at pharmacies — Zients said the government will meet its goal of opening 10,000 of such distribution sites in the coming weeks and announced the goal of doubling the program to 20,000 local pharmacies.

On Monday, the Food and Drug Administration issued an emergency authorization to ACON Laboratories for its Covid-19 home test, a rapid antigen test that gives results within 15 minutes. Zients said the authorization will bring tens of millions of tests to market with retail prices under $10; he did not share which companies’ tests the new funding will purchase but said Quidel and OraSure committed to expand manufacturing of their authorized rapid tests.