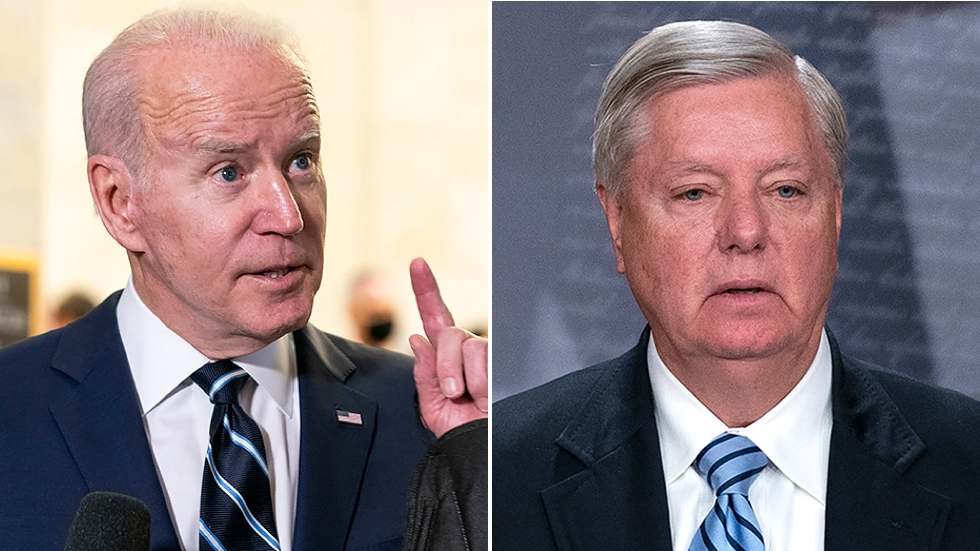 “Think about what these guys are talking about,” said Biden at a Democratic National Committee fundraiser in New York City, referring to the bill and its Republican supporters.

The bill does in fact include exceptions in cases of rape, incest and physical dangers to the life of the mother. It specifically authorizes abortion when “the pregnancy is a result of rape against a minor or incest against a minor,” in addition to rape against an adult woman.

“I think we should have a law at the federal level that would say after 15 weeks, no abortion on demand except in cases of rape, incest and save the life of a mother. And that should be where America’s at,” Graham said at a press conference after introducing the bill.

Graham’s bill represents a switch in his own opinion on abortion law since discussing the overturn of Roe in August, when he praised the Supreme Court for returning decisions on abortion to the states.

Biden continued at the DNC fundraiser, speaking on the proposed abortion ban: “Well, the good news is — for me, anyway — I’m going to be around at least for another two years, so he can pass or it not, I’m going to veto it. It’s not going to happen.”

He continued: “I happen to be a practicing Roman Catholic. My church doesn’t even make that argument now.”

The official catechism of the Roman Catholic Church says that “From the first moment of his existence, a human being must be recognized as having the rights of a person – among which is the inviolable right of every innocent being to life.”

“Since the first century the Church has affirmed the moral evil of every procured abortion. This teaching has not changed and remains unchangeable,” reads the catechism published by The Vatican, which does not reference situations of rape or incest.

However, the views of self-identifying Catholics in the U.S. differ on the issue, with a 56 percent majority saying that abortion should be legal in most or all cases according to Pew Research Center.

Among professing Catholics who attend Mass weekly or more often than once a week, 68 percent say that abortion should be illegal in most or all cases.