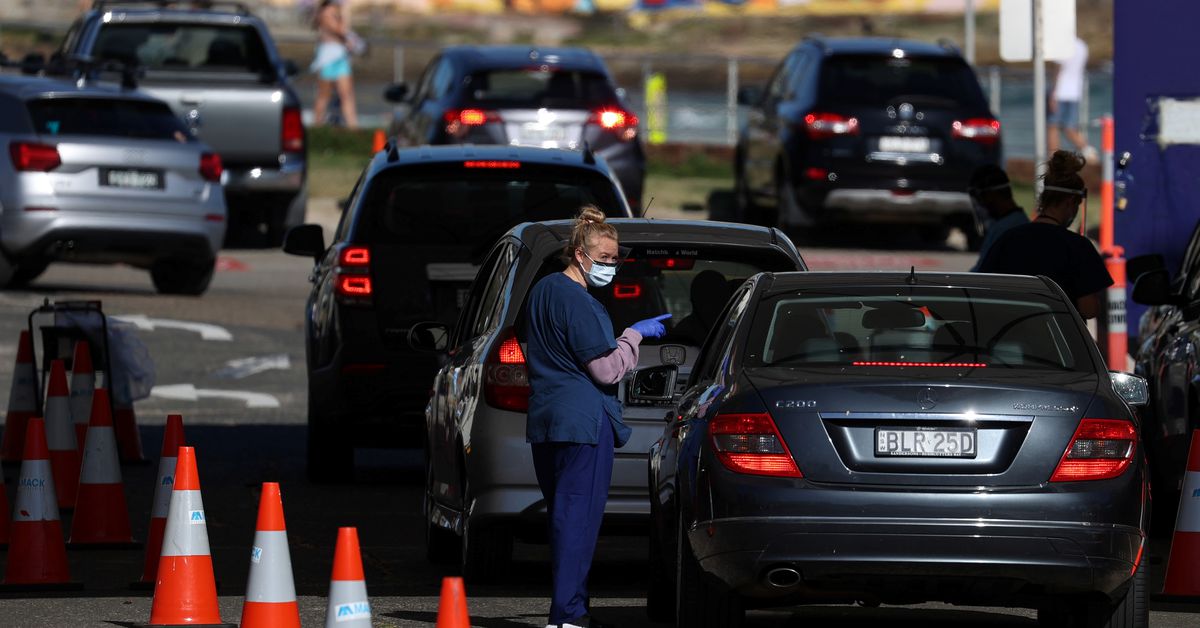 A total of 1,420 new locally acquired cases were reported in Victoria, most of them in the state capital Melbourne, down from a record 1,763 on Tuesday. Eleven new deaths were registered, the state’s highest daily number in the current outbreak.

Melbourne has been in lockdown since Aug. 5 as Australia grapples with a third wave of infections fuelled by the fast-moving Delta variant that has also put millions in Sydney, its largest city, and the capital Canberra, under strict stay-home rules. Most other states have zero or low cases.

Victorian authorities plan to relax some tough restrictions once 70% of the adult population is fully vaccinated, expected in late October. More curbs will be eased at 80%.

In neighbouring New South Wales, Sydney is due to exit lockdown on Oct. 11, after a rapid vaccination programme. About 68% of the adult population has been fully vaccinated in the state, with the number expected to reach 70% by Thursday. Daily infections fell below 600 for the first time in more than seven weeks on Wednesday.

Newly elected state Premier Dominic Perrottet said he would “raise a number of issues” about the state’s reopening plans at a meeting with health officials later on Wednesday.

“Whatever we do, we want to make sure it is done in a way that keeps people safe … but ultimately, it is important to get people back into town because we want to breathe life into Sydney,” Perrottet told radio station 2GB.

Australia’s infection numbers are lower than many comparable countries, with around 117,800 cases and 1,379 deaths. Increased vaccination levels have kept the death rate in the current Delta flare-up below last year’s outbreaks.