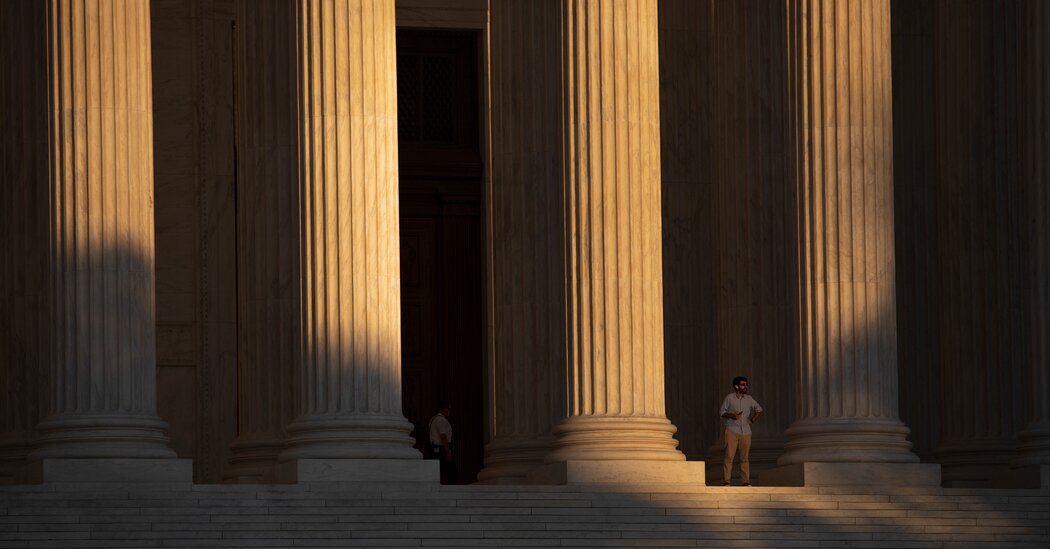 WASHINGTON — Twenty years after the Sept. 11 attacks, the Supreme Court on Wednesday found itself struggling to address two issues stemming from that period: torture and government secrecy. Before the justices were done for the day, the proceedings had taken a surprising turn.

The basic question for the justices was whether the government could invoke national security to block testimony by two C.I.A. contractors who were instrumental in the brutal interrogations of the detainee known as Abu Zubaydah, who was waterboarded more than 60 times and is being held without charge at Guantánamo Bay.

Abu Zubaydah sought to subpoena the contractors in connection with a Polish criminal investigation. The inquiry was prompted by a determination by the European Court of Human Rights that he had been tortured in 2002 and 2003 at secret sites operated by the C.I.A., including one in Poland.

The United States government invoked the state secrets doctrine to bar the contractors from testifying in an apparent effort to avoid formally admitting what is common knowledge: that Poland was host to one of the so-called black sites.

Three justices proposed a novel solution: Why not let Abu Zubaydah himself testify in connection with the Polish inquiry? By allowing him to describe what he had endured, the justices suggested, the court could sidestep the question of whether the government had to allow the C.I.A. contractors to appear.

“Why doesn’t he testify?” Justice Stephen G. Breyer asked Abu Zubaydah’s lawyer. “He was there. Why doesn’t he say this is what happened?”

The lawyer, David F. Klein, said that was not possible. “He has been held in Guantánamo incommunicado,” Mr. Klein said of his client.

“Why not make the witness available?” Justice Gorsuch asked Brian H. Fletcher, the acting United States solicitor general. “What is the government’s objection to the witness testifying to his own treatment?”

Justice Sonia Sotomayor pursued the point. “Are you going to let him testify as to what happened to him?” she asked.

Mr. Fletcher would not give a direct answer. “I’m not prepared to make representations for the United States, especially on matters of national security,” he said.

But he promised to give the court a more considered response, presumably in a letter, after consulting with other government officials.

“This case has been litigated for years and all the way up to the United States Supreme Court,” he said, “and you haven’t considered whether that’s an off-ramp that the government could provide that would obviate the need for any of this?”

Justice Brett M. Kavanaugh, participating in the argument remotely after testing positive for the coronavirus last week, asked the last question, and it was an even more fundamental one. It concerned the status of the 2001 law that approved going to war against those responsible for the Sept. 11 terrorist attacks, the Authorization for Use of Military Force, or A.U.M.F.

Mr. Fletcher said yes. “That is the government’s position,” he said, “that notwithstanding withdrawal of troops from Afghanistan, we continue to be engaged in hostilities with Al Qaeda and therefore that detention under law of war remains proper.”

Most of Wednesday’s argument was devoted to an exploration of whether the government could invoke the state secrets doctrine to bar the C.I.A. contractors, James E. Mitchell and Bruce Jessen, from testifying about the torture of Abu Zubaydah, whose real name is Zayn al-Abidin Muhammad Husayn.

He was the first prisoner held by the C.I.A. after the Sept. 11 attacks to undergo so-called enhanced interrogation techniques, which were based on a list of suggestions drawn up for use on him by Dr. Mitchell and Dr. Jessen, both psychologists. It is undisputed that Abu Zubaydah was tortured at one or more black sites, and the justices frequently used the word “torture” to describe what he had endured.

What to Know About the Supreme Court Term

A blockbuster term begins. The Supreme Court, now dominated by six Republican appointees, returns to the bench to start a momentous term this fall in which it will consider eliminating the constitutional right to abortion and vastly expanding gun rights.

The big abortion case. The court seems poised to use a challenge to a Mississippi law that bars most abortions after 15 weeks to undermine and perhaps overturn Roe v. Wade, the 1973 decision that established a constitutional right to abortion. The ruling could effectively end legal abortion access for those living in much of the South and Midwest.

A major decision on guns. The court will also consider the constitutionality of a longstanding New York law that imposes strict limits on carrying guns outside the home. The court has not issued a major Second Amendment ruling in more than a decade.

Mr. Fletcher said Abu Zubaydah’s treatment was not a secret but that its location was. “Our nation’s covert intelligence partnerships depend on our partners’ trust that we will keep those relationships confidential,” he said.

That trust would be broken, he said, by confirming or denying the existence of an alleged C.I.A. facility in Poland.

That gave rise to a semantic puzzle. Was it possible to allow testimony from the contractors about what had happened but not where?

Chief Justice John G. Roberts said it seemed that the contractors could talk about many things other than the location of the events.

Mr. Fletcher disagreed. “You can’t take the location out of this proceeding because the whole point of the proceeding is to get evidence for a Polish investigation,” he said.

Mr. Klein, a lawyer for Abu Zubaydah, said he did not seek testimony about Poland, as a prosecutor there already had the relevant information. Rather, Mr. Klein said, he sought to provide the prosecutor with information about his client’s treatment by asking the contractors a series of questions.

“What happened inside Abu Zubaydah’s cell between December 2002 and September 2003?” he asked, giving the dates during which his client was understood to be held in Poland. “How was Abu Zubaydah fed? What was his medical condition? What was his cell like? And, yes, was he tortured?”

Justice Elena Kagan sketched out what she suggested was a gap in Mr. Klein’s argument.